The Super Mob Capsule 2000 mod adds mob capsules and craftable mob spawners to the game. The capsules can be used for capturing and relocating animals. And as you probably know, mob spawners can’t be crafted in the original version of Minecraft. But with this mod you can craft a spawner and ignite it with any type of mob. It’s perfect if you are a building a mob farm or similar.

To capture an animal you will need a Mob Capsule. Then use the Mob Capsule to tap on the animal which you want to catch.

The animal will disappear and a new item will be added to your inventory. In this case I captured a sheep. This means I got a Mob Capsule [Sheep] added to my inventory.

The animal can then be released by tapping on the ground using the Mob Capsule [Sheep] item. It can also be used for creating a mob spawner.

Spawners cannot be crafted in the default version of Minecraft. But if you use this mod you can craft any type of spawners.

Begin by crafting a Spawner block and then place it down on the ground.

And as you can see, a sheep mob spawner has been created and is in full process of producing sheep! 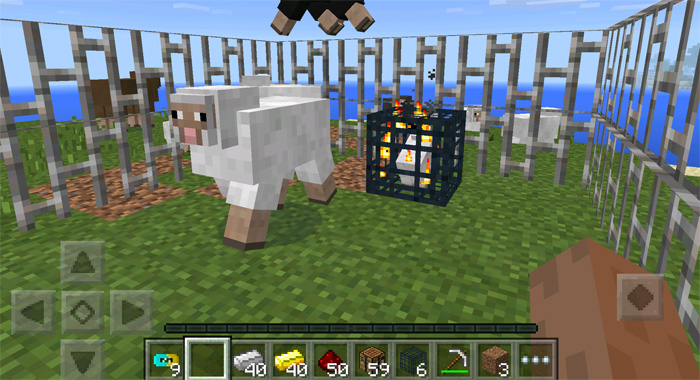