SuperPowerSoccer is a soccer minigame which can be played with up to 4 players. Choose between 7 different teams, score goals and win games. Most things in the map is automated by redstone mechanisms. For example, when scoring a goal some redstone lamps will light up on the wall showing which team scored.

To play this minigame you will need to be at least 2-4 players. Picking teams and so on is explained nicely in-game. Before entering the soccer field make sure you’ve grabbed the boots and a stick.

In the center of the arena you will see a villager. Don’t worry, the villager isn’t some crazy hooligan who’ve entered the soccer field, he is actually the ball! 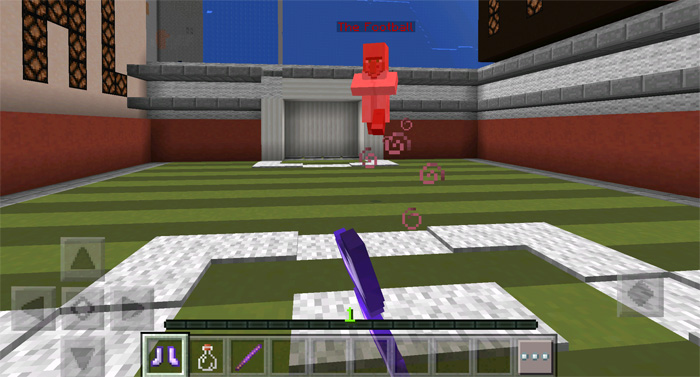 To score a goal kick the ball behind the two goal-posts and make sure it lands on the pressure plates. The redstome lamps will light up indicating which team have scored a goal.