Do you like swords in Minecraft? But do you think that there is not enough of them? Well this addon will add over 20 new swords to the game, all of which are craftable and some even having special abilities! Enjoy it!

ENABLE EXPERIMENTAL GAMEPLAY IN WORLD SETTINGS. If you don’t, the new items won’t show up.

There are a total of twenty-six new swords added in this addon as said above, with a few of them being variants for already existing swords. Most swords are crafted in the exact same way as you would make one, one stick at the bottom of the crafting grid and two materials on the slots above. You can also obtain all swords by typing /function swords in the chat. Additionally, in the newest update, I have created a tutorial world for this addon as the number of swords is getting higher and higher with each update! This world will teach you about all the swords, how to craft them and their abilities! I will put a list of the swords added by this addon below, though. 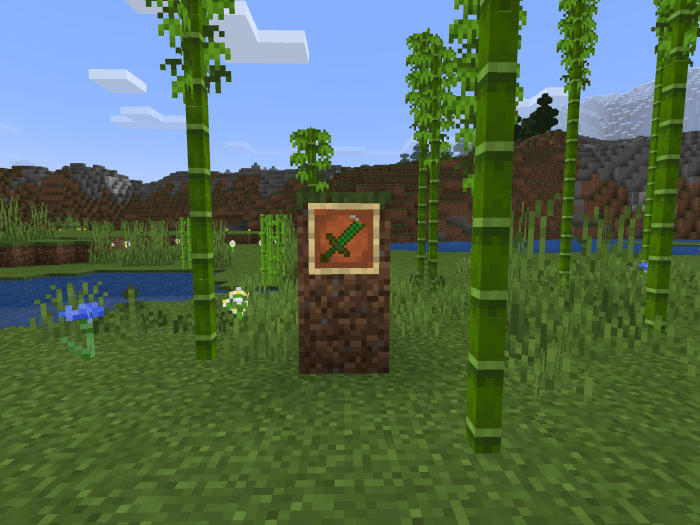 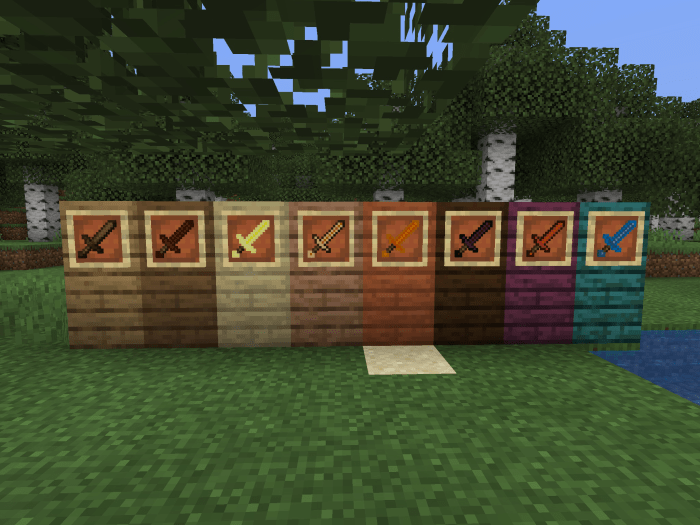 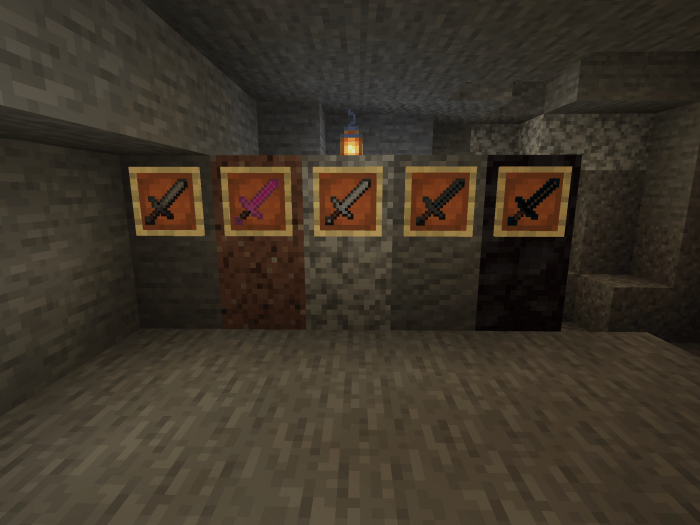 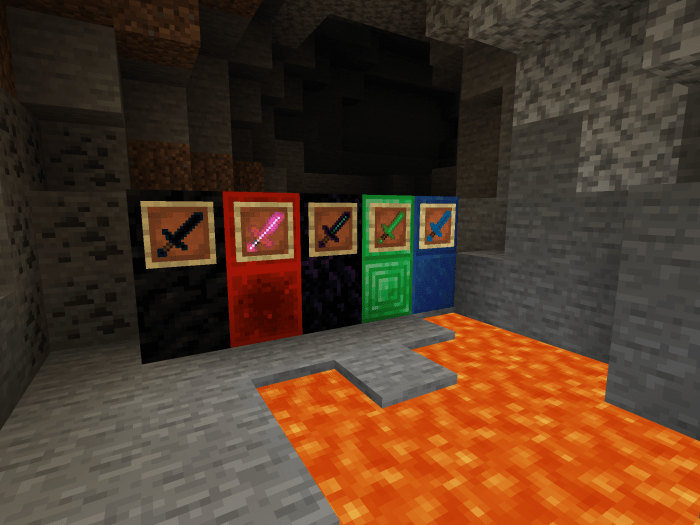 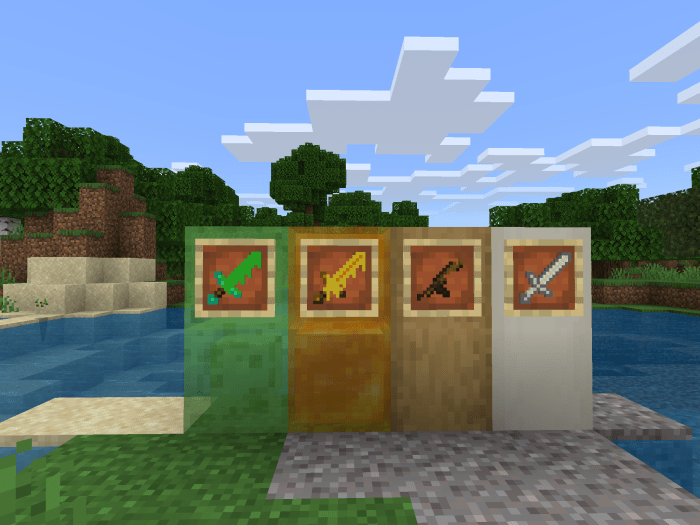 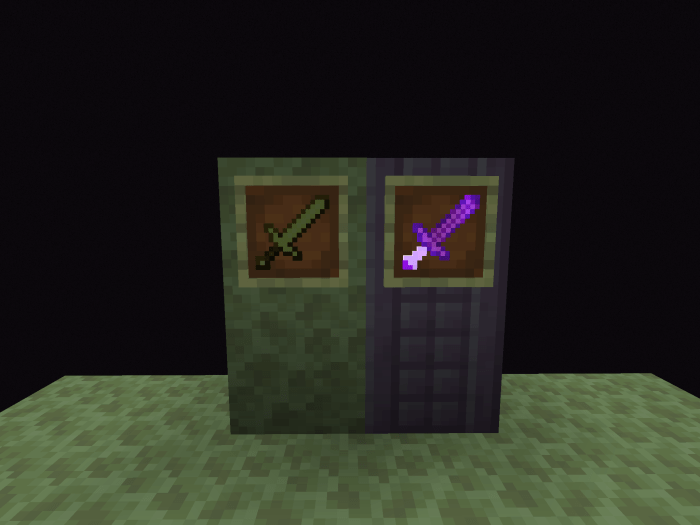 *Added a new swords+ example world that shows off all the swords, what they do and how to craft them!

*Reduced the effectiveness of the speed boost from the Lapis Sword

*Slightly buffed the damage of the Obsidian and Coal Swords

*Fixed the swords function command not giving you the end stone, bamboo and quartz swords

*Added a function command which gives you all swords added by this addon. The command is /function swords

*Sorted the positions of the images on the page. Previously, they were all clumped together which made the page look quite messy

*Further nerfed the damage and durability of the Obsidian Sword

*Added more info onto the page, and a reminder to ENABLE EXPERIMENTAL GAMEPLAY!!!

*Fixed the Obsidian Sword making you run super fast while holding it, it now instead makes you very slow. Dunno what caused this ._.

*Fixed an issue with the Magma Sword effects.

*The Obsidian Sword is very powerful but will slow you down while holding it. Craft it by surrounding a diamond sword with obsidian and crying obsidian!

*The Magma Sword provides fire resistance, mining fatigue and weakness when held. Craft it like a sword, but with a Blaze Rod instead of a stick and add some magma cream on the top, then put magma blocks next to the cream!

*All swords except for the emerald and lapis ones no longer provide an extra heart of health.

*Fixed an issue which sometimes caused brewing stands to be uncraftable.

I’m still working on fixing the sword recipes, expect to see a fix or workaround in the next update!