What this little plugin does is hide the touch controls and the inventory, chat, pause, emotes and interaction buttons, providing an experience just as if they were playing on the PC.

Some people want to play Minecraft having an interface as if they were playing on a pc, although it is actually from the mobile device, they do not want the controls and other buttons to appear during the game, these can be hidden using a gamepad or keyboard and mouse. But if you don’t have one of these things, it’s easier to use a texture that hides these buttons.

The texture now has 3 modes in which it hides these buttons.: 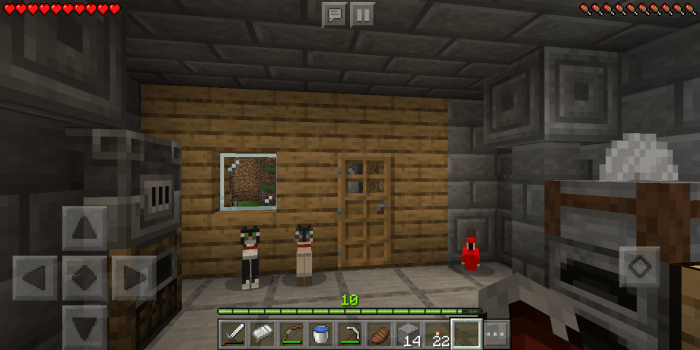 To select one of the following modes, you must touch the Settings icon and choose as you like. 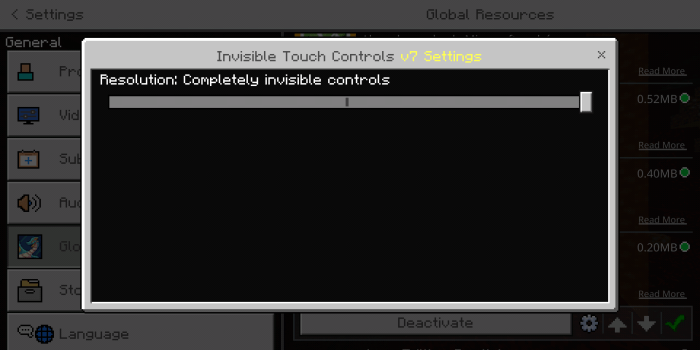 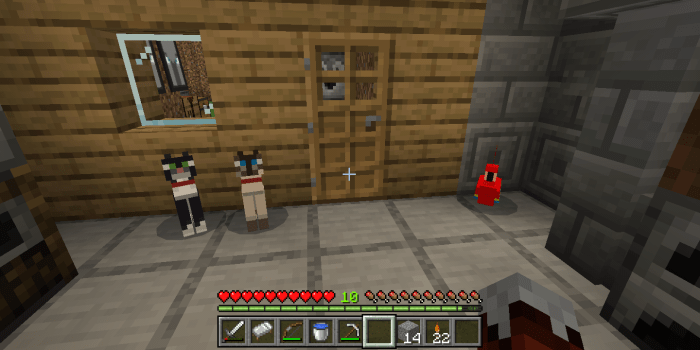 In this mode all buttons are hidden (controls, inventory button, chat, pause, emotes and interaction). 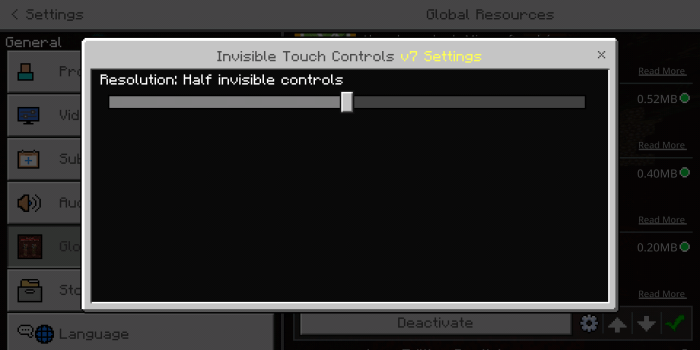 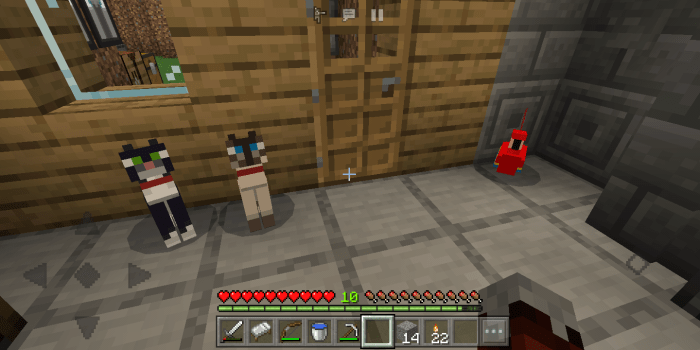 In this mode, only the background of the buttons is removed, leaving your their icon determined. In the case of the interaction button, only the text appears.

There is also the inventory button. 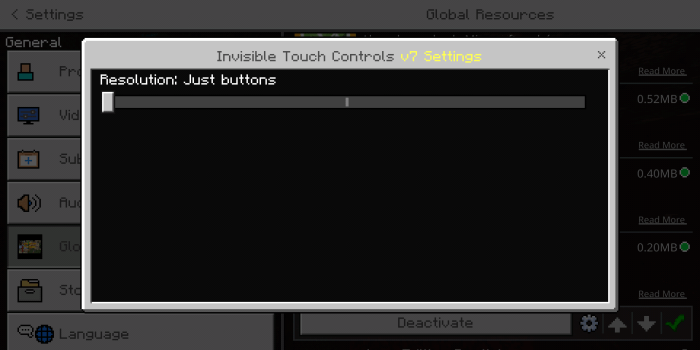 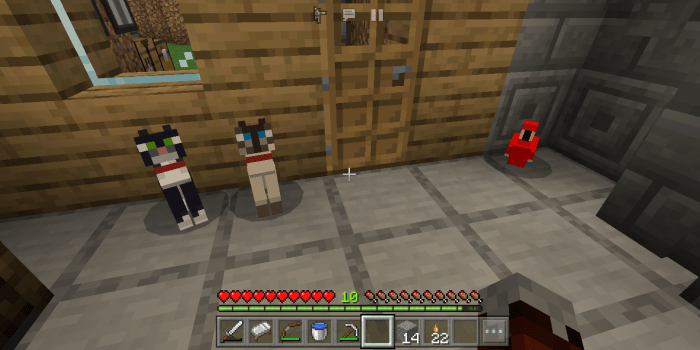 In this mode only the bottomless buttons remain, in the interaction button only the text appears.

There is also the inventory button.

It may be a simple change, but there are options to have a Java Edition-like interface. These options are “Split Controls”, “Classic Interface” and “Outline Selection”. 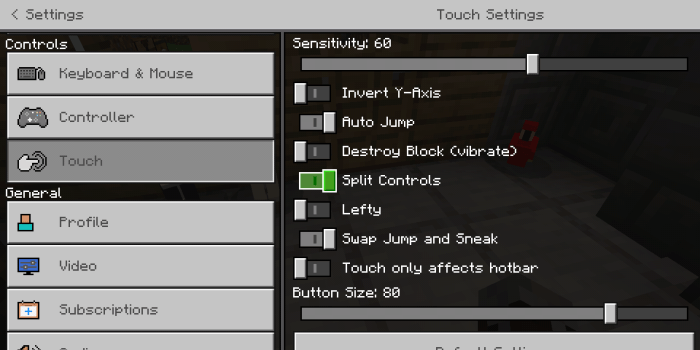 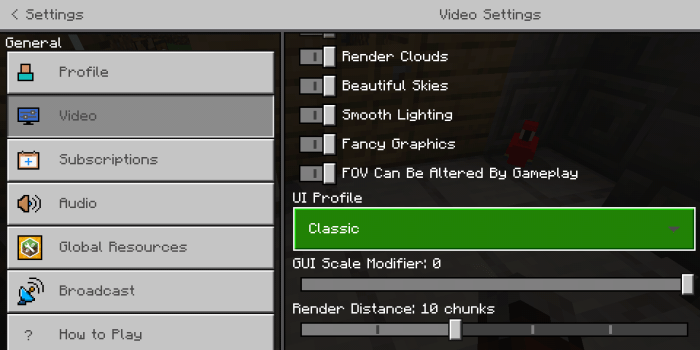 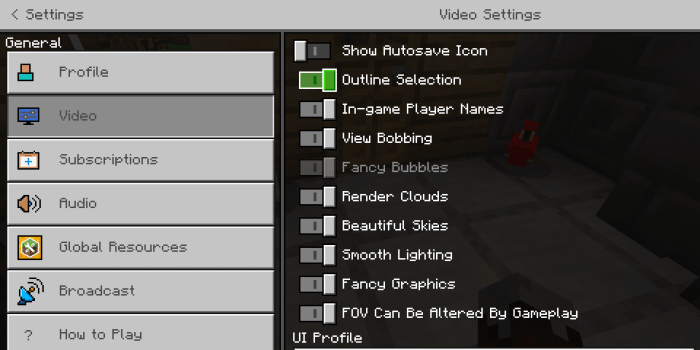 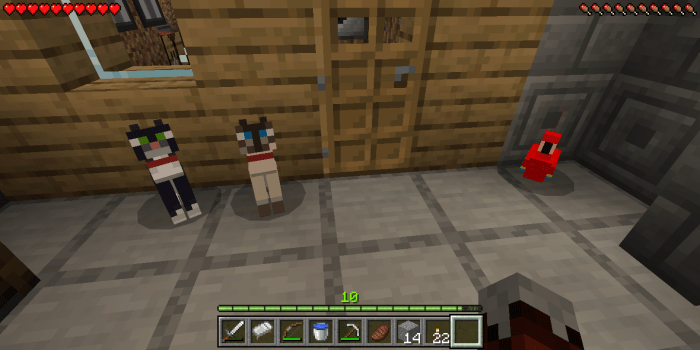 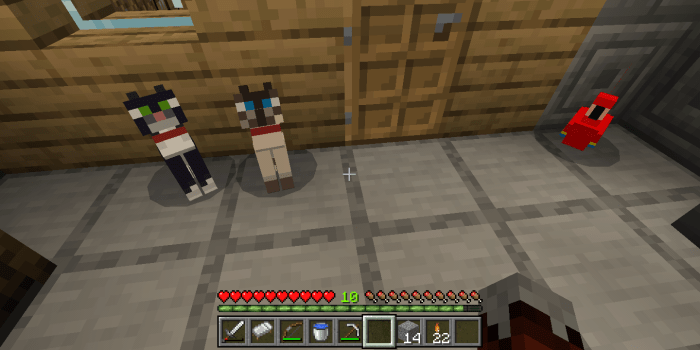 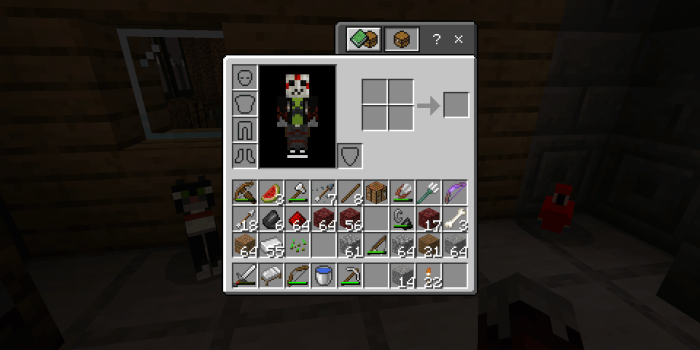 A simple texture very light and useful for some players. Your experience could be completed with the activated options.

No link contains shorteners or captchas, so adding one of these is prohibited.

If you are going to make a video, you only have to give me credits and leave the direct link to this page, please.

On my Facebook page I will upload previews of this and other add-ons.

-Now the interaction button is invisible.

The button to open inventory is now invisible.

Coming soon the button for emotes will also be invisible

-Fixed the error that made it impossible to import by mcpack

-Updated information in the complement

-Added complement data
-The invisible texture was modified a little, because there was a small part left without erasing

This is the first version of the add-on, therefore it has no new changes

Simply touch controls are invisible, no more changes
-The recommendation is to use the settings given in the description of the complement

For the installation of the mcpack file you just have to download the file, enter the download folder, touch the file and choose "Open with Minecraft". This will open the game and the texture will automatically be installed.

To install the zip file download the texture, you must go to the download folder, unzip the file and move the texture folder to the path: games/com.mojang/resource_packs

At the end of this procedure they only enter Minecraft and activate the texture in Global Resources or activate it within a world.

You only need to download one file, because both work the same but it is up to you how you want to import it into the game.