Thanos Boss is an Add-on from the Avengers Movies which adds a Giant and  very strong mod called Thanos and plus he’s a Boss mob.

Thanos will kill any mob that comes near him with one single hit since he has a lot of health and strength. 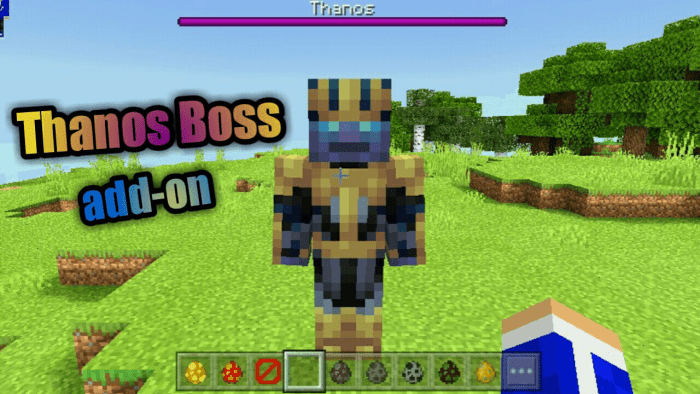 Thanos Will attack every mob near by and kill it with one single hit, so be careful in survival! 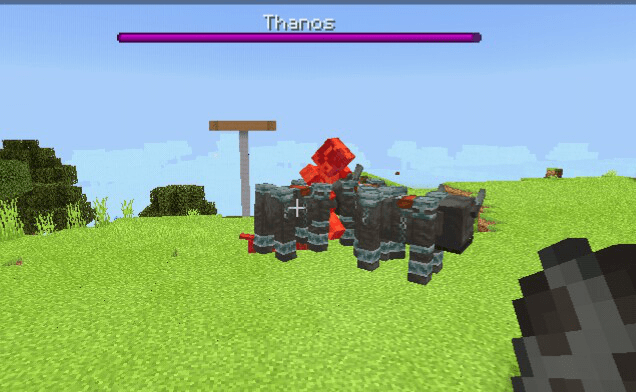 HEALTH: he’s health is 999999, which means it’s harder to kill than the Ender dragon. 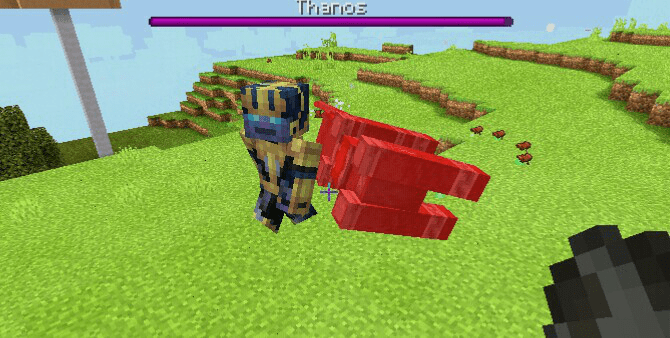 No mob can kill him or Escape him! 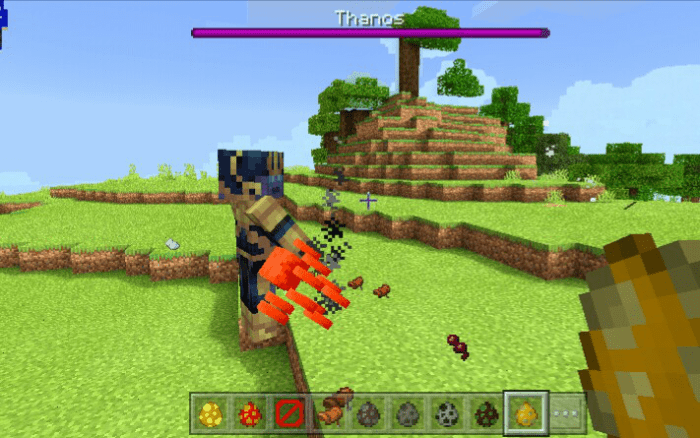 The best way to defeat him in survival is by using enchanted swords. Check out  the showcase on my YouTube channel  for this Add-on.

Added YouTube channel link for clear explanation of the Add-on

Added video tutorial and bugs fixed for 1.12 as it was crashing on this version