The Amazing Lucky Block Mod adds a lucky block to the game which can cause more than 54 different drops. Some of the drops include bosses, a cage of lava, gold fountains, custom weapons and mobs. This is definitely one of the better one of its kind since it adds a lot of drops which never before has been seen in any similar mod.

To obtain the Lucky Block we recommend using the Toolbox mod to be able to quickly find it in your inventory. Place down the block on the ground and then break the block whenever you are ready for something random to happen.

Sometimes a fountain of gold, iron ingots or coal appear. 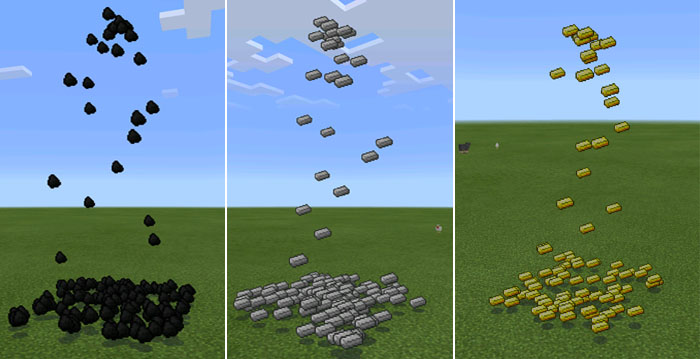 But other times you won’t be as lucky..

This chunk of diamond blocks surely look amazing, but wait a second or two and you won’t be as lucky anymore.

At other times you will be trapped in a cage of lava. If this happens death is a likely outcome unless you play in creative mode.

As mentioned previously, there are 54 different drops, so there are tons more to be explored in-game!

Sometimes an amazing weapon drops. These weapons are all new and each have a special effect.