The End City is a really cool creation which lets you go on an adventure to the End dimension. The End is one of those features which exists in the PC version of Minecraft but not yet for Pocket Edition. So yeah, this map isn’t the real End dimension but it’s a really nice attempt of creating a similar experience of what it looks and feels like in the PC version.

How to go to the End?

This map was created in a version of Minecraft Pocket Edition where the End dimension doesn’t yet exist. This is just a map and not actually the real End dimension, but it is strikingly similar!

Once you’ve spawned in the world there will be a portal which looks similar to the End Portal. There are also some buttons which you can use to obtain potions, food and a weapon. Walk into the portal to be teleported to the fake End dimension.

In this case the End consists of one large island with one city which basically looks like a giant purple tree. Around the island there are lots of endermen mob spawners. As long you don’t look them in the eyes they are quite friendly people.. 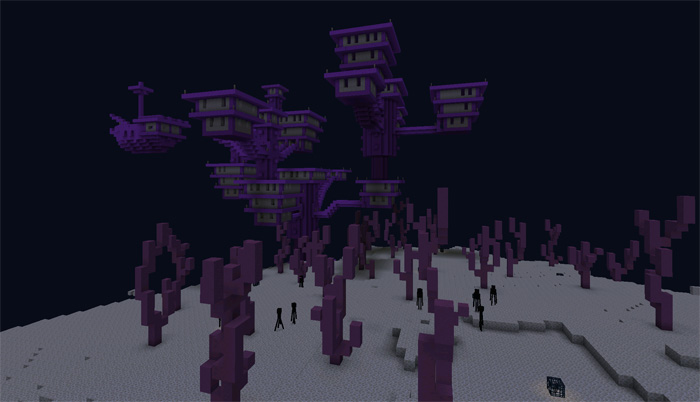 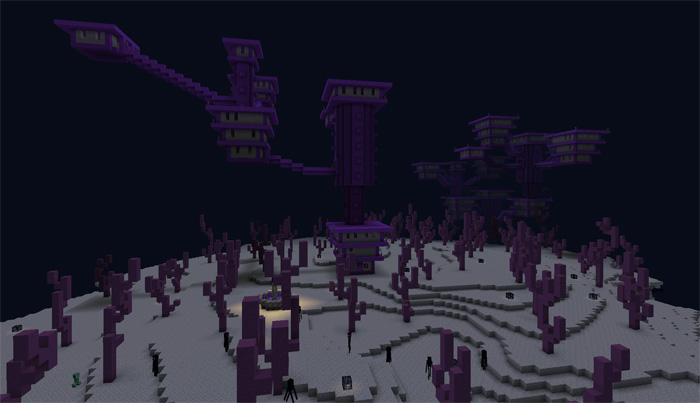 Did you like this map? Then have a look at the Aether map!

To really make it look like the End we recommend that you play the map with the following settings applied to your gameplay.