The End is another dimension in Minecraft. Currently it’s a feature only available for the PC version of Minecraft but it’s expected to be implemented in Minecraft Pocket Edition as well in the upcoming future.

The End Stronghold is a map which you can use to travel to the End. In the map you will find an End portal which you can use to access this new dimension. Sure, it’s not really the End but it is as close to it you can get in Minecraft Pocket Edition at this point in time.

The End portal looks a little bit different from what it looks like in the PC version in Minecraft but it’s almost the same. Walk through the portal to get to the End. At this point it might lag but just wait while it loads. 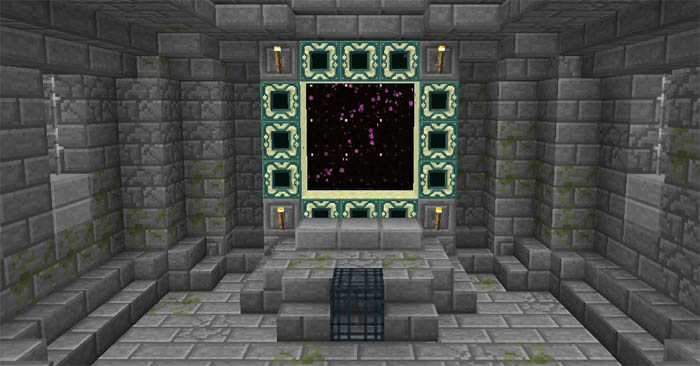 Once you get there you will see lots of chorus trees, endermen and enderstone which is similar to what you’d see if you were going to the real End (which yet doesn’t exist in Minecraft Pocket Edition). It’s far from perfect but it should definitely give you an indication of what you to be expected once the End is implemented in Pocket Edition.

This map works on all versions of Minecraft Pocket Edition (e.g. Android, iOS and Windows 10). Don’t forget to install the texture pack which is included in the zip file!