The New World Addon is a complete overhaul for the Overworld and other dimensions. The world design looks entirely different with more vibrant colors and many of the mobs have been redesigned to better suit this new world. Mob behaviors have also been changed to drastically increase the difficulty of the game.

The Village Man and the Village Lady are parts of the new village population. All of them are friendly and can help you out with nice trades. 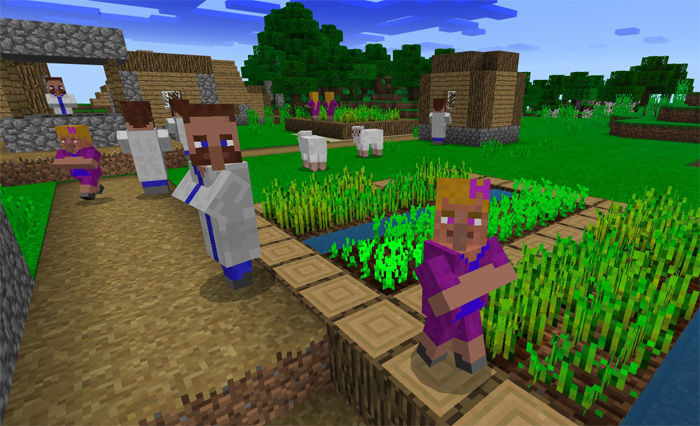 The Overworld looks much more vibrant, and that includes the sky, grass and leaves. Fire and lava is blue. Many of the mobs have had their behaviors changed to make them more powerful. There are also different kinds of mob alliances.

Don’t kill everything you see – some mobs are actually allied with players and it’s your job to understand these alliances in order to win this war. 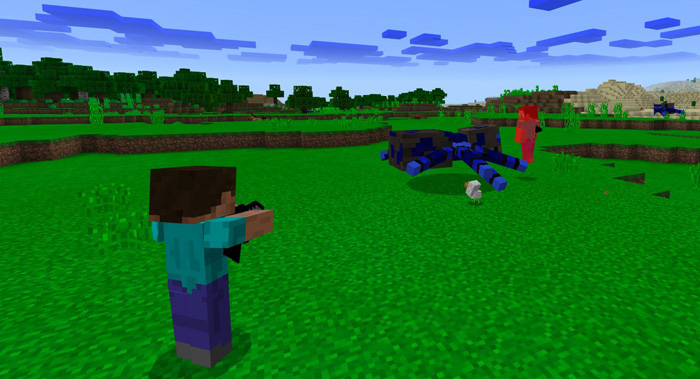 The End looks much bluer than before and so does the Nether. Also the mobs spawning in these dimensions have had their appearances redesigned.

To defeat the mega dragon you will need to collect lots of ender pearls, destroy the ender crystals and then get to the highest tower where you need to use the rifle (bow) to shoot the dragon at its upper back. TNT might also be helpful in your attempt to slay the mega dragon!