It’s not really the real End but it’s as close to it you can get in Minecraft Pocket Edition without it being a real feature yet. In this map you will be able to walk through an End portal which takes you to a large island with huge structures. Everything, including mobs, are things which exist in the real End in the PC version of Minecraft. It’s a really cool map which is really amazing to experience!

Here is the End city. It’s one of many structures which are generated in the End.

Assuming you’ve properly installed the textures you will find a couple of new mobs here as well.

On the right image you can see a Chorus Plant. It’s a tree structure which spawns quite frequently in the End. 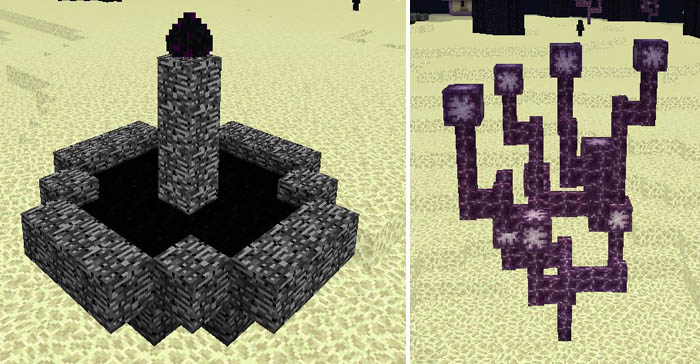 This map works on Android, iOS, Windows 10 Edition and any other versions which support Minecraft Pocket Edition version 0.15.7+.