What is this addon? This is the Scavel addon. This is the start of something new, something that adds in mini things to add new fun in the game. This addon adds in 5 mobs, 11 items and 9 blocks. This addon was made by Geomatheo and is made only for fun. Let’s get on to it.

This description will show the mobs, the items, the blocks and things to know before installing.

Weapy-This is a hornet like mob that wander around the overworld. They are hostile to the player and bees(They won’t always attack bees)They drop:

This guys spawn in the overworld, just like a cow, a pig and other domesticated mobs in minecraft.They also use their stinger to sting their enemies. When they sting, they give off the nausea effect for 10 seconds.They have 15 hp and do 5 dp. They also classify as the arthropod class in minecraft 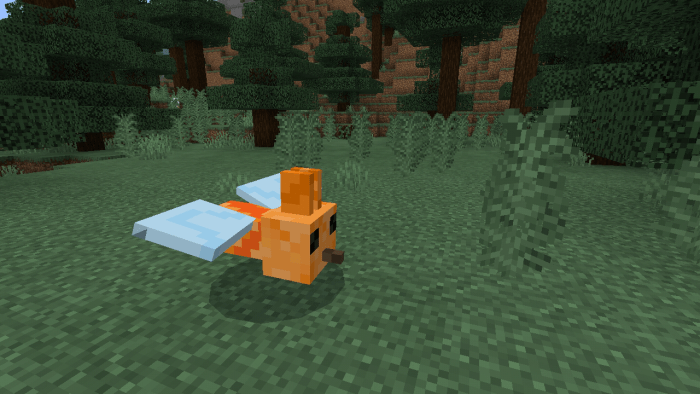 End Leab-This cute looking mob is a mob that spawns in the end. They are a walking resource in the end. This mob is still buggy because when attacked it’s legs detach from it’s body and it stays there instead of running when attacked. It drops: 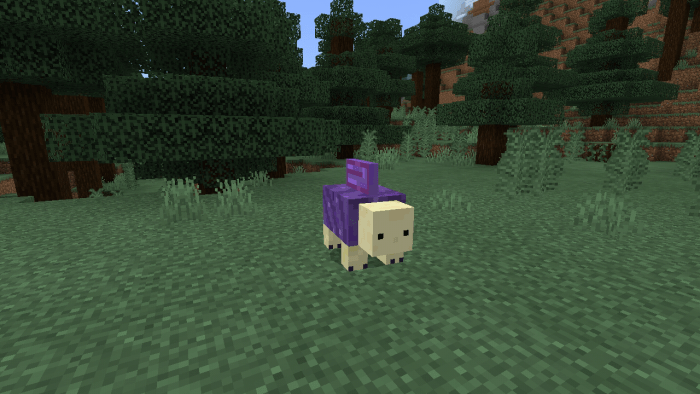 Mesa Skull-This skeleton doesn’t mess around! This mob is a mob that spawns in the mesa. They are a mini boss like mob. They drop:

They have 50 hp and do 5 dp. They also wield golden swords. 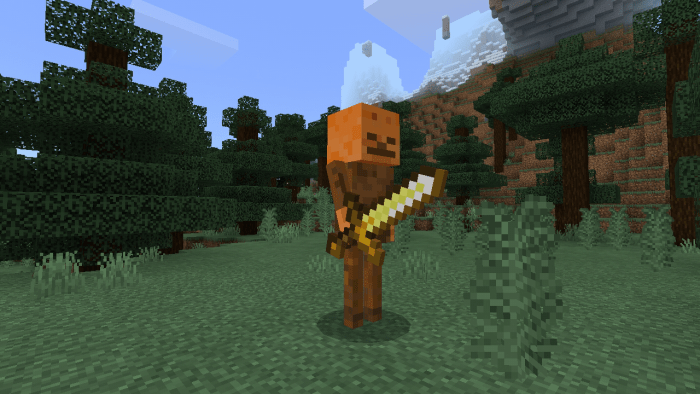 Moss Gatler-A zombie in a swamp! This is just a small addition to a swamp.They drop: 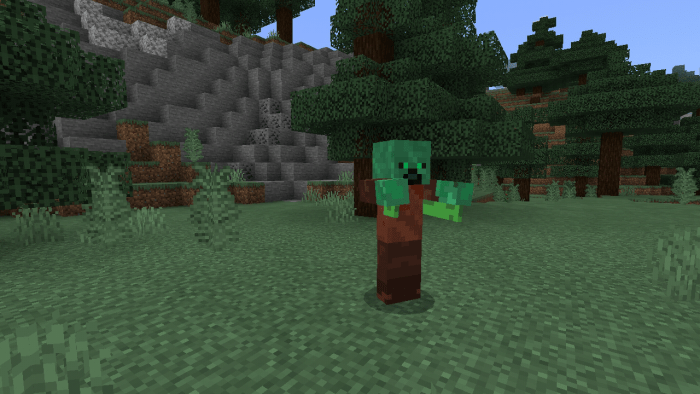 These guys have 15 hp and no dp 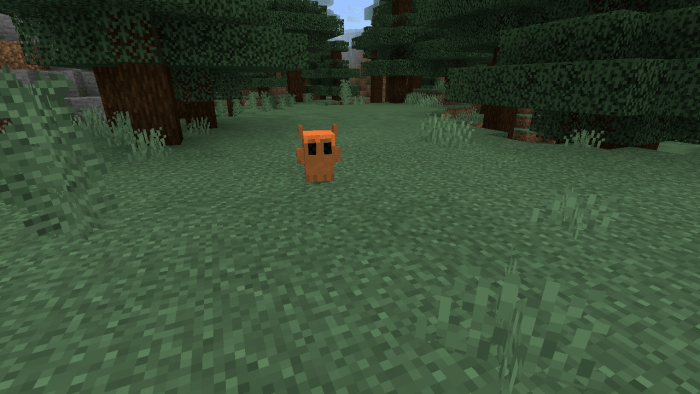 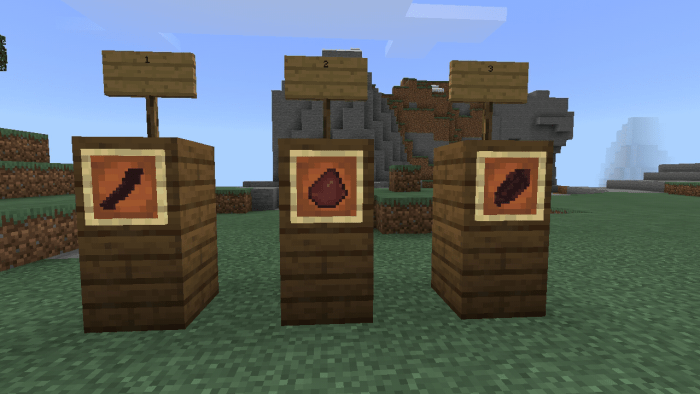 -First item is a weap stinger.

-Second item is the stinging flint

-Third item is the smoother

The weap stinger is just for crafting recipes in this addon. The stinging flint is used as an item for most blocks, kind of like stone turning into stone bricks.The smoother is used to make smooth variants of items and blocks.

Leab Items(Items that is related to the leab mob)- 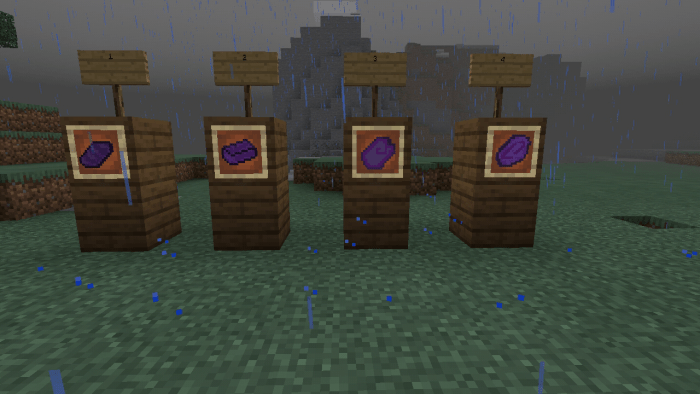 -Second item is the shellite item

(NOTICE: These Items Are In WIP)

The end shell item is dropped by end leab and is used to be smelted to a new ingot called “shellite”. Shellite’s use is to make “end forge diamonds” The item is in WIP stages so it is not displayed here. To get shellite,you smelt the end shell into the furnace and there. The end skelp is also in some WIP but can be smoothed simply into The “smooth leab skelp” To craft it you combine the leab skelp and the smoother to make it. 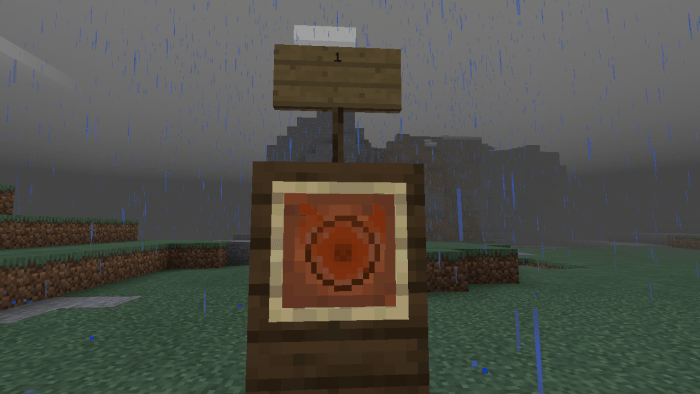 The item is the mesa heat orb. This is a item used for heat related blocks and items. 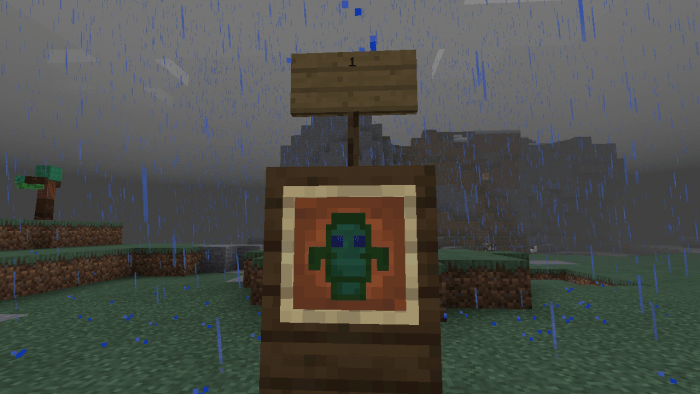 The item displayed here is the moss totem. This item is used to craft the Totem Of Undying. Theres now amother way to farm totems., 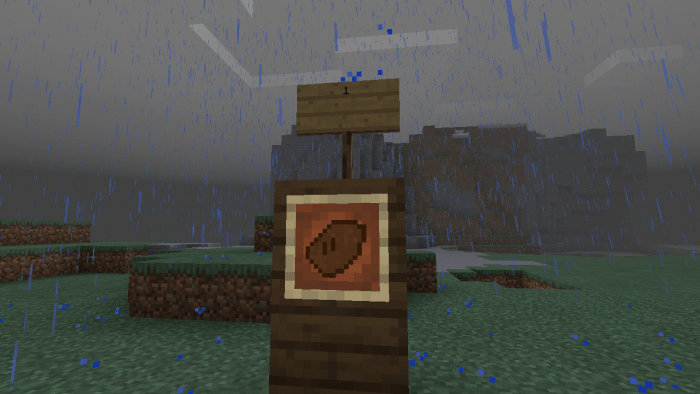 This item is called the charg volcano chip. It it used to make blocks to. 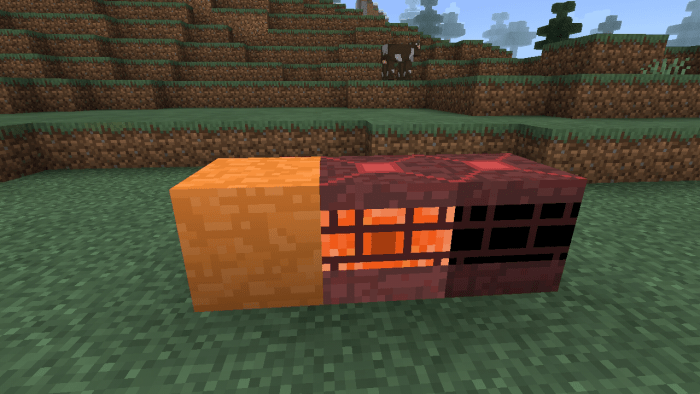 First and Second are decorative, while Third produces light. The second one is crafted using stinging flint. It is made like this: 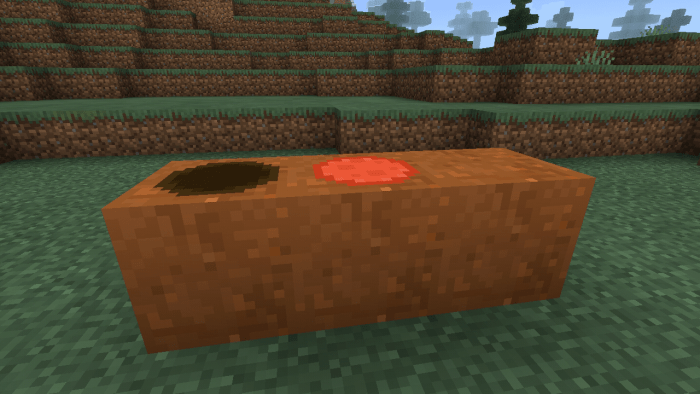 To craft Volcano Stone you use use charg volcano chips. To craft:

To craft The Active Volcano Stone you also combine it with the mesa heat orb. 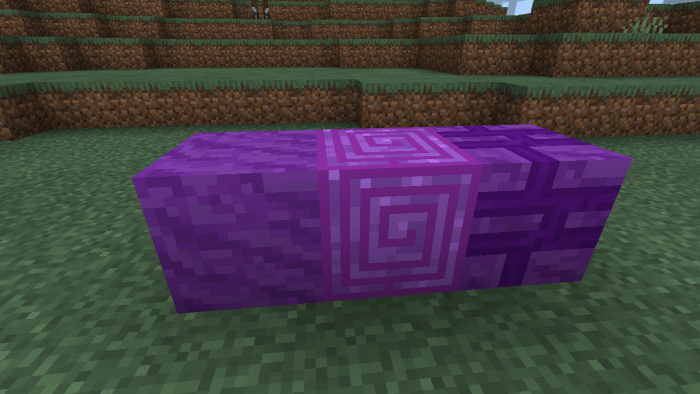 -The spawn eggs of the five mobs look different from the traditional ones to tell which one is which. 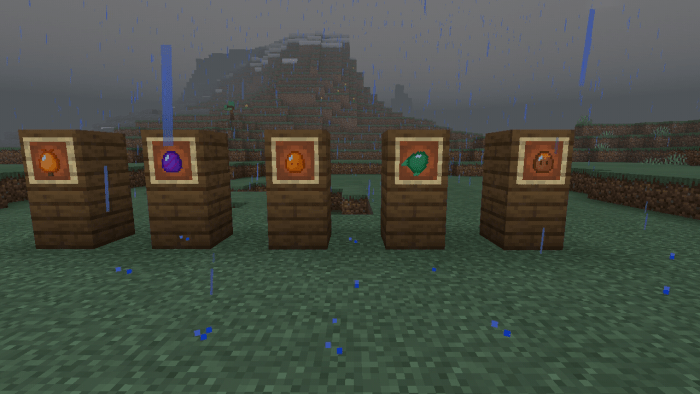 Thank You For Installing!