This is a beta version for The Treasure which in its final form will include a total of six challenges. After completing each challenge you will be rewarded with treasure (also known as a mob head). Each level usually includes a series of challenges which can include basically anything such as puzzles or parkour. At this point there is just one level but hopefully it will be expanded to more levels soon.

At this point there is just one level but in the future it will likely be expanded and include at least 6 different levels. Press the button on the block to enter the first level.

As soon as it’s started you’ll be given some instructions on what to do and then to complete it you simply need to execute the task successfully. 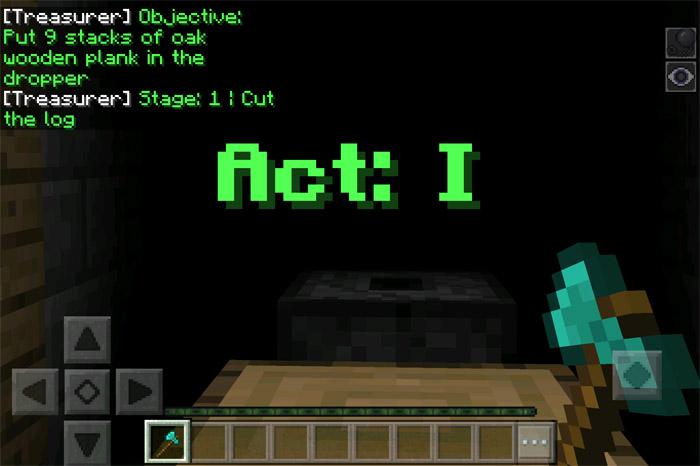 A level can include multiple tasks. But once you’ve completed them all you will be rewarded a treasure (also known as a mob head) which you can add to the treasure room. 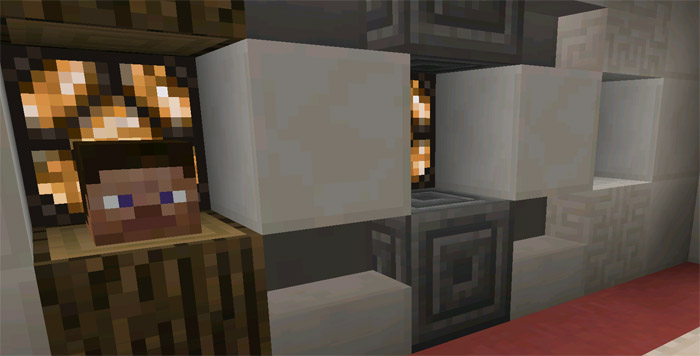 Important: This map is limited to 1.1.0.9 beta users only. Android users can sign up for the beta here!