Three new thunder sticks are added to the game which can be used to control the weather. It’s likely an inspiration of Thor who is a hammer-wielding god who can through his hammer call on thunder (at least if you believe in the old Scandinavian mythology).

To use a stick simply tap on a block or a mob to activate its power. Depending on which stick you are holding a different outcome will be. The Thunder Shock is the absolute strongest and most effective of them all.

One weird (and maybe trivial) feature of the mod is that if you hold a Thunder Rain stick and tap with it on a pig then the pig will turn into a zombie pigman! 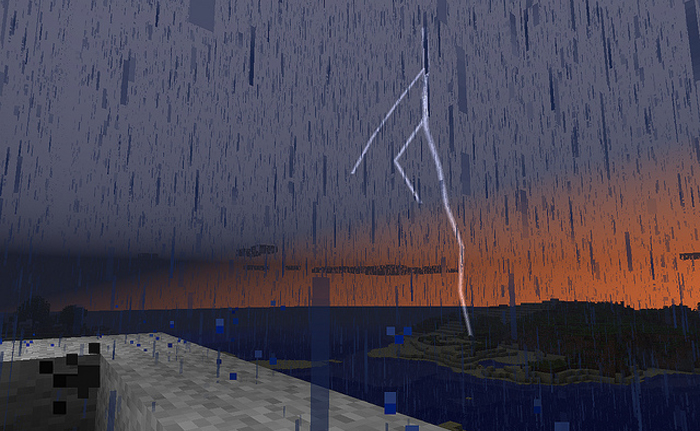