TNT Machines is a map which brings three machines powered by redstone to the world of Minecraft. Each of the machines somehow relate to TNT. The machines include a cannon which can fire TNTs, a launcher pad which can catapult the player up into the sky and a TNT tree trap prank machine.

Before being able to use the TNT cannon there will be a couple of signs in the machine which you have to replace with redstones. After that’s done press one of the buttons in the machine to fire the cannon.

To reload the cannon replace the five TNT blocks and then press one of the buttons to fire it again. 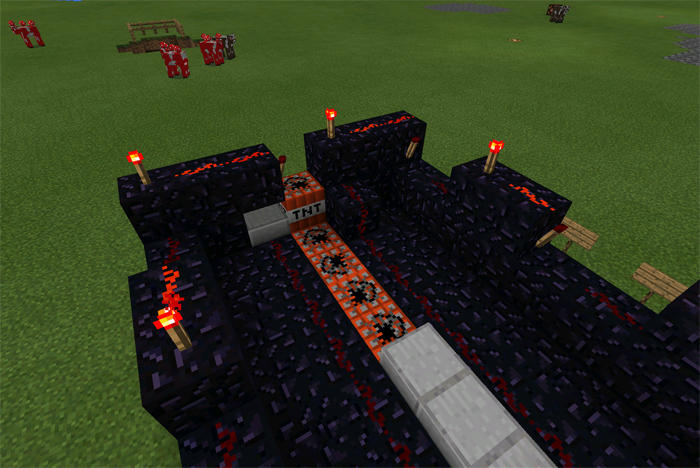 This machine can only be used while in creative mode. Basically it’s a rocket launch pad but instead of launching a rocket it’s intended to launch yourself up into the sky.

Stand on the obsidian block in the center and then press the button. Wait for the TNT blocks to blink six times and then start jumping to get an extra jump boost effect.

You can reload the TNT launcher by simply replacing the TNT blocks.

TNT and redstone can be used for many different things and one of those things are traps. Here’s a trap which will be ignited once the bottom block of the tree is destroyed. It’s the perfect trap to prank your friends with. 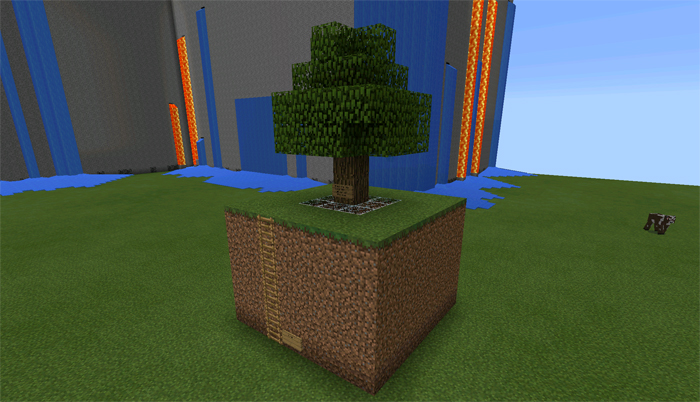 This trap can only be used one time. Study it carefully before setting it off, otherwise you will have to install the map all over again to see how it’s built.

Got some suggestions of TNT machines which are possible to create with the latest version of Minecraft Pocket Edition? Let us know in the comments!