TNT Run is a fun minigame which can either be played in single player or as a group in multiplayer. Either way, it’s a very intense minigame which takes place on a big platform made out of pressure plates, sand blocks and TNTs. Players have to run around on the platform to avoid falling down. The last person standing is the winner.

Press the Start button in the game lobby to start the minigame. Everyone will spawn in a glass box which is situated just above the TNT Run platform. A countdown will be initiated and then everyone will teleport to the platform. As soon as you’ve dropped down and spawned there it is time to start moving!

The blocks will fall down into the void underneath you and it’s your objective to stay alive as long as possible without falling.

After a round of playing most of the platform will be destroyed. It is automatically reset as soon as a new game is started. 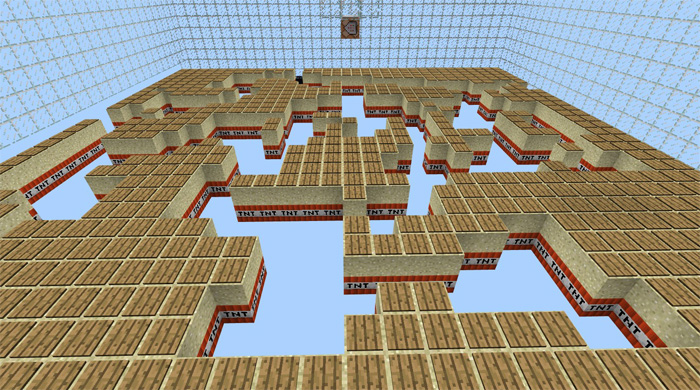