Tomb Crafter 2: Egypt is an adventure map inspired by the Tomb Raider adventure games. Your mission is to venture into an old temple and obtain an ancient (and possibly magic) artifact known as Tutankhamun’s helmet. Some of the challenges include parkour, a puzzle and mob battles. Be careful and watch out for the deadly traps.

You’ve been sent to Egypt on a mission to find and retrieve a long forgotten artifact known as Tutankhamun’s helmet. It’s believed to give whoever wears the helmet god-like powers and as a result you can probably imagine its worth. (Tutankhamun was actually an Egyptian pharaoh (1332-1323 BC). The story about the helmet with magic powers is fiction though, just thought I’d clarify that.) 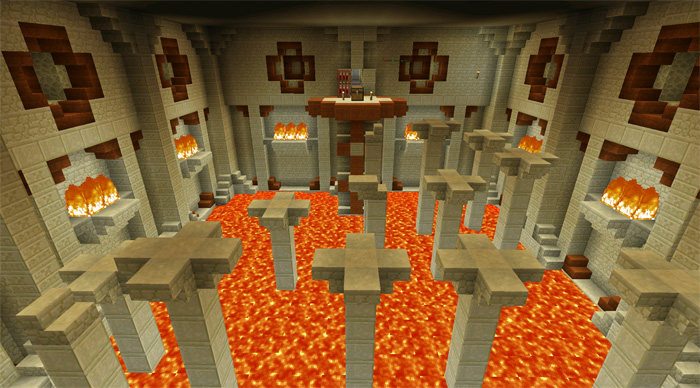 There are several traps throughout the map. Be careful, otherwise there’s a good chance you’ll die and have to start over.