The addon implements six of the alien robots which are most known from the Transformers movie franchise. The robots have incredible powers which allow them to do things such as transforming into different vehicles. There are two different alliances known as the Autobots (friendly) and the Decepticons (hostile) and they have each very different behaviors.

Optimus Prime is a skillful fighter who possess good military tactics and advanced alien technologies. He is considered the leader of the Autobots which is one of the factions in Transformers.

You can find him spawning randomly around large villages or you can build one by using four iron blocks and a pumpkin. It works similarly to spawning an iron golem.

Optimus Prime is naturally friendly towards players and (for the most part) hostile towards dangerous mobs. 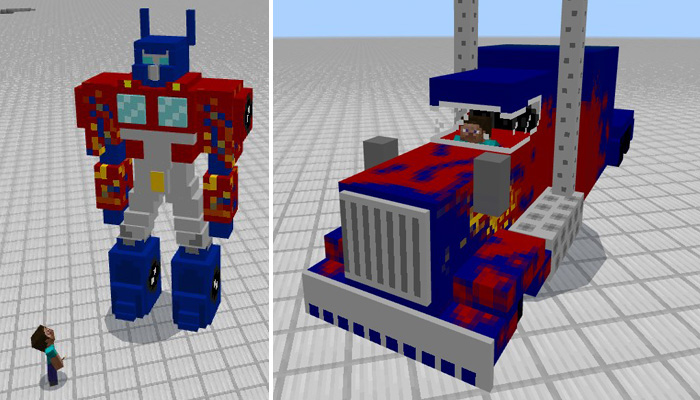 Bumblebee is one of the bravest and most trusted lieutenants among Optimus Prime’s troops. He might not be the strongest, but his hate for the Decepticons is strong and that makes him a powerful warrior in combat. Similar to the other Autobots he’s friendly towards players. 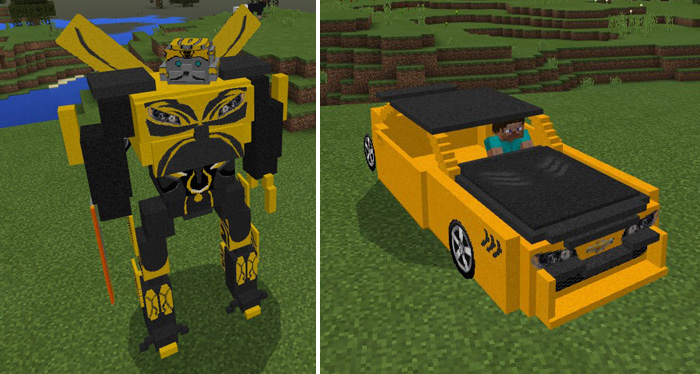 Grimlock is a Dinobot which instead of transforming into vehicles transforms into huge dinosaurs. The Dinobots is a subfaction of the Autobots (meaning, the friendly ones) and that means that they fight on the same side as the Autobots (e.g. Optimus Prime and so on). 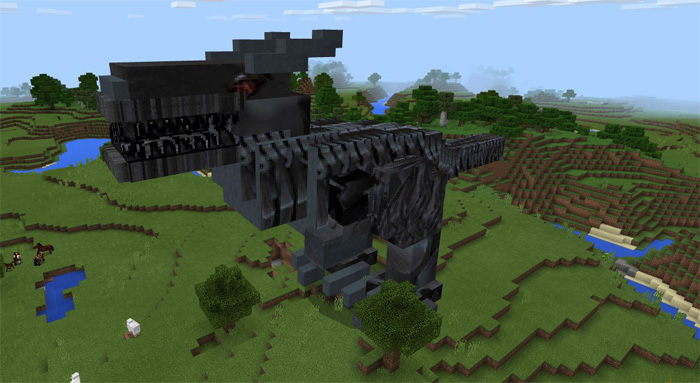 Blackout is an extremely dangerous Transformer which will hunt down his enemies and kill them with no mercy. He’s very fast and spawns mostly everywhere since he replaces the creeper.

Occasionally he will transform into a missile-shooting helicopter. It is automatically hostile towards players and sometimes Optimus Prime as well. 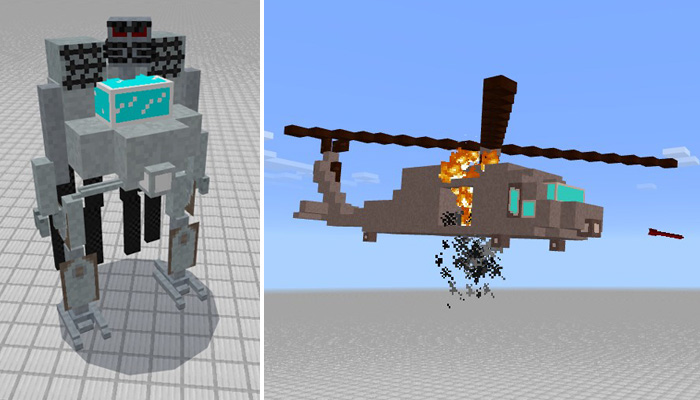 Here you can see Blackout and Optimus Prime going to war against each other. Blackout has transformed into a helicopter and shoots missiles at Optimus Prime who tries to knock Blackout out of the air. 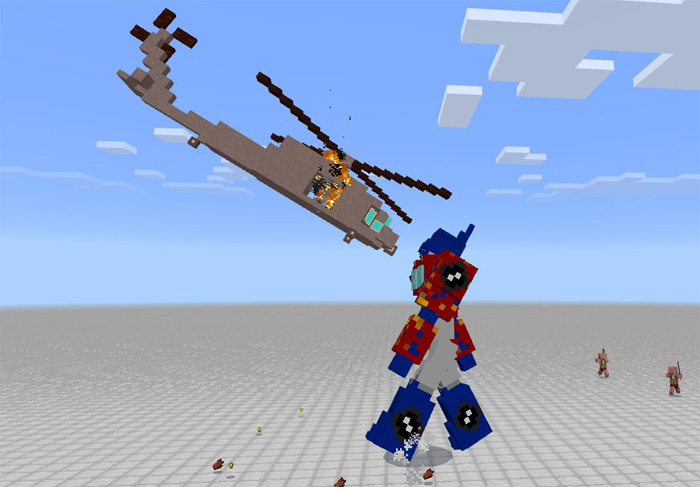 Shockwave is an evil Decepticon which is under the command of “Megatron”. It’s by default hostile towards players and will attack them by shooting large fireballs. At this point it can’t transform into anything but that’s likely to happen for a future update. 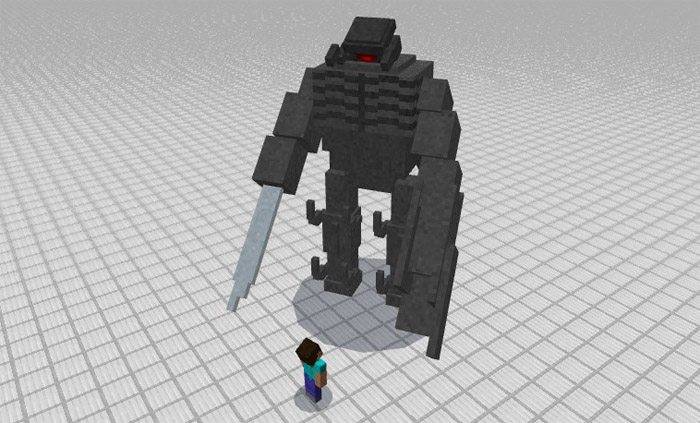 Starscream is one of the strongest Decepticons and his own wish is to some day replace “Megatron”. This transformer is extremely dangerous and will attack players. It won’t attack anything for as long as it’s transformed into a jet but that’s hopefully going to be fixed in a future update.

Make sure to watch the trailers. They are pretty awesome!