TRON Skywars is a PvP map for up to eight players. The map looks really cool, especially during the night, as it’s built in red and orange colors and lit up with glowstones.

You can choose whether to do a team deathmatch (blue vs. orange) or just keep it simple and have everyone competing against everybody. 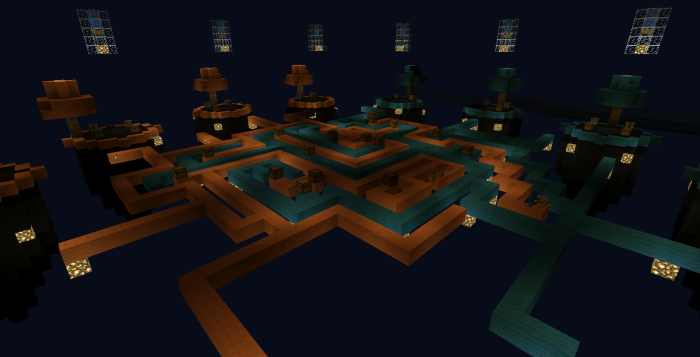 Everyone will spawn on the top platform and there are enough beds for everyone so you can sleep through to the next day to make sure it’s day during the skywars battle.

Each player should find its way down to its own separate bridge where there will be an entrance to get to his own personal sky island.

Once players have entered the sky island the battle has begun. There are chests, a furnace and a crafting table and enough gear to get on to the ultimate goal.

The ultimate goal is to kill every other player and be the last man standing. If you are killed you are not allowed to return into the battle until a next round starts. 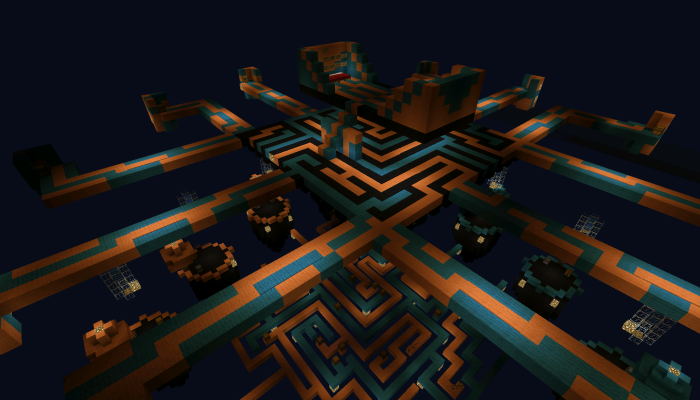