You can tame them by feeding them any of the following items: Sticks, Mushroom Stew, Wheat Seeds, Bones and Sugar. It might take several tries before you successfully tame one. It will only work on babies (also known as small ones). 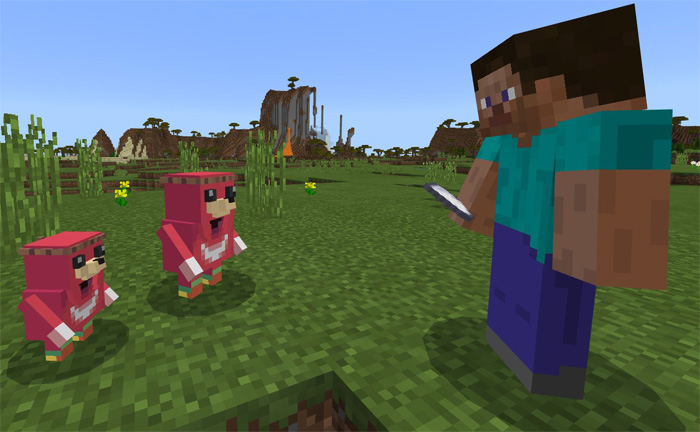 Tamed Ugandan Knuckles will fight all kinds of hostile mobs. It does require that the hostile mob first attack you (or you them) before it will start defend you though. 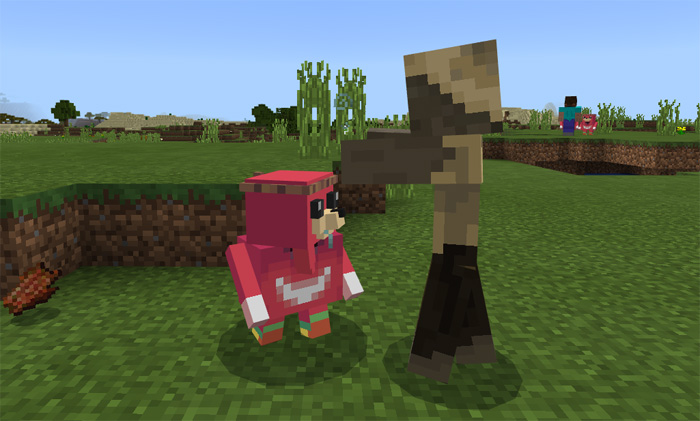