A total of six new weapons and one boss is added to the game. The boss, also known as the Mob Master is spawned with a craftable spawn egg and when killed drops a nether star and a diamond block.

The loot can then be used to craft The Ultimate Chop Shop which is a really powerful sword. The other new weapons can be crafted by default items and blocks such as cobble stone and diamonds.

Craft a Mob Master Spawn Egg with 8 nether brick and 1 egg. Tap on the ground with the spawn egg where you want the boss to appear.

The Mob Master boss has 5000 in health and is split in two different forms where each got 2500 in health each.

The final blow which kills the boss have to be with a default Minecraft weapon like an iron sword or similar weapon if you want to get the loot. You can use the Health & Damage Indicator mod to track its health. 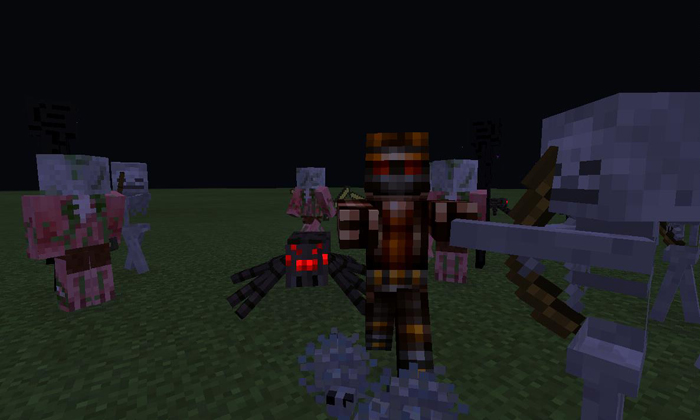