And not just Unicorns and butterflies, there’s Alacorns and Pegasus! Pegasuses?!? Pegasi?? Who knows!! They’re horses that have wings! What else could possibly matter. AND they come in a crazy variety of colors. With sparkling things going everywhere. Make sure you wear sunglasses.

Time for mythical beasts!! And non-mythical insects! We have:

There’s white or there’s purple or there’s…. That’s it. Unless someone has some ideas for other colors..? These guys run quite fast, jump quite high, and smash through just about anything. Tameable with emeralds. Drop a saddle on and go riding/smashing!

More winged horsey things! These guys like to do their own thing, so steering them around is a bit hit and miss. Mostly miss. You can still jump on and go for a fly, just HANG ON TIGHT when they come in to attack some poor unfortunate, soon-to-be-quite-gone, mob.

What they lack in horseyness they make up for in colorfulness! Hold a flower and some will fly on over to get a better view. Once you add them to a world you’ll never go back!

Where to find them

If you find a mooshroom island, chances are, if it’s very dark, you might might, find a unicorn on top of a mushroom. I don’t know why. Seemed like a good idea at the time! The butterflies you can find in Plains, Sunflower Plains, Flower Fields and, of course, mooshroom islands. 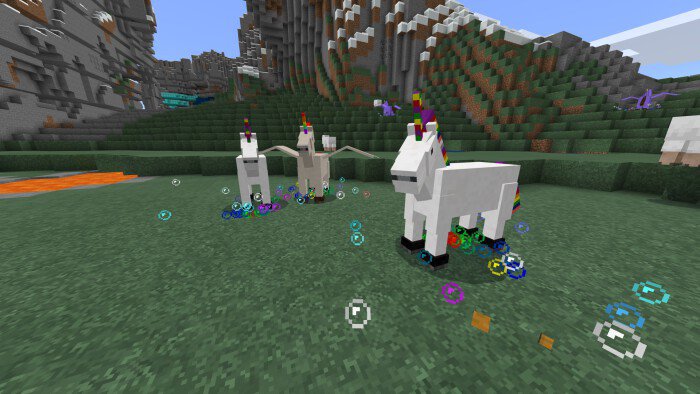 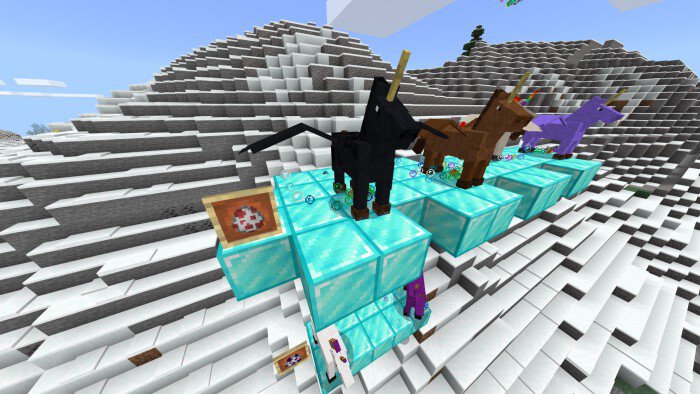 Added butterflies and made a few minor changes to unicorns.

A few fixes and improvements:

Minor change - attempted to make the Pegasus steerable, sort of works but still haven't figured out up/down. Next version, maybe..?