Fun little beasts that love chasing you around! And eating you! Your boring stroll through the Plains biome will no longer be boring! Or a stroll! Excitement followed by panic followed by the need to respawn/rage quit.

These nasty critters can’t take much damage but they’re fast! You’ll also usually find them in packs and they’ll hunt you from afar. And find you, don’t worry.

Every now and then they’ll spawn with a Commando Archer on their backs.* This is a questionable idea to stop the player from being able to stack up to avoid the ‘raptors. You’ll just have to fight it out!

* NOTE: It hasn’t been confirmed by paleontologists (or anyone actually) that Commando Archers co-existed with dinosaurs, or even existed at all, but it would be real convenient if they did! There is a NO ARCHER (boring) version, see links below. 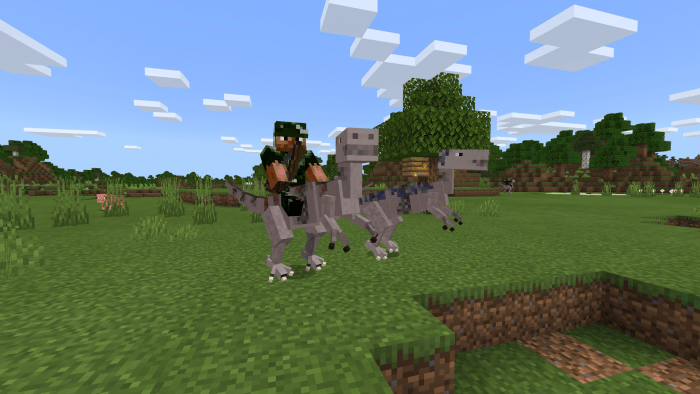 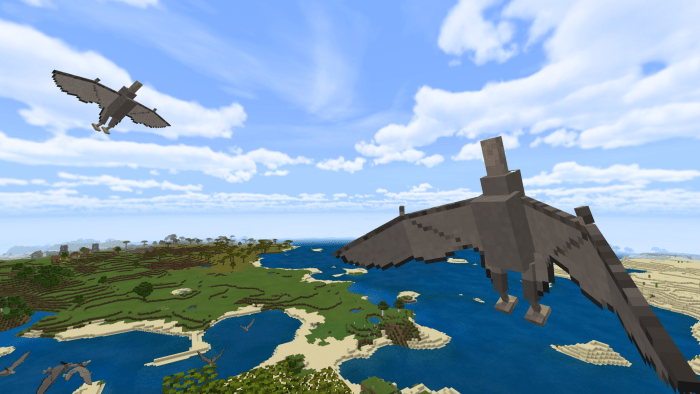 To the Jurassic youtubers out there, if you do a review/showcase, thank you! Please link back to *this page* on mcpedl. Cheers!

Due to popular demand - added a NO ARCHERS version. Boooooring. Well, they're still there, but not in survival.

Fixed a bug preventing one of the velociraptor variants from spawning. A few minor changes. Included scarecrow compatibility.

Turned down the velociraptor spawning (a bit), these things are everywhere. Also sped up the pterodactyls again (slightly).

Added pterodactyls. Minor adjustments to the velociraptor, mainly to make them (not) coexist with the pterodactyls.