Villages have for too long been victims to vicious attacks by zombies and other monsters of the underworld. This addon implements archers and swordsmen who will loyally guard the townsfolk and fend off possible intruders. And if you don’t think that there are enough of them you can always train villagers to join the force!

A villager guard is a new type of mob which can be found spawning in villages. You can also use a wither skeleton spawn egg since it replaces that mob.

There are archers (35% spawn rate) and swordsmen (65% spawn rate). All guards wear a chainmail vest and an iron helmet. They are also equipped with a bow or a sword depending on their class.

Guards spend most of their time patrolling the village looking for possible threats to eliminate. This includes monsters or anything else which want to cause harm to the villagers.

It’s mainly during nighttime that the guards show their usefulness. Monsters will continuously try to break into the homes of the villagers but as long there are guards around none of that is going to happen.

You can train ordinary villagers to become guards. 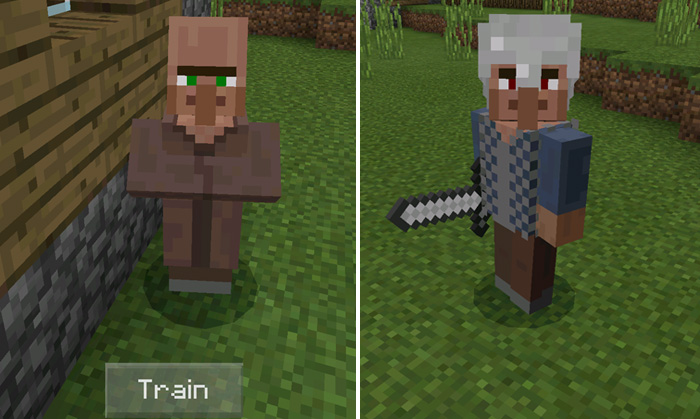 You can swap the guard’s weapon by giving him a new one. Currently it’s just the bow and iron sword which are supported. 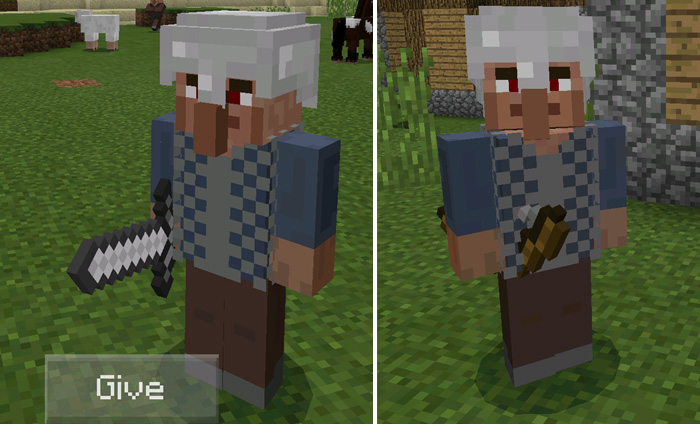 Give each of your guards some personality by giving them a name. Like Greigor, Haggard, Betty or Leif. All of them are awesome names for guards!

Use an anvil to rename a name tag item. Then use the name tag on a guard to rename him or her.

Give a village guard an empty glass bottle and it will turn into a healer. Walk up to a healer if you are injured to top up your health. Healers are passive and unarmed so make sure to keep an extra eye out for them and keep them guarded during the night. 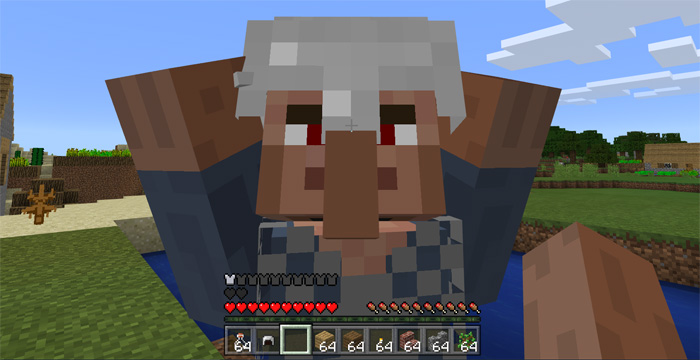 You can give a blaze rod to a villager guard to turn him into a wizard. Wizards have the ability to throw fireballs at their enemies. Make sure to keep them far away from trees, grass or anything which he might accidentally set on fire.

With my @Minecraft #VillageGuards addon, should I restore wither skeletons and convert iron golems into village guards instead? 🤔⚔️🛡 @MCPEDL