Villagers aren’t known for their bravery. Usually they just try to run away if some monsters come attacking them. But no more of that! But with this add-on you will have a new category of villagers, agent villagers.

Normal villagers can’t defend themselves, all they can do is try to escape, but Villager agent attacks hostile mobs to defend the village. 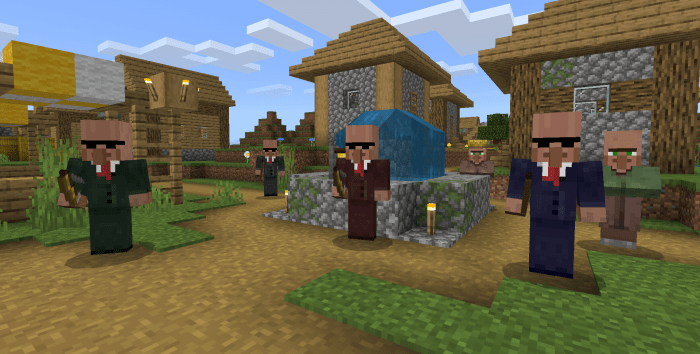 They naturally spawn in the villages together with the normal villagers. 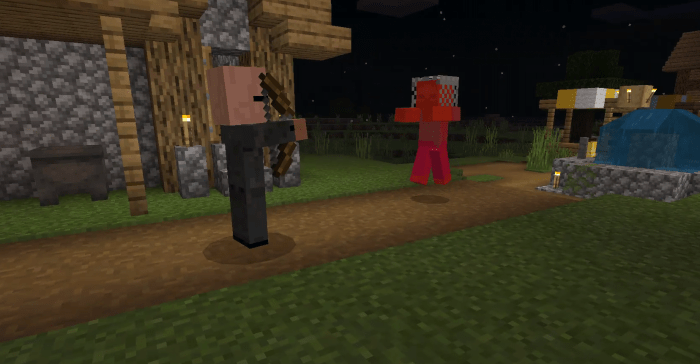 The villager agent is equipped with a bow and will try to kill any hostile mob that attacks the village.

He also becomes a zombie when killed by a zombie, but a zombie equipped with a bow. (You can cure it with weakness potion and a golden apple)

See my other add-ons here!

When lightning strikes a normal villager he becomes a witch, and when a villager is killed by a zombie he becomes a zombie, so does the fbi villagers now.

Add-on has been redesigned

Compatible with the latest versions