This is addon lets you add NPC (non-player characters) to your worlds. Maybe you want to add mobs to your worlds but don’t want them to ever get hurt or move around. It could be useful if you are creating a storyline for a map and need NPCs for it.

How does it work in-game?

The NPC (non-player characters) replaces the villagers. They can be spawned by using the villager spawn and and are useful if you are creating an adventure map (or basically anywhere else) and you want to add an invincible mob which can act as part of a story.

The only customization which you can add to it in-game is its name tag. For that you will need a name tag item and an anvil block.

It’s immune to fire, lava, TNT, attack damage, void and commands. Once an NPC has been spawned there is no way to remove it. At the same time this can be useful it also means that you have to be careful on deciding where to place them. 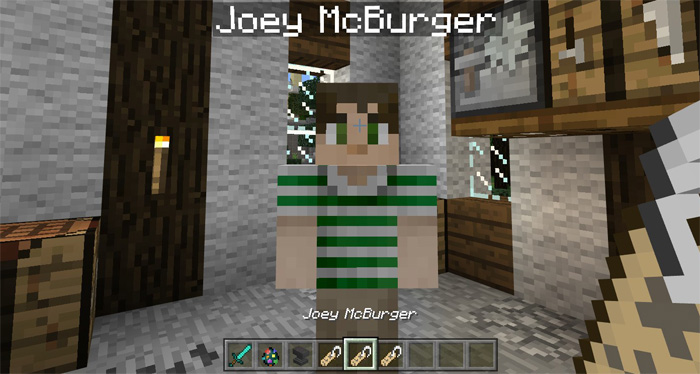 How to customize the skin for the NPC?

It is possible to customize the skin of the NPC but it’s only possible if you’ve got a computer or an Android device. It’s a little bit more tricky for iOS users as they will need access to the file system for their device and that is only possible by using a computer and a program such as iFunbox.