In this seed, you spawn next to a large warm ocean, a ravine, and a mixed plain and forest biome. Not far from spawn, at the coordinates in the featured screenshot, there is a village that is split by a ravine and at the bottom of the ravine is an exposed stronghold that is next to an abandoned mineshaft that intersects the ravine.

You spawn next to a warm ocean, ravine, plain and forest biome. 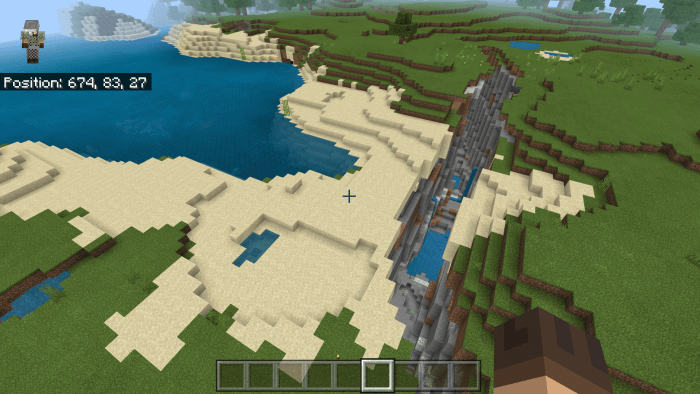 Using the starting map I found quite a selection of biomes including a dark oak forest biome, a  swamp, and an ice-ocean biome to the south. Just off the map edge to the north-west are another warm ocean biome and large desert biome with a desert village and temple. 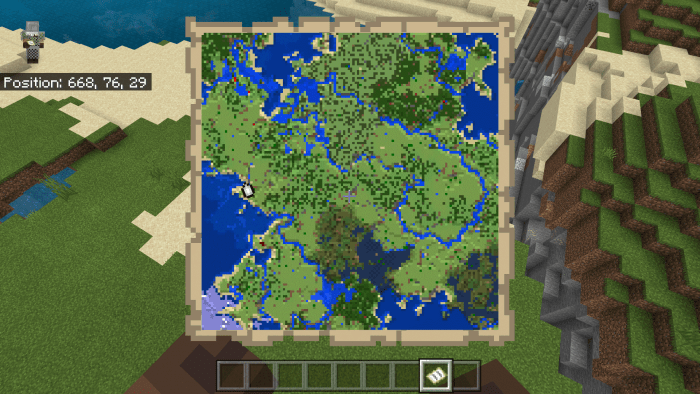 The unusual aspect of this map is the exposed stronghold in a village on the south edge of the map. 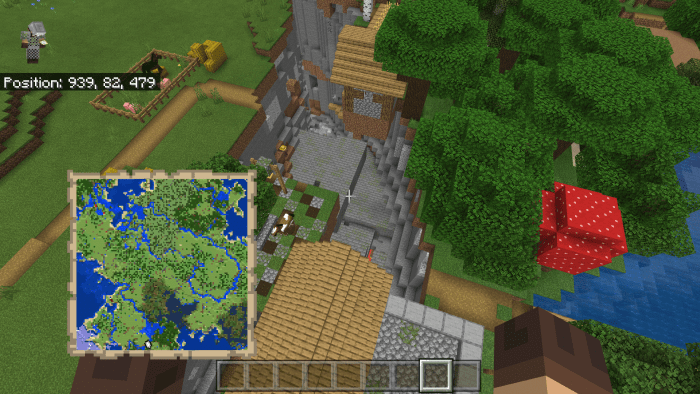 The village is next to a plain and dark oak forest biomes. The stronghold is at the bottom of a ravine and right next to an abandoned mineshaft that intersects the ravine. The village has a blacksmith with some exceptional loot, at least when I examined it. The loot tables are randomized so your loot may vary.

You don’t see many exposed strongholds and this one is very exposed In the ravine and not a great distance from spawn. I am currently playing on this world and in just the first couple of days while filling in the map in survival mode, I found a ruined nether portal, several exposed ocean ruins, one of which had a treasure map, a desert temple, and desert village. There is a good selection of biomes around the map area, and the only thing this map is lacking in the immediate area is a jungle biome. Worth a look in my opinion.