The Wither Storm Add-on turns the wither boss into a large and frightening boss known in Minecraft Story Mode as the Wither Storm. It’s like 20 times larger than the wither boss and also much more powerful. It’s the ultimate challenge for anyone considering themselves a good fighter and want to find out how far their skills can take them. If you have the guts to challenge it let us know in the comments if you survived!

The wither storm boss is spawned just the same way as the normal wither boss. You will need four soul sands and three wither skulls to spawn it.

Place the last wither skull on the top center soul sand to spawn it.

It’s much larger than the normal wither boss and as a result also much stronger. It’s most likely impossible to defeat this boss all by yourself. But if you do, be sure to let us know in the comments how you did it!

Shooting arrows is probably the easiest way to damage it in the beginning as it gives you the necessary range to avoid the explosions.

If you get a direct hit by a wither skull then you’ll get a levitation effect and it’s a risk you’ll get killed next. If a wither skull hits the ground then it will cause a lingering wither effect for 12 seconds.

As soon as it has lost somewhere around half of its health it will be immune to arrows. I tried using my sword to damage it but it was quite difficult to find the hitbox.

The most efficient way to defeat it is by using Formidi Bombs (TNTs). Place lots of bombs, ignite them and hope that some of them will damage the boss. The Formidi Bomb has a longer fuse than an ordinary TNT but the explosion is greater.

Eventually it was defeated. It drops one nether star. It’s a little bit cheap seeing as we just defeated the biggest boss in Minecraft Pocket Edition. But it’s definitely a feat worth boasting of! At least if you defeated it in survival mode which I surely didn’t.

This is what the world looked like after we had our fun. I really recommend using this for a world seed that’s flat. Roulette is one such seed. 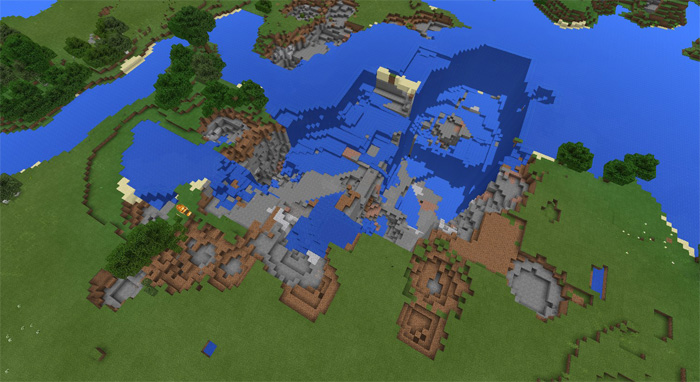