This is a huge project. This addon makes your game like a RPG game. You are able to use magic, staffs, swords or even some modern technologies like jetpack!

P.S.: Everything is in the Game Guide, like the craft recipes of each items.

Before the introduction, I have to notice you two things first:

2. Be careful of the fake AAswordsman!

This is not true AAswordsman! He is just a liar. Be sure to report this channel.

Also a shout out: AAswordsman’s channel!

Be sure to sub this channel!

It is a RPG addon, it is a BIG project which brings you the 3rd dimension The Challenge Area and so on, hope you like it!

You can get more and more useful abilities with your Magic Level’s increase.

You can use 【Magic】 to use Magical Attack with new weapons. But if you are out of Magic, you will only be able to use melee attack. The restore velocity deponds on your Magic Level.

Literally, Powel Level is used for telling you whether you are strong or not. 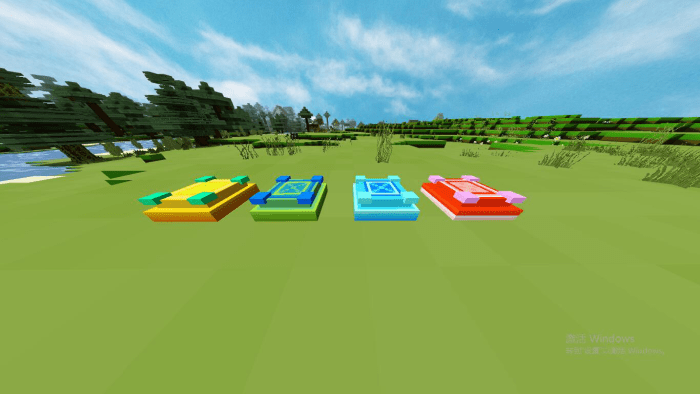 You can increase your Magic Level by the upgrade tables. They will spawn naturally everywhere.

This is one of the most excting part of this addon, although this system still has some bugs, it is still a milestone of addon’s history. 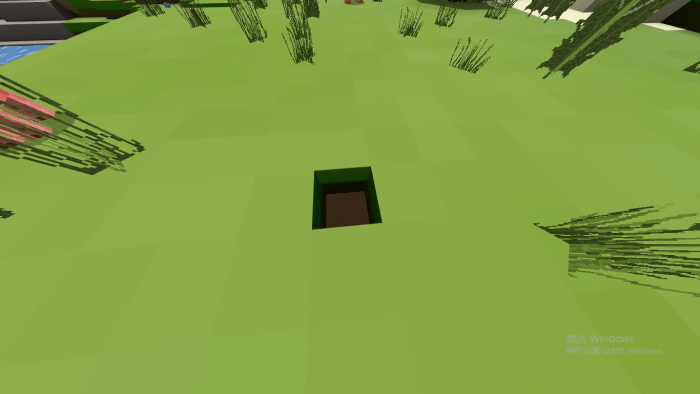 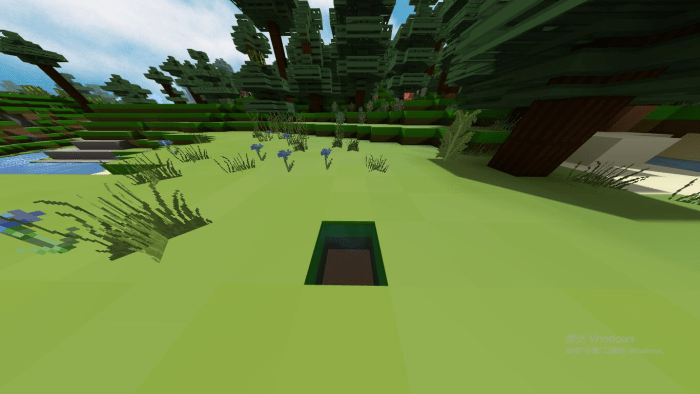 2.Pour water in the hole. 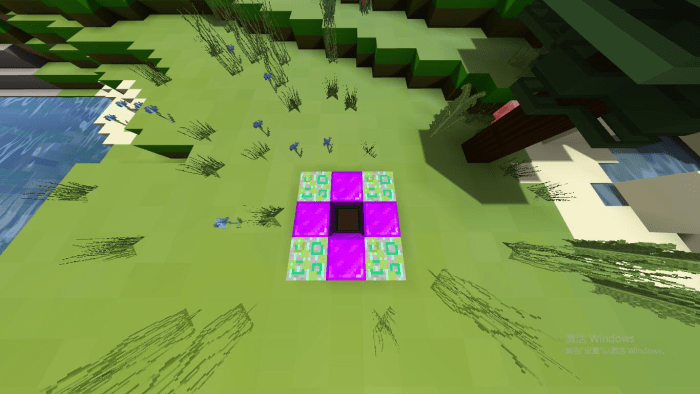 3. Put magic block and magic barrier around the hole like this. you can get them by mining or by commands. 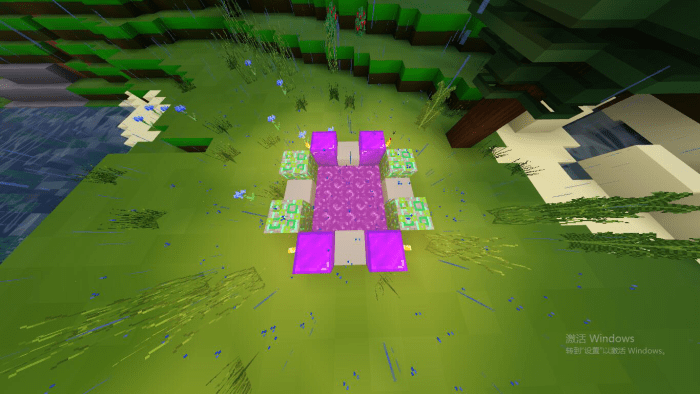 4. Then jump into the water, the portal is complete. 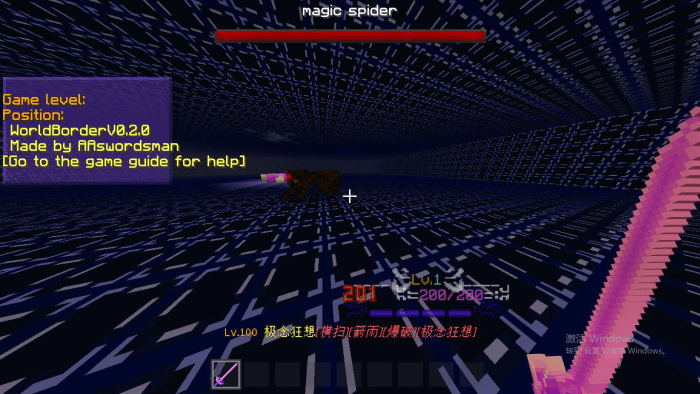 You can fight bosses in the Challenge Area. The system will assign you the boss based on your Magic Level.

The mobs in this addon make you harder to survive, because most of them are hostile mobs! 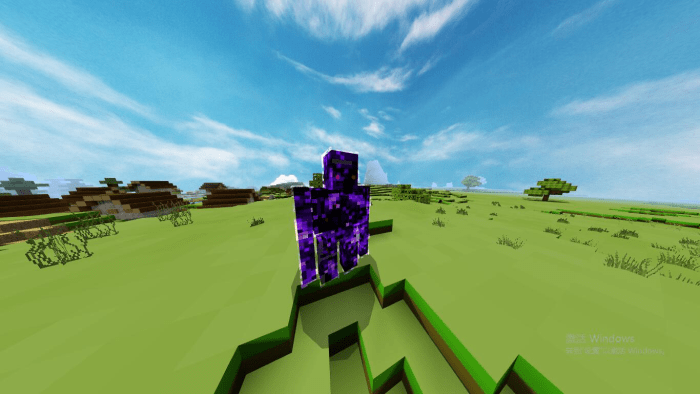 A buffed golem, it will try its best to kill you. 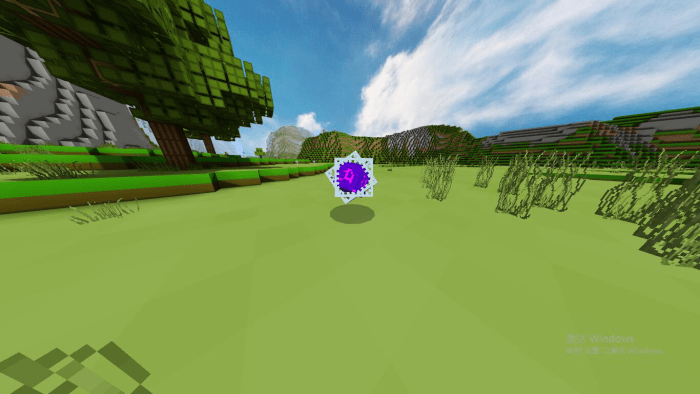 A crystal. but no one knows why it is conscious. 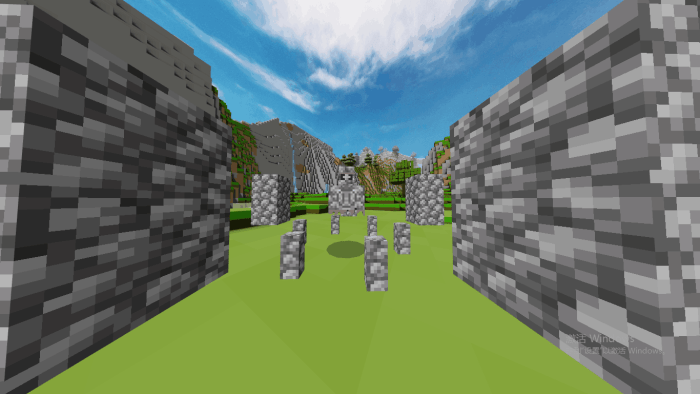 It seems that something abnormal has affected it, it is sad to see that it is hostile. 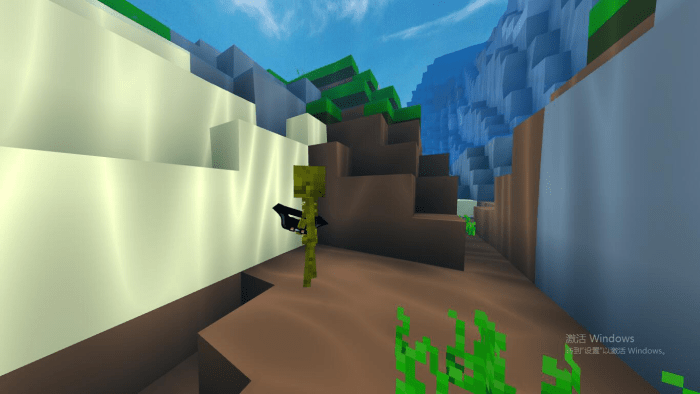 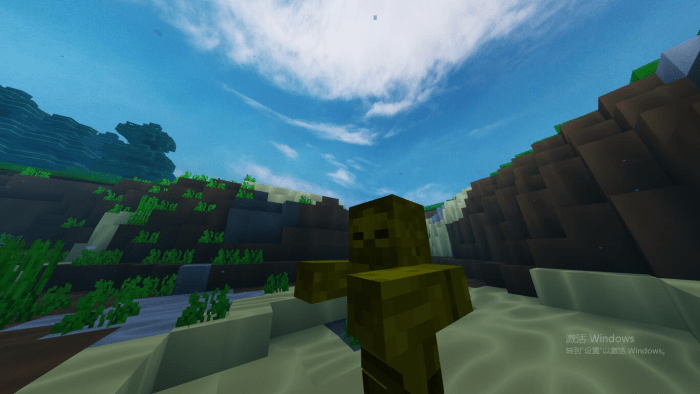 They are different from husks, and no one know why they exist. Luckily, they are easy to kill. 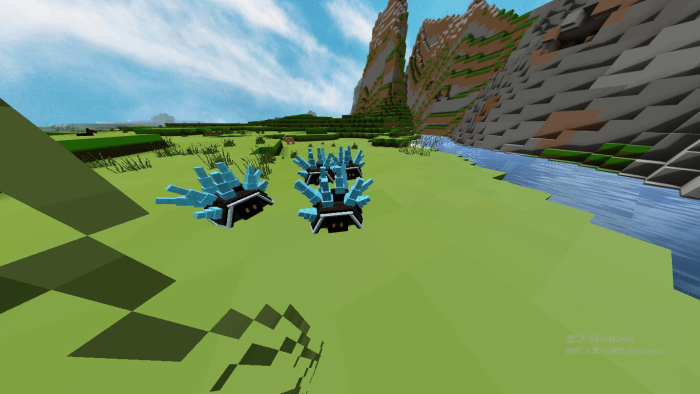 You think they are cute? Yes, I have to agree. But they are also FATAL. 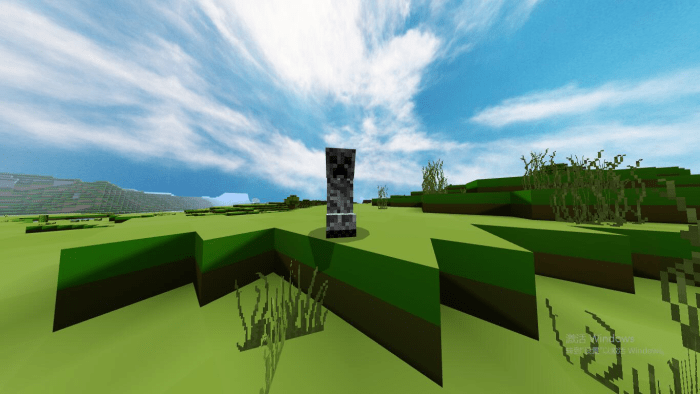 Remember that old rhyme? “Crepper has been forgotten, and it is S~A~D~” 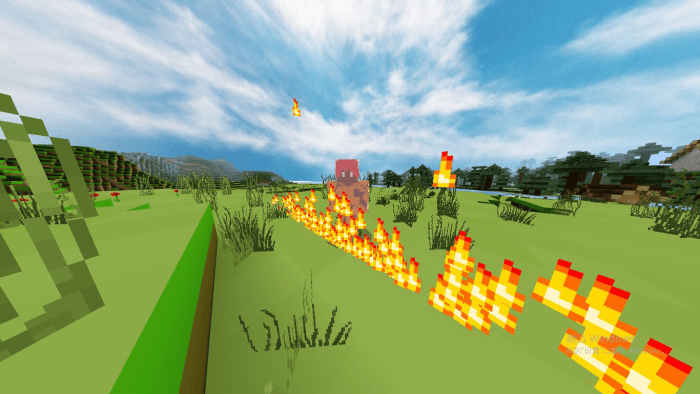 It seems that it can use English to chat, but he refused to that 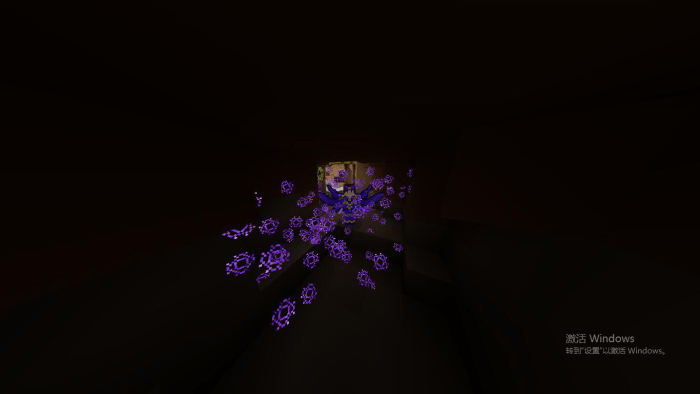 He called himself as a king, so he added a “first” after his name. He has 3 stages. be careful. 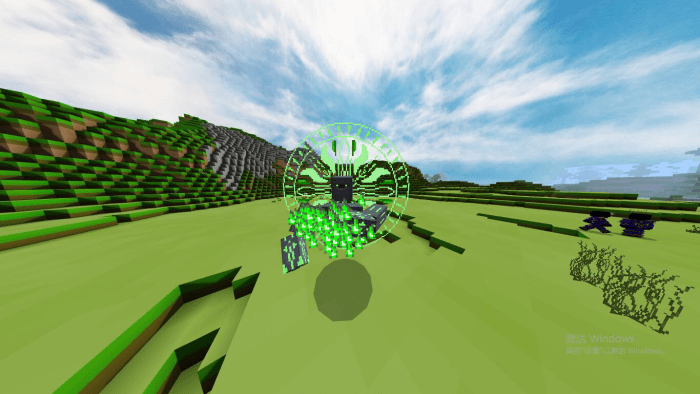 A golem with many mysteries, the only thing we can get from it is: It will kill everyone.

The most powerful mob in this universe, the creator of the world border.

Unless the situation involves the survival of the universe, otherwise he will never appear.

He believes that humans are cancer cells of the universe. so don’t try to spawn him, his appearances always cause disasters to humans.

He will also try his best to kill those mobs which are evil in his eyes. 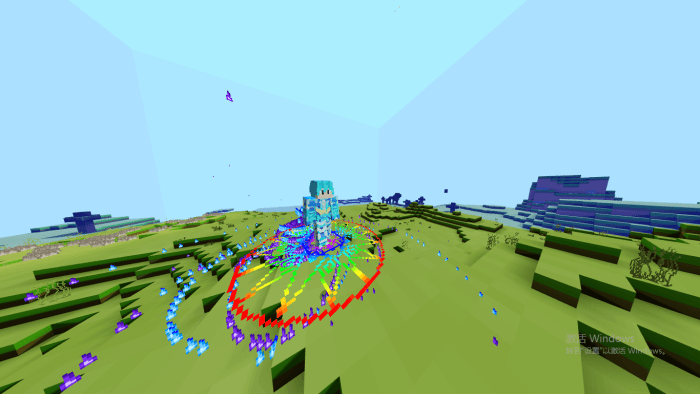 He is also to use for elements to fight: Fire element, ice element, earth element and darkness element. 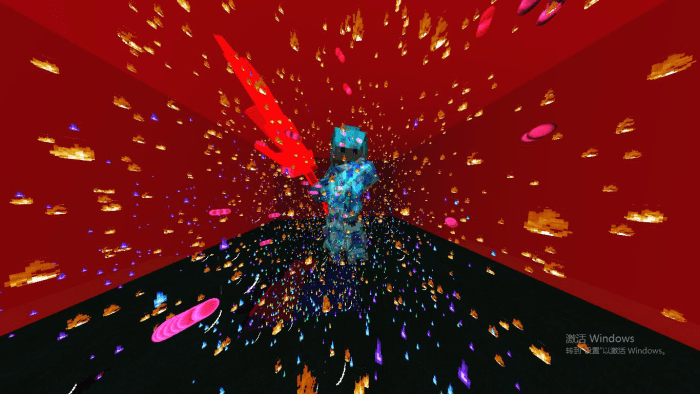 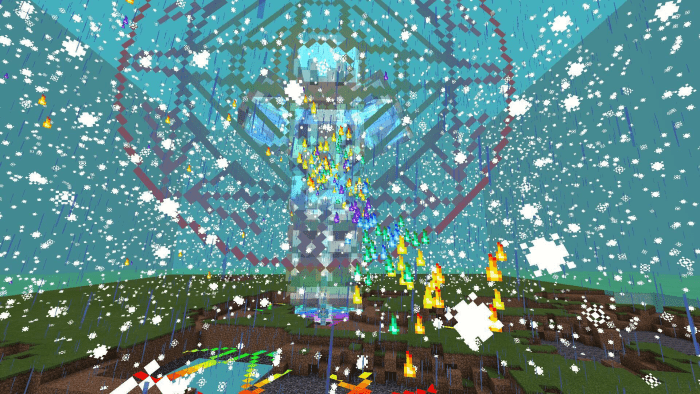 He is also able to turn into the ultimate stage: Universe Stage.

His Rainbow Original Cut will kill everything. EVERYTHING. 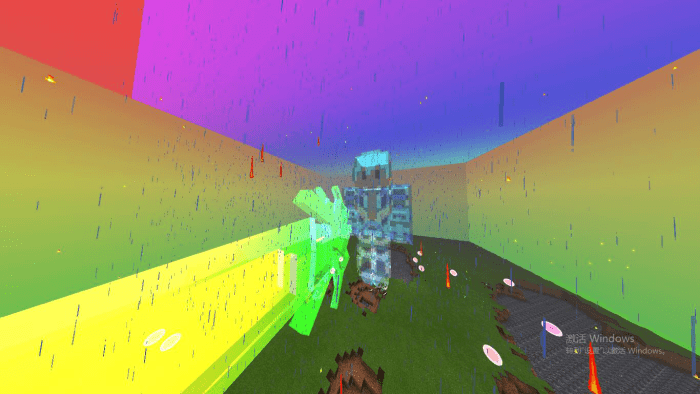 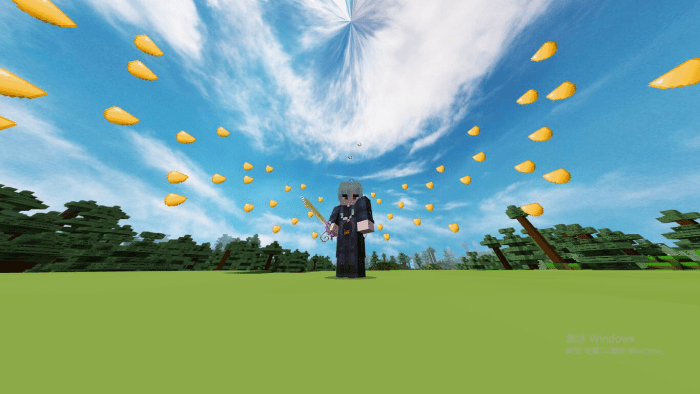 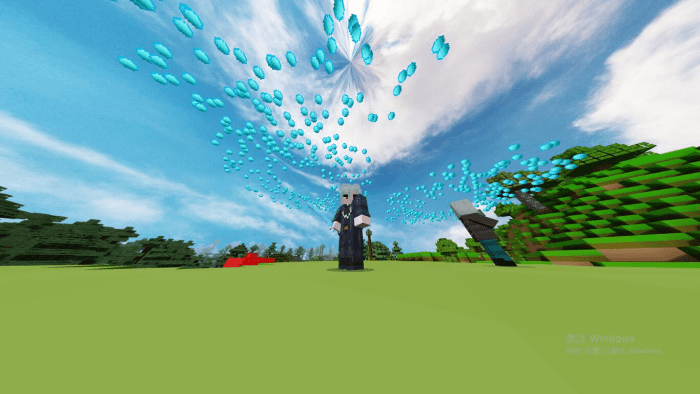 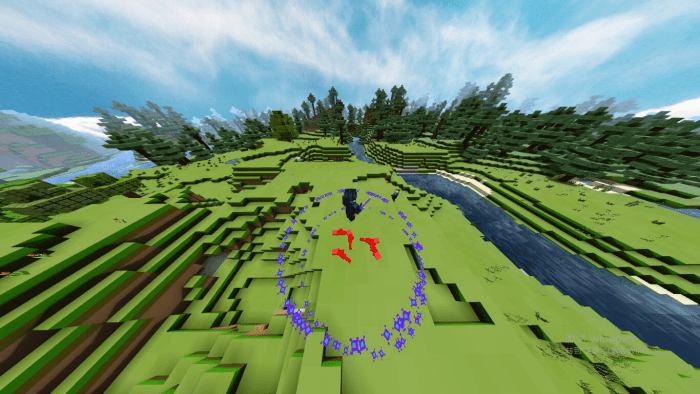 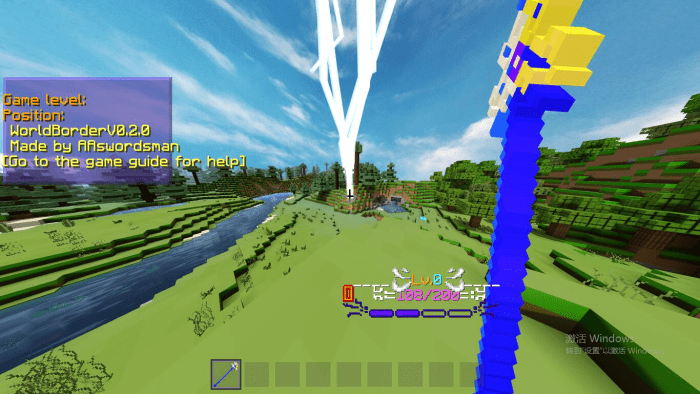 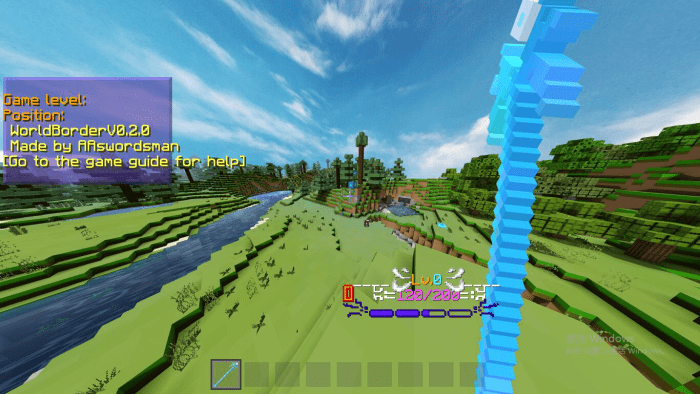 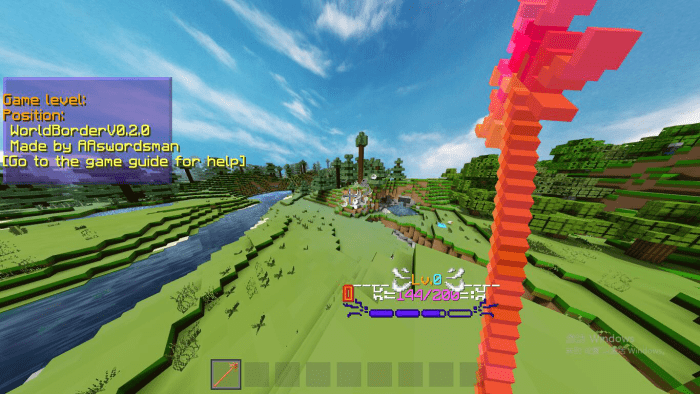 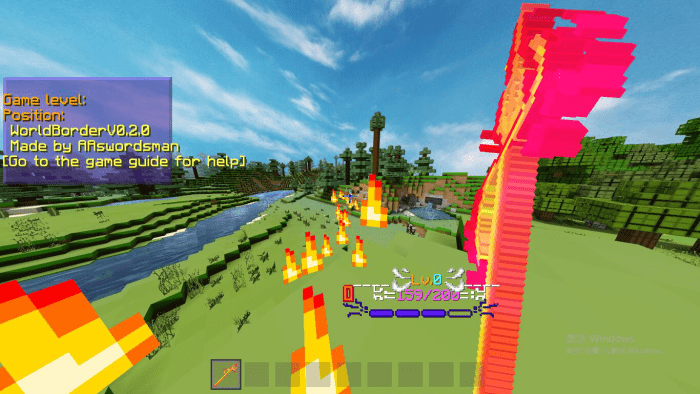 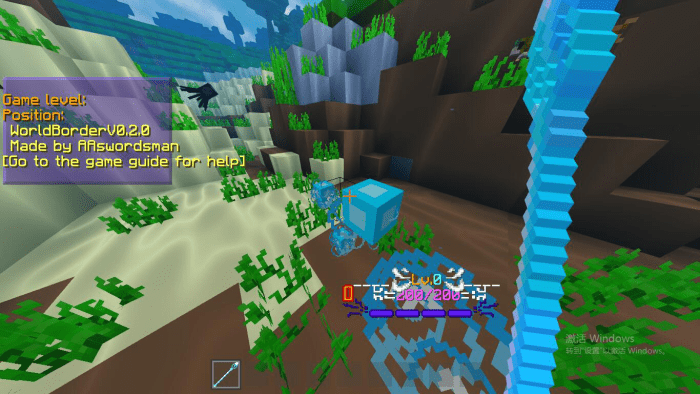 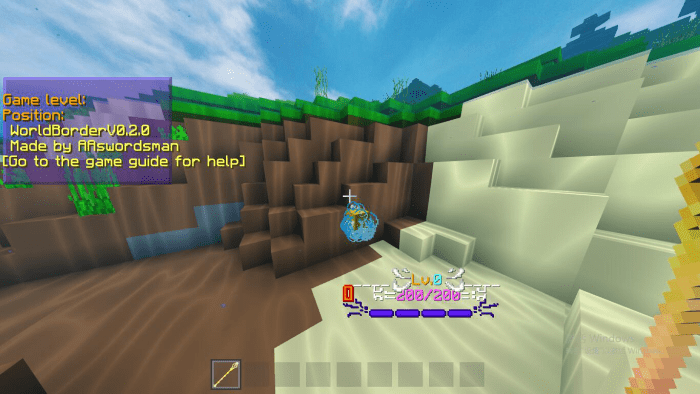 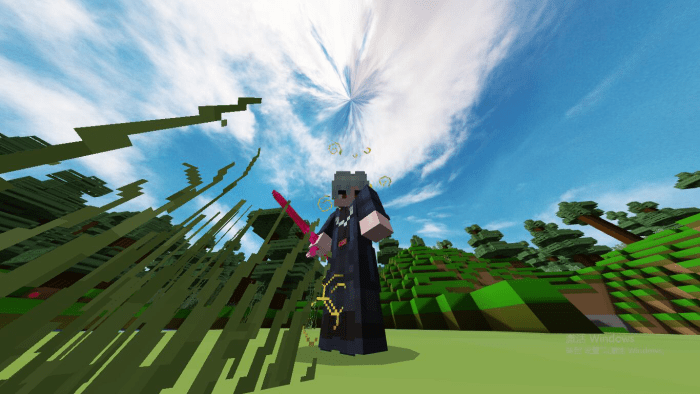 That’s only some of weapons in this addons. The crafting recipes are in the game guide.

If u want to get the weapons more convenient, then u can get them by commands!

The commands to get all weapons: /function wb/all1

The commands to get other items: /function wb/all2

This addon is impossible without you! Thx for your efforts!

You made my addon more popular! Thank you very much!

This is a project which took our team 3 months to make. We hope you like it because we really tried out best to make it.

No one is allowed to use any parts of this addon’s codes. And you can only share the MCPEDL link, not your own link. or we will give you a report and a copyright strike.

Be careful of the fake AAswordsman!

And the bugs are fixed now, enjoy it.