X-Commands adds a total of 64 commands and even though this great amount neither of them seem unnecessary. Many of them are ones which make the gameplay easier such as switching between gamemodes, controlling the weather and setting your spawn point. But some are actually quite funny to use as well. Some examples include the x-ray command which let you see through walls, then there is the nuke and explosion commands which let you create big explosions.

An iOS version of the mod is being worked on. Once it’s released we’ll update the post and let you know on Twitter.

All commands are case sensitive so you must be careful to type them correctly.

Most of these commands appear to be a work in progress.

Here we used the /Explode command. It’s definitely a powerful commands but you need to be careful while using it because you will most certainly die unless you play in creative mode! 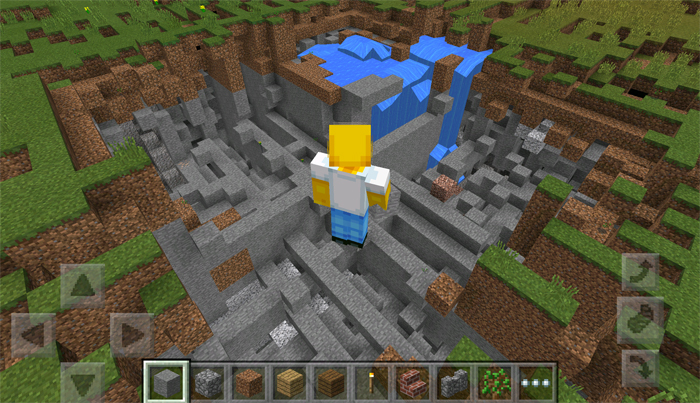 The /Hole command definitely makes digging easier. It digs a straight hole down to the bottom of your world.