Candy Island Addon is released! With it you can explore gigantic biomes completely made out of sweets! With over ten new structures, dungeons and more!

Check all the information in the description, any questions – contact the developer!

IT IS PROHIBITED TO CREATE APPLICATIONS AND PUBLISH THIS ADDON ON OTHER WEBSITES WITHOUT AUTHORIZATION FROM THE ADD-ON CREATOR !!!

ATTENTION! IF YOU ARE RECORDING SOME VIDEO, YOU HAVE NO AUTHORIZATION TO MAKE YOUR OWN DOWNLOAD LINK, USE THE AVAILABLE LINK, OR SHORT JUST THE ADD-ON OFFICIAL PAGE LINK ON MCPEDL!

The candy biome can be found in a common way as your world is rendered, not uncommon! And on it you’ll find unique things as well as. Such as new items, blocks, animals, monsters, bosses, structures, and more! Check out some of these news!

– All recipes can usually be found in the cookbook, or you can watch a review on the creator’s channel!

A great CANDY ISLAND !! Round of rivers and chocolate seas! 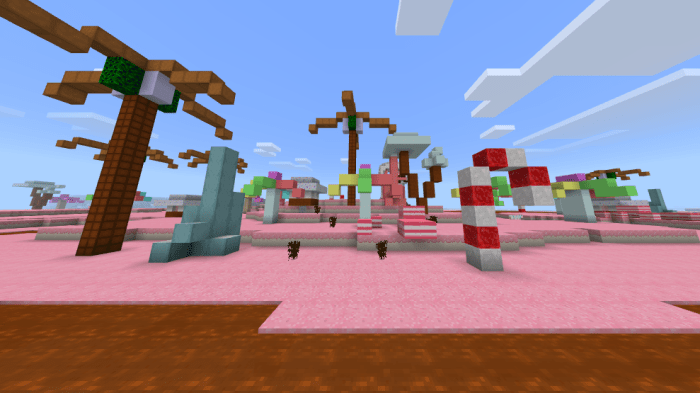 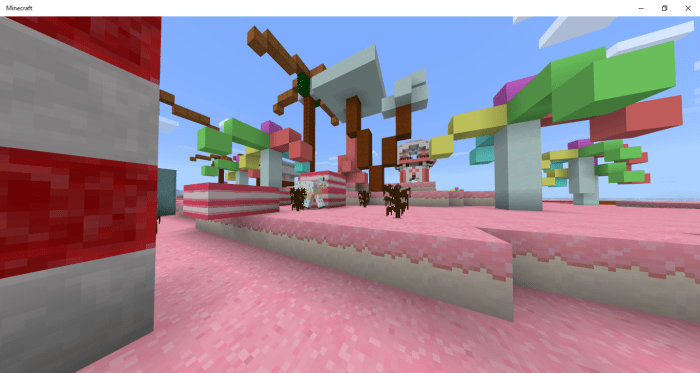 An immense generation of sweets, with personalized structures, find them by your world!

According to the image, the blocks added are: 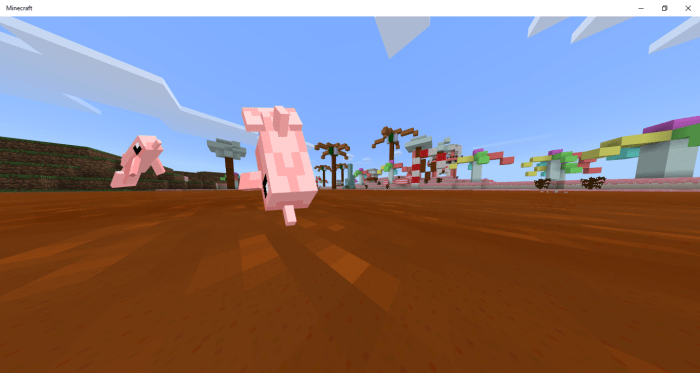 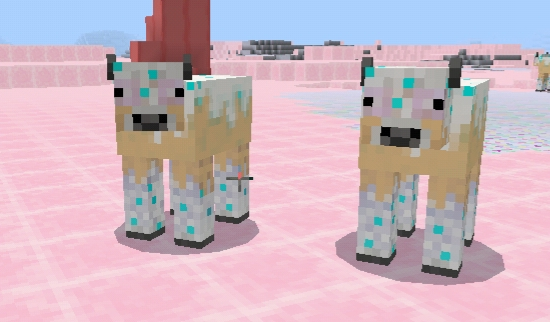 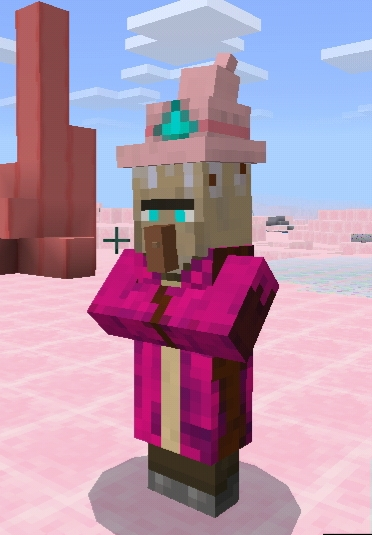 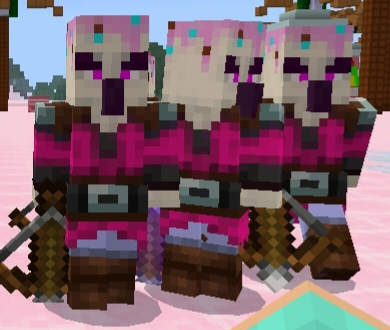 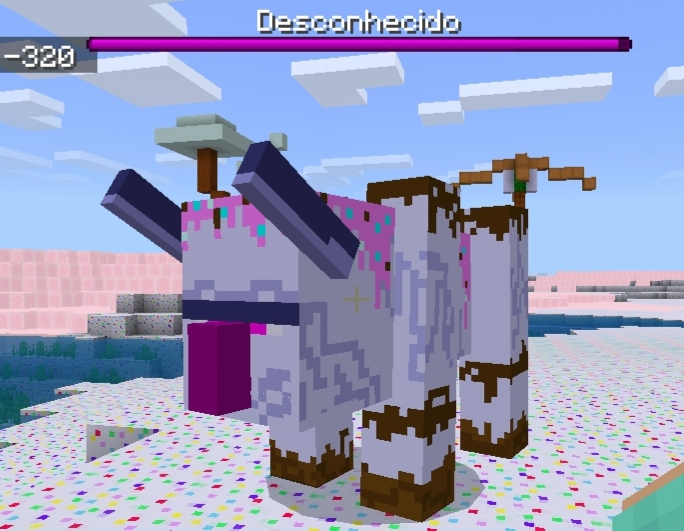 – Guardian Ravagoce – BOSS (Guardião devastadoce) – He appears rarely and only at night, he is a powerful boss !! 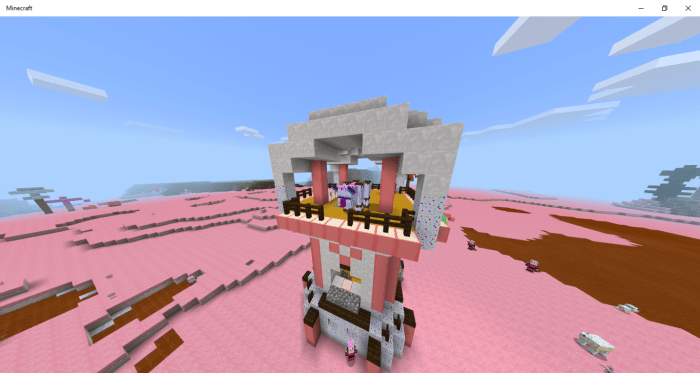 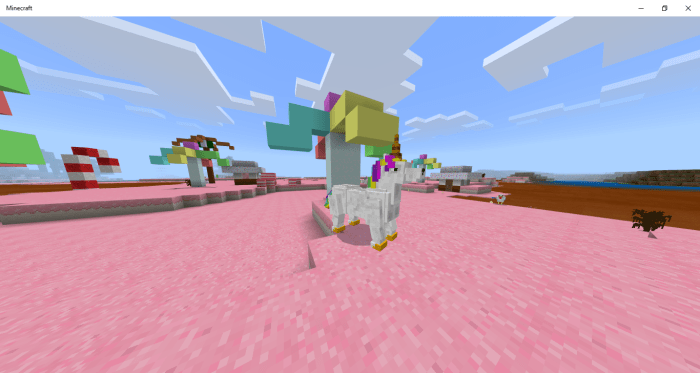 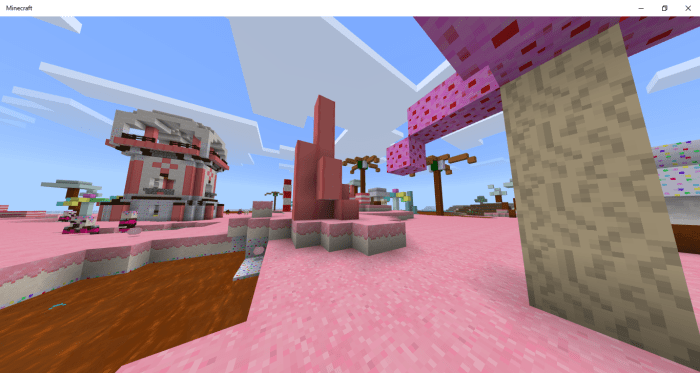 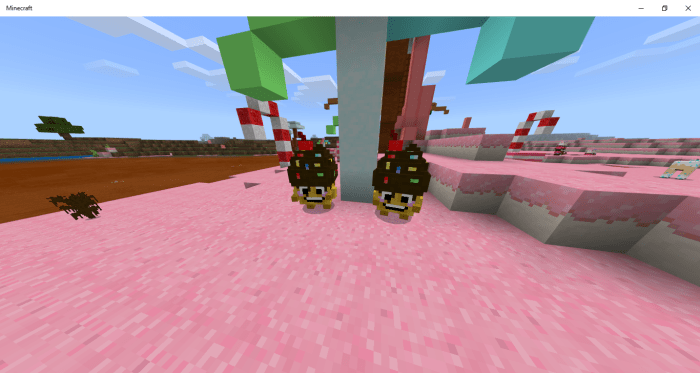 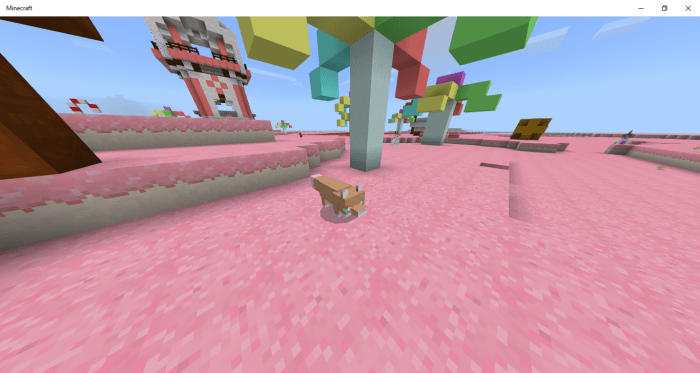 To get the items, give the command / give @p candy: (item) or make them through recipes, shown in the cookbook, or you can also get them in the custom addon blocks! 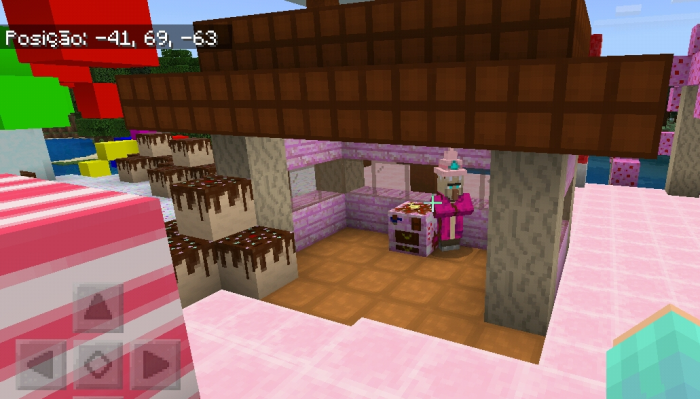 – House of the elderly !! In it you can find hidden chests, the guardian, candy counter and new blocks! Be careful when you face it !! RARE STRUCTURE

– Added new armor, swords, and tools made of candy!

- Villagers no longer have clothes in their snow biomes!"

- Candy Island animals no longer spawn in other biomes!

- Fixed several bugs that occurred when activating and using the behavior pack in the world.

- Villagers have custom skin for candy biomes, which allows you to create villages !!

Sweet shrubs now have no black spot error in their texture.

Corrected and revised every translation from yCandy to English.

Sweet blocks now emit light 2x more than the other versions of the addon.

Structures now must no longer generate above the others.

Candy confectionery now has its rarity enhanced even more.

For English language, the names of the guardians were changed, for Ravandy and Pillandy.

Candy elder does not throw more snowballs as before.

Pillagoces now must generate in the ground correctly.

Fixed other errors when playing in win10 edition.

Bullet blocks should no longer crash when done on a desk.

Sweet little bears are not now aggressive with caramel foxes.

Retrieved non-dependency error when activating behavior packet in the world.

Correction in the spawn egg of the candy elder.

Changing the cookie name to CupCake (in the Brazilian Portuguese translation)

- Many biome-generation bugs and structures have been fixed.