This Addon adds a few new thinks to your world, which make it harder to survive, but also a bit more realistic.
The idea is it, that there was a nuclear catastophe a now the most of all other people are zombies and you are one of the last survivors.

(You can play this addon in multiplayer)

First of all add the function to your world.
Then type in your ingame chat /function install 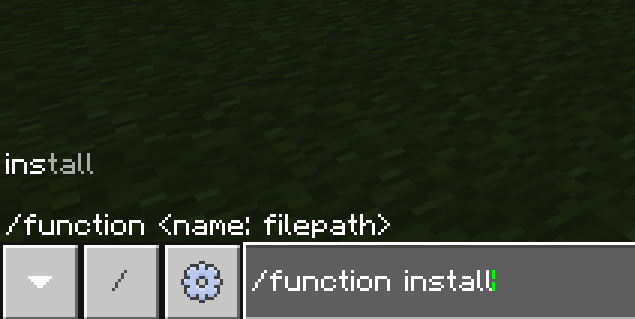 You will get a structure block and the same short following instruction (and it makes some other settings for the functions, so it`s necessary to run it one time at the beginning):
1. place the structure block
2. turn it into Load
3. type in engine
4. click on Load

This will load a little structure and the Addon will automatically start and run (don`t place light sources near the structure, so that the light sensor can work right). 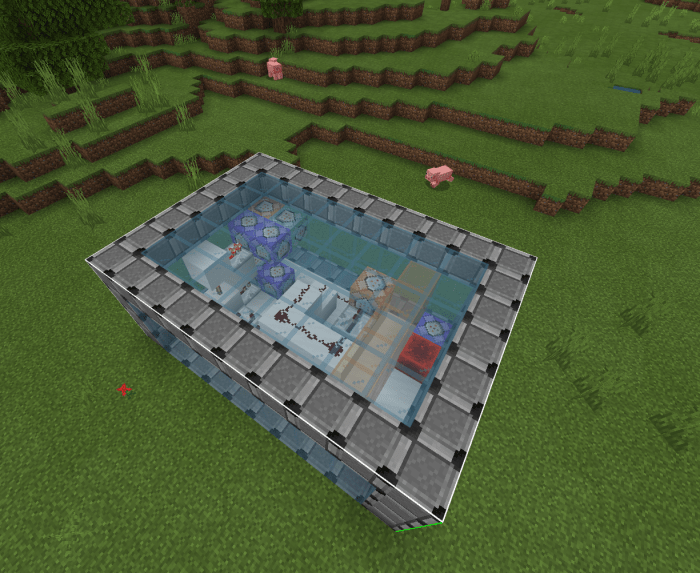 Please write a comment if you think something doesn`t work or if you have an idea what I could add to this function (for example some nice extensions to other mobs).

I hope you enjoy playing this function. :-)

February 15, 2021 at 9:11 am
It doesn't work, I type "/function install" and it gives me the structure block but when I press "Load" after putting it to "Load", it just says "Structure" and nothing happens, I'm in Android
Log in to Reply

November 16, 2020 at 8:35 am
i need a funtion where it loads the structure without the structure block cause my version of minecraft is education edition but i cant play pls
help
Log in to Reply

September 30, 2020 at 2:39 pm
Really fun addon but how long is the virus supposed to last? I got infected and I've been stuck with it for two irl days. Is there a way to get rid of it?
Log in to Reply

September 01, 2020 at 3:14 pm
I am using apple iPhone and every time I load the structure, it lags my device very badly, pls fix this
Log in to Reply

August 19, 2020 at 2:19 pm
Btw I would create a better add-on soon with more catastrophic disasters ? than this which means it adds more volcanic disasters, tsunamis, earthquakes, pandemics or epidemics, man made disasters, asteroids, comets, meteorites, etc the add-on would be called the Global Catastrophic risk. Btw this add-on is good do you have discord server
Log in to Reply

July 17, 2020 at 4:47 pm
actually I still wanted to update the function untill today. unfortunately i did not have enough time and for personal reasons i will only have time in a few weeks to fix other errors .
if anyone finds any other bugs in the meantime, feel free to write a comment, but please be patient. thank you
Log in to Reply

July 15, 2020 at 9:29 am
Its a cool mod, but something doesn't seem right. Its been foggy for five days straight, so I can barely leave my house. Not only that, but there's nothing around me with a virus and I keep getting debuffs. I just died in my hardcore playthrough because I can't go anywhere and random wither debuff :(
Log in to Reply

July 15, 2020 at 9:37 am
Its been foggy for over an hour, and it shows literally no signs of stopping. I need to make a new world simply from how messed up my old world is now, please nerf fog.
Log in to Reply

July 10, 2020 at 7:20 pm
Very cool addon! My friends and I are having some fun with this.
But one question, is it intentional that I can't quench my thirst with a cauldron filled with water in the nether? Being unable to rehydrate + being thirsty in like 2 minutes makes it very hard to stay in the nether.
Log in to Reply

July 06, 2020 at 6:30 pm
Good addon
I have an Idea. What if you add a survivors? Make them Tameable with Iron ingot and make them can using weapon like Sword and Bow for protect itself and the player (Only if the Survivor is Tamed). And make them spawn in group with one Leader.And if the leader is tamed,all group is tamed.
Please update