Armor Expansion it's a add-on that adds 8 new armors to Minecraft BE. each armors counts with an only and unique abilities. This changes depending the material of the armor

First, you need to make a new block:

Now, we can make the armors

The redstone armor gives speed 2, this armor can glow like the enferman eyes and you can't see when the armor is enchanted

The turtle armor gives protection and slowness like the turtle master potion (the helmet gives water breathing), you need this armor for a new and better armor. You can craft this armor in the normal crafting table

The shulker armor gives protection when you sneak, but, you can't walk meanwhile you're sneaking

The prismarine armor gives conduit power and you're immune to the poison effect, also, you can give poison to the most certain mobs. You have a change to obtain poison for 3 seconds when you unequip the armor.

The guardian spike it's a new loot from the guardians and elder guardians. It's necessary from craft the prismarine armor.

The ice add-on gives slowness 4 from any mob around you and gives speed 6 to the carrier (this because you obtain slowness too).

You can find this armor on igloo chest, taiga village chest, armorer chest and snow village chest, sometimes can appear the complete armor or just appear some parts 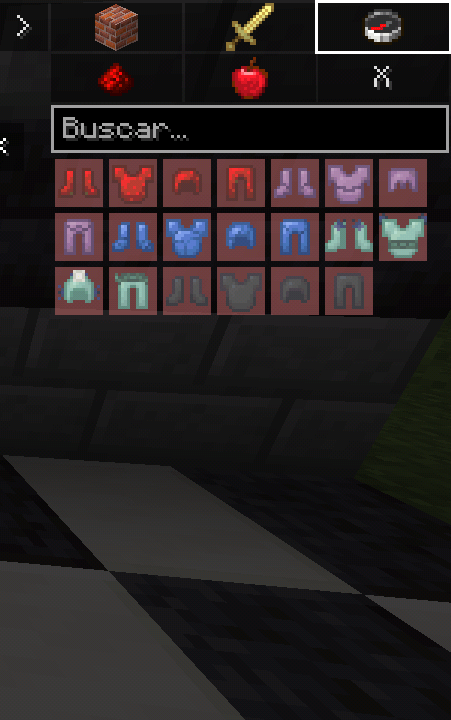 Changelog
Now, you can download the add-on with a MediaFire link

When you put the add-on be sure that you activate the next things:

September 08, 2021 at 7:06 am
If you update this pack to fix the bugs, this will be the best armor pack hands down. The lapis armor for example is amazing. Please dont lose your chance
Log in to Reply

April 21, 2021 at 1:16 pm
Amazing Job! This will pair perfect with the Minecraft Upgrade addon! Can't wait to see what you whip up in the future!
Log in to Reply

April 17, 2021 at 12:30 am
There is a bug to do that when you have a piece of armor with effects and then take it off you continue to have the effect I don't know if you can solve that
Log in to Reply

April 14, 2021 at 5:06 pm
I really like this mod but there are a couple things I want to address. The addon is great but please fix the armor table, you can't get it at all, you can't craft it or use /give. And the other thing is really just a pet peeve but I still want to mention it, with the partner mods (Nether Upgrade and Prehistoric) we recently got the new community based character creator items and for some reason the partner mods don't allow you to use your skin with the more special 3D models. So great mod, but a couple of bad things. Still worth it so, if I could, 4.5 Stars.
Log in to Reply

January 30, 2021 at 1:34 pm
Can you make the armor table? the armors appear and the effects work, but it sucks to use cheats for the armors
Log in to Reply