You want new features to improve your Minecraft experience : New ores like the ruby or the copper, improved deserts with oasis and quicksand, a more realistic gameplay with temperature, infected Zombies and even more… This Add-On is maybe for you.

All BetterBedrock features are presented below. 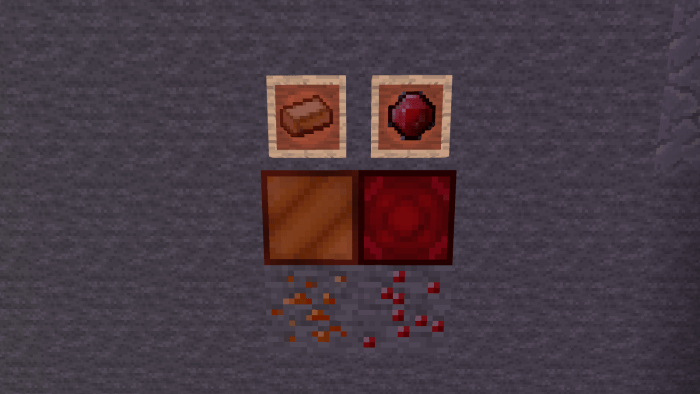 • Ruby ore are generated naturally between Y=10 to Y=20 layers and are more common in desert biomes.
• Don’t require a pickaxe to be obtained, it’s due to a missing functionality with Minecraft addons, but you have to mine this block a couple of seconds before breaking whatever the tool 😔

• Can regenerate (with a Regeneration I effect) all the players who are very close to this block. Its inspired by beacon features but without using beacons 😝
• Obtained by using 9 ruby gems in a crafting table (9 ruby gems = 1 ruby block).

• Generated naturally between Y=0 to Y=96 layers and are more common between Y=48 to Y=80 layers.
• Don’t require a pickaxe to be obtained, it’s due to a missing functionality with Minecraft addons, but you have to mine this block some seconds whatever your tool, like with Ruby Ore.

• Obtained by using 9 copper ingots in a crafting table (9 copper ingots = 1 copper block).
• Can regenerate (with a Haste I effect) all the players who are very close to this block. Its inspired again by beacon features.

Note : Other tools (pickaxe, shovel…) will be available when MCBE Addons allow some new block mining components and the possibility to make these new items

Other new blocks and Items : 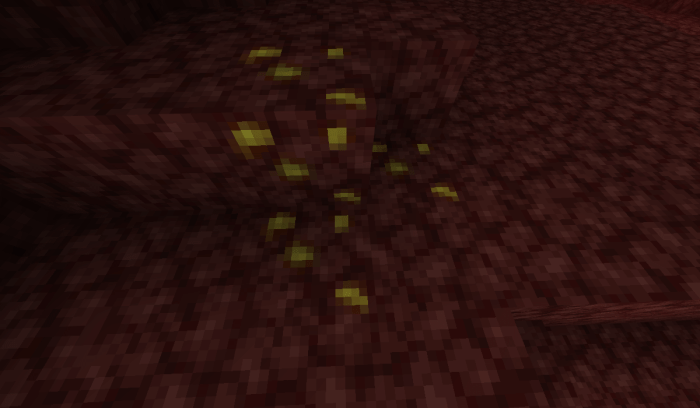 • Generated naturally in Nether biomes, mostly between Y=32 to Y=96 layers and near to Zombie Pigmen.
• Drops some gold nuggets and sometimes 1 gold ingot. 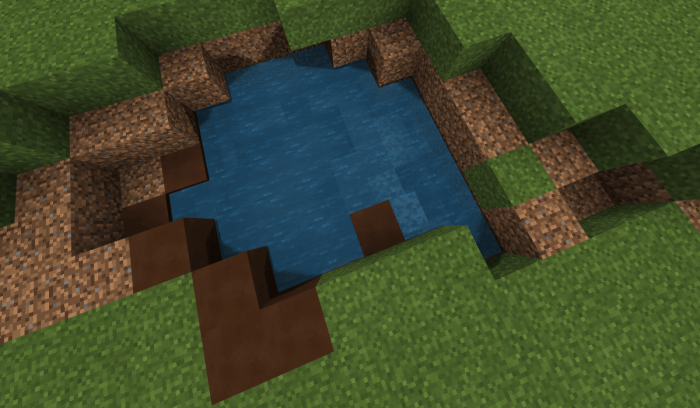 • Generated very often in rivers and swamps.
• Generated progressively around water lakes and beaches.
• Replaces only dirt and grass in the world generation.
• Obtained by using 9 mud balls in a crafting table (9 mud balls = 1 mud block).

• Generated in desert biomes.
• Can slow, then sink all entities who are on quicksand blocks, except Husks.
It’s a dangerous trap… be careful ! 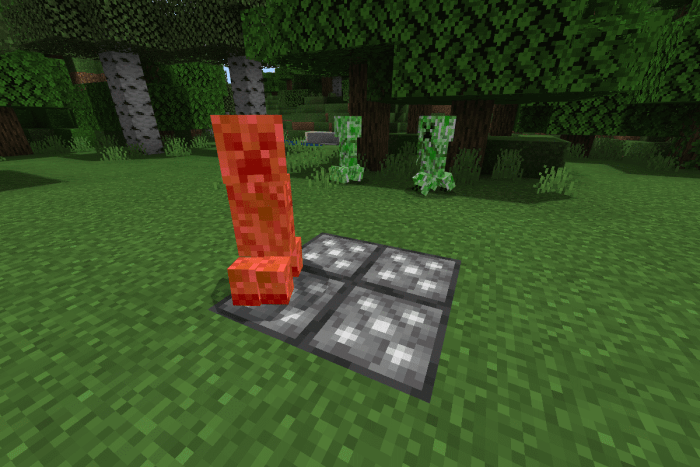 • Every players or Mobs will receive damages when they are on top of this block.
• Can be crafted with 3 cobblestone and 4 iron or copper ingots.
• The texture has a little animation, but in the future, there will be spikes that could come out of this block. 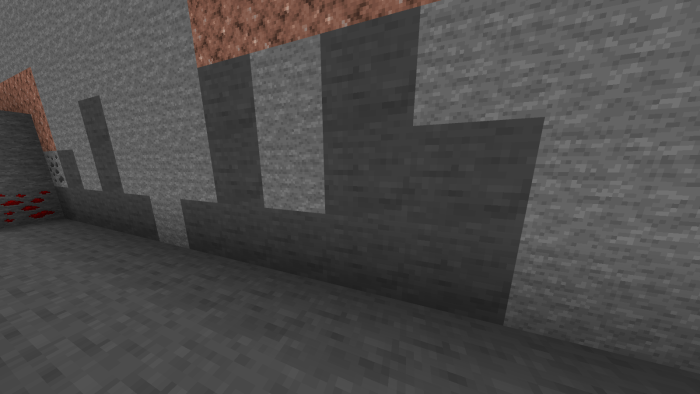 • Replace Bedrock at layers 2-5 and can be minable.
• Useless for the moment but this block will have some interests (for the ore generation). 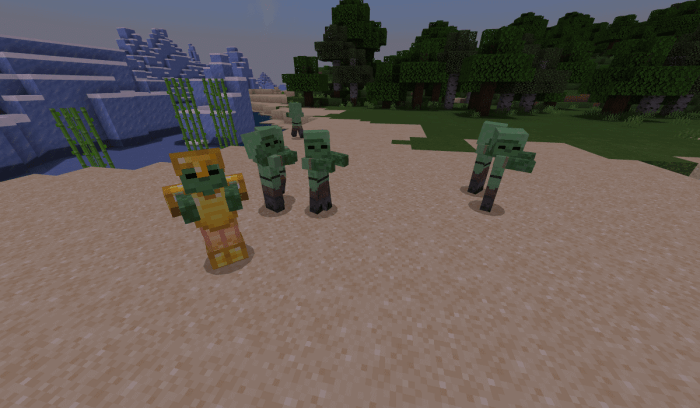 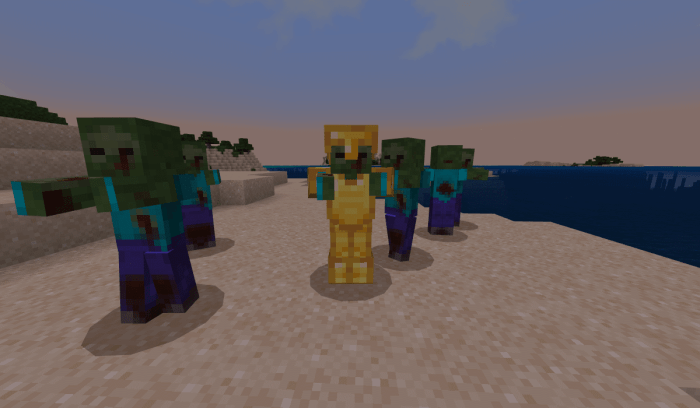 • Has approximately the same behavior than classic zombies.
• Infect players with a poison I effect of 15 seconds (5s in “easy” mode, 25s in “hard” mode).
• Represents 25 % of in-game zombies now.

• It’s not a Mob like others (Zombies…), its role is only to execute function commands to make some features working (Mud spawn, Oasis generation…).
• There is always only one Loop Executor on a Map, which spawns in a bedrock cage at Y=255 on top of the Map’s world spawn.
• Please don’t spawn this with egg or summon. If there is zero Loop Executor, you have to use /function reload in order to spawn a Loop Executor correctly.

• It’s a big spider that will spawn underground. But I keep this Mob for the future version 🙃 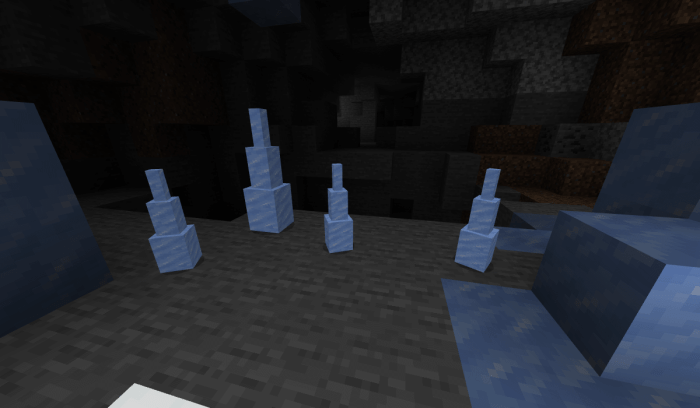 • Generated sometimes in caves of every frozen biomes.
• 3 differents height : 1.5 meters, 2m and 2.5 meters.
• Behaves like an immobile entity which looks like a stalagmite of ice.
• If you broke a stalagmite, it will drop up to 3 ice or packed ice blocks. 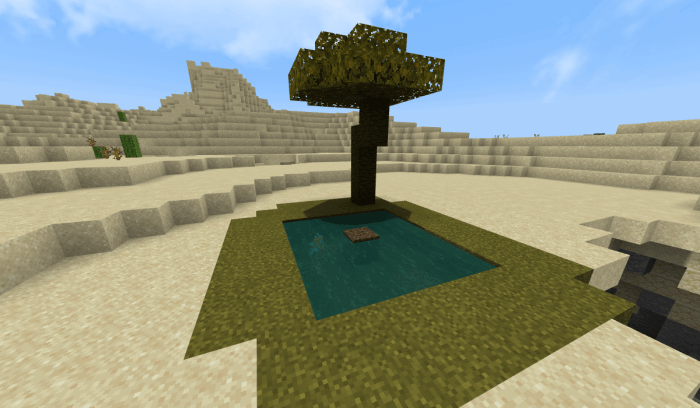 • Generated rarely in desert biomes, between Y=63 and Y=65 layers.
• Contains a small lake with one tropical fish, one “Palm” tree (it’s a reviewed jungle tree) and grass. 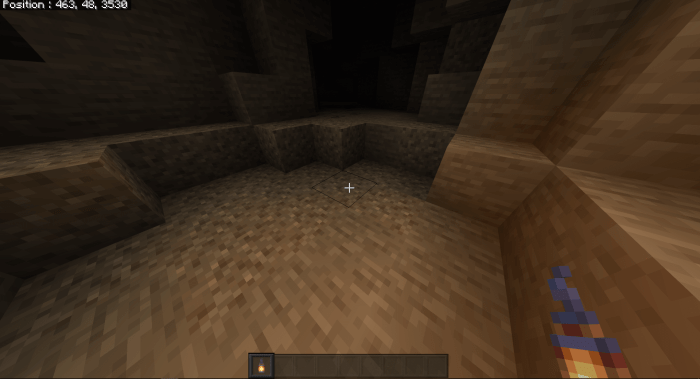 • It lights area when a player holds a lantern.
• Having a lantern on hand since 10 minutes, the lantern will be cleared from the Player’s inventory and replaced by 8 iron nuggets.
• In the future, dynamic light will works for most of light sources. Different light sources will be separated into 4 levels of light intensity :
-Very high : Lava, glowstone, lantern, sea_lantern, lit_pumpkin
-High : torch, end rod, enchanting table
-Medium : Redstone torch, Redstone ore, Ender chest
-Low : Glowstone dust, magma, dragon egg 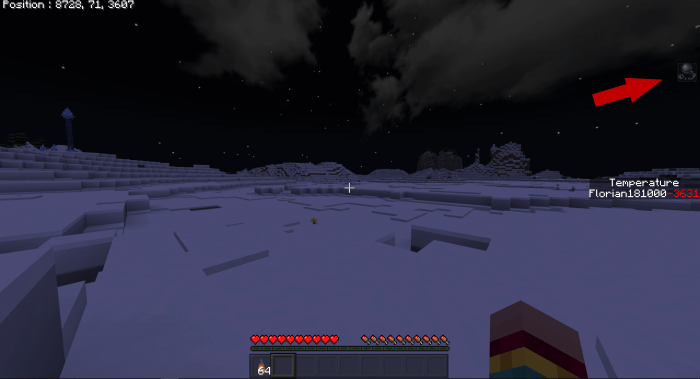 ► If you are in tall grass or sugar cane, you will get a Slowness II effect, but slowness will be ended if you exit tall grasses :

► Dropped saplings from any tree types will sometimes be planted on ground automatically.

► If an entity is on a lilypad, it will be destroyed and dropped.

► /function vanish : Give infinite invisibility with disabled particles to the player.

► /function night-vision : Give infinite night vision with disabled particles to the player.

► /function reload : Spawn a new cage with a Loop Executor inside. You can use this if you accidentally killed the last Loop Executor.

• Be careful before using this ! Not recommended for servers/Realms !
• Kills all Mobs without names (which are probably not tamed Mobs) except villagers and some entities (like armor stand).
• Resets all scoreboards.

Please use this instead of /kill @e !
• Kills every entities except the Loop Executer.

Why I balance these items : -Increasing a little damages for some items because of their sharp form. -The melee damages for tridents is reduced because tridents are too overpowered in melee use unlike throw use.

Reason : Reduce a little griefings in Realm and servers but make Ender crystal more dangerous with fire when destroyed (It will not happens if the gamerule “dofiretick” is disabled)

• Slimes :
-Can stick players and give Slowness effect to them for some seconds.

• Silverfish :
-Can affect players with Mining Fatigue for some seconds.

• Endermite :
-Can affect players with Nausea for some seconds.

• Other small balances but not important.

Why I balanced a lot of Mobs ?
I updated these Mobs mainly for gameplay consistency, makes useless Mobs (Silverfishes…) more impressive and innovative, makes the game easier at the beginning of a survival serie, then make the game harder (after entering the Nether, dueling the Wither, adventuring a Ocean monument…).

I create this Discord for suggestion, bug reports and more.

-Sorry for my bad english, because I’m French, but I done some efforts to make a comprehensible documentation, I hope 😂

• Added a better thumbnail.
• Updated download links and names.
• Updated some sentences in the Add-On documentation.

-You will no longer be redirected to adf.ly If you choose the BetterBedrock ".mcworld" Addon ;) You will be redirected directly to the Addon ;)

[Announce]
The BetterBedrock v1.1 with new features like Tarantula Mob, more advanced temperature system and more will be available soon, be patient :D

-Added a second download link with the .zip extension (BetterBedrock). Once downloaded it, you have to extract it and put the 2 folders (Behavior and Resource Pack) in the good Minecraft's folders.
-Edited credit part in this Addon page.

3 - If the file is compressed in a .zip, you have to extract the .zip, otherwise, if it's directly the .mcaddon file, open it and the addon is installed.

5 - Be sure to have enabled EXPERIMENTAL MODE !!!

Sorry for low-end devices but you will have some problems, mostly lags. But I advice you to try by yourself, you will maybe have surprises 😉
Normally, it works for every Minecraft Better Edition platforms : iOS, Android, Windows 10, Playstation 4, Xbox One and Nintendo Switch.