Skywars is a classic minecraft minigame that many has enjoyed. The most famous skywars can be found on a popular server called Hypixel. Today I'll show you how to correctly play this skywars game of mine, so you can play it the right way. 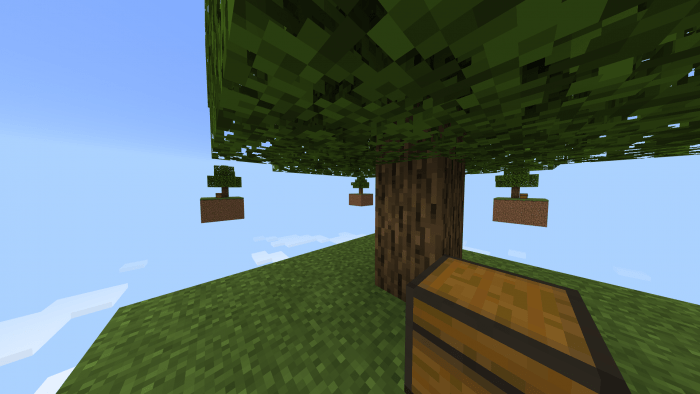 Be the last standing(the last player who proceed to not die and is able to still stay on the island).

Before you proceed, please make sure that there are at least 2 players in the world and the game isn't running. If not, the game won't start.

To start playing, one of the players must move his mouse and point at the button under the start game sign. Then, press it to start. 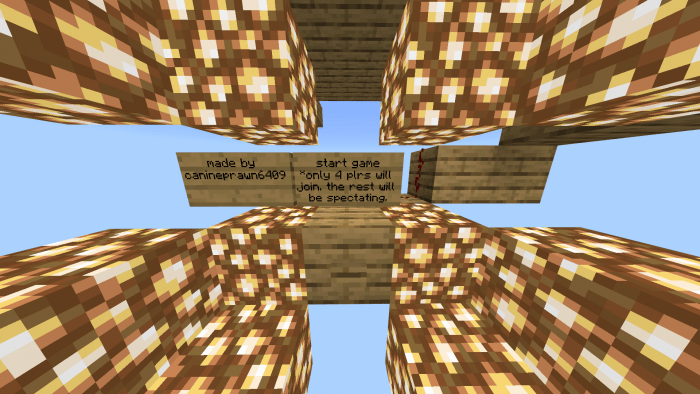 If the player is on a mobile device, move your finger across the screen, and make sure your crosshair is lined with the button under the start game sign. Then, tap on your screen to press it. If you did not turn on the crosshair option, simply tap on the button.

If you are on a console, move your right joystick towards the button until it's lined with the button. Then, press the use/interact button to press it.

After the button is pressed, The map should be ready and all players should be teleported to their own island. 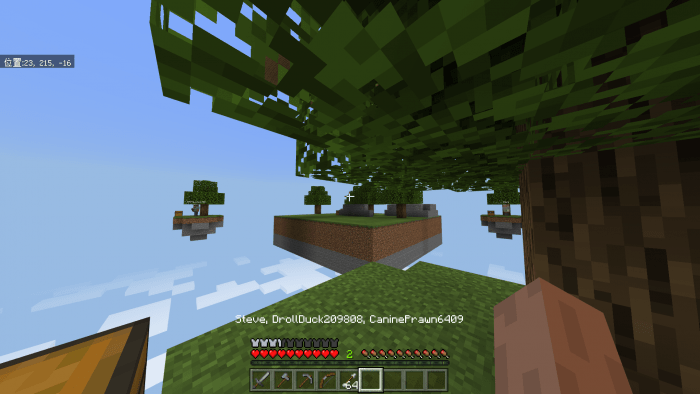 Please note: The game will only choose 4 random players to join the game. If you are not in the game, that means you are in the spectator team.

If you were not chosen to join the game or you died in one game and it didn't end, you will join the spectators. 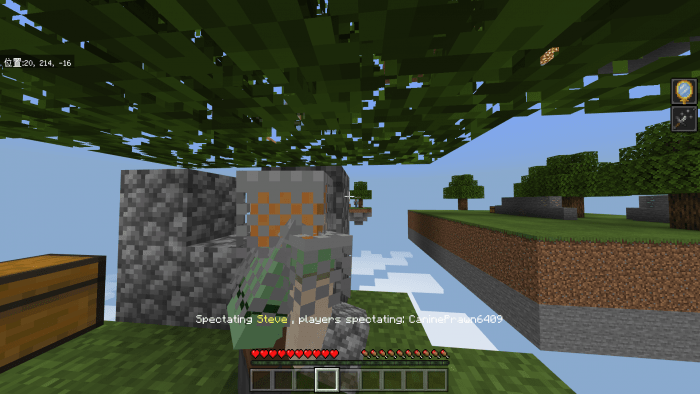 As a spectator, your camera will be locked on the player's third person shoulder view(the kind of view you see in most games(Grand Theft Auto V, PLAYERUNKNOWN'S BATTLEGROUNDS, etc.). You will see a text telling you that who you are spectating.

There will be a chest on your lsland which contains 64*2(that is 128) stones.

In the middle of the map, you can see a huge island. The huge island will include 4 trees, and a mine with several chests in it. In the chests there are several armors, and a tool.

So how exactly you can beat this game? Well, for me, i've played skywars for a lot of times. One way is to go to get other people.

On start, you can use the stones given(found in chest) to make your way to the main island. Then you can get the best armor and tools on start. Then you can go to the other players' island and fight them. 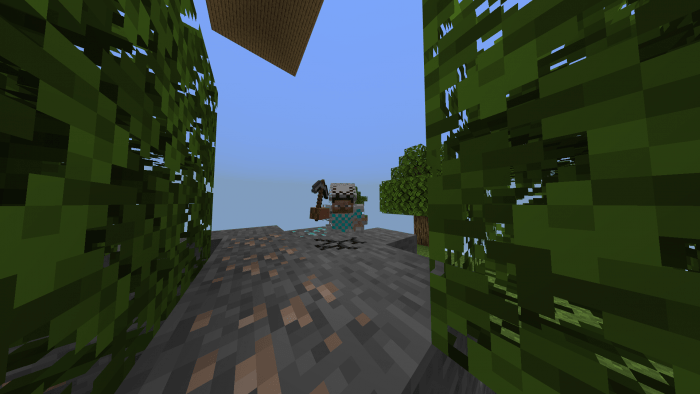 One other way-I usualy prefer this one-is to stay and defend your base. Since there's no TNTs in the game, you won't have to worry about players destroying your base. On start, use the stones to make a simple shelter that covers the two sides of your island, and make some holes so you can snipe players with your bow and they can't get you. Then, Go mine the iron ores down in your island, and make some tools out of it. Usually, when you make it to this step, the rest player would have either do the same thing as you did or coming for you. Then you can defend by using your bow and sword. 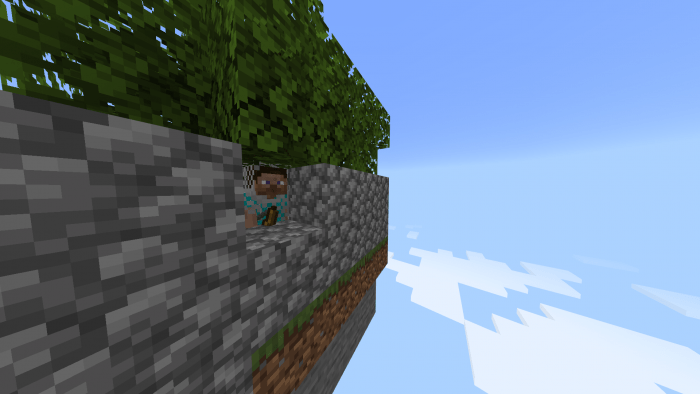 downloading the map now can make me stay alive