'The Republic of Peaceland is one of the largest and most detailed maps so far created for Minecraft PE.' — Editor of MCPE DL

Three cities in one world. Over a hundred buildings and skyscrapers with full interiors. Hospitals. Schools. Libraries. Suburbs. An offshore amusement park. A functioning underground metro system, and realistic infrastructure.

The Republic of Peaceland is a critically acclaimed, free-to-play creation map with over 200,000 downloads worldwide.

Download today to explore - and to experience - the life in a metropolis.

🛈 About the Septennium Edition

As its name suggests, the Septennium Edition is a commemorative release that marks the seventh founding anniversary of the City of Democratia on the 14th January 2021. But more importantly, this edition of the Republic of Peaceland is what would have been our cancelled 2018 release, update v4.5. This means the entire update was built before the Summer of 2018. We'd like to use this opportunity to explain why it took us over two years to release it.

We cancelled it in 2018 because we wanted to do something more with it.

Still, v4.5 was a massive update: multiple cities, a functioning rapid transit system, full interiors, etc. In a sense, it was too good. We worried that by releasing it as a free-to-play map, we risk overlapping content with our future Marketplace edition, and that, more importantly, we would be pitting a very strong competition against ourselves.

Nonetheless, as the new Project Peaceland - our Marketplace initiative - grew further and further away from v4.5 of the Republic edition, those worries faded away, and we felt it was only appropriate that we finally release v4.5 as the Septennium Edition - not only to mark the city's anniversary, but also as a statement: that even all of this serves as a mere glimpse of what Project Peaceland would be.

To those who have been following Peaceland since the very beginning, we offer our sincerest apologies for this two-year delay; and to those checking us out for the first time, make sure you follow us on Twitter, where our team continues to work tirelessly for our eventual Marketplace release in 2022 - something to look out for!

🛈 About the Republic of Peaceland

The Septennium Edition of the Republic of Peaceland was built by NickMiao0928 in 2018, with significant assistance from designbynxus, Kevin Chan, and other members of the International Association of Minecraft Architects (IAMA), which we helped co-found in November 2016. Visit our website to learn more.

There are three cities in the Republic of Peaceland.

By 2020, the City of Democratia has become the centrepiece of Project Peaceland, our upcoming Marketplace product, with yet another revamp and a four-fold expansion. Learn more about our new project below. 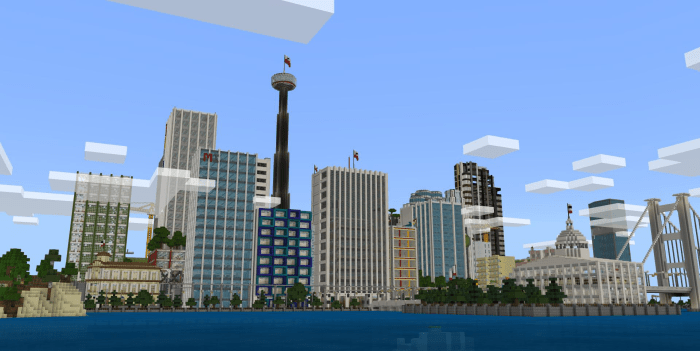 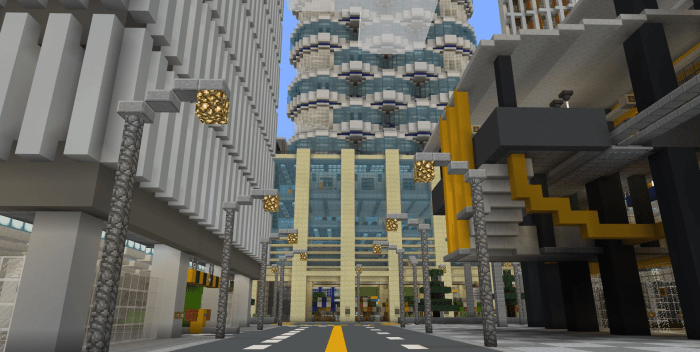 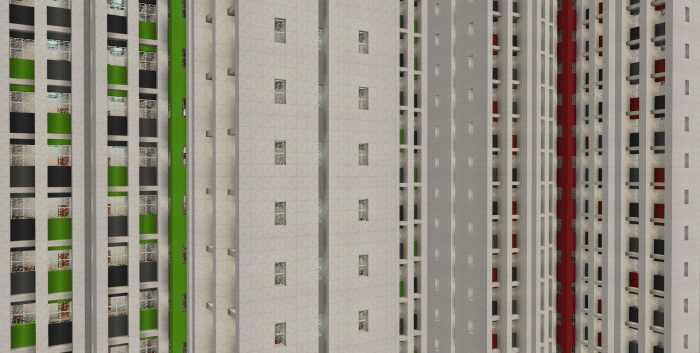 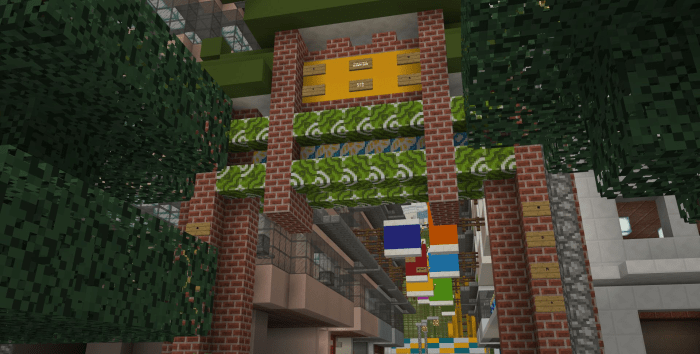 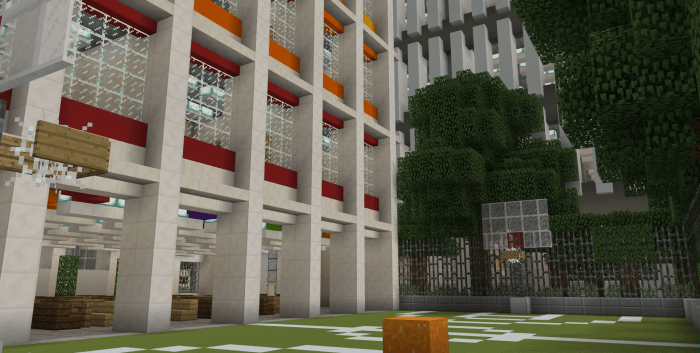 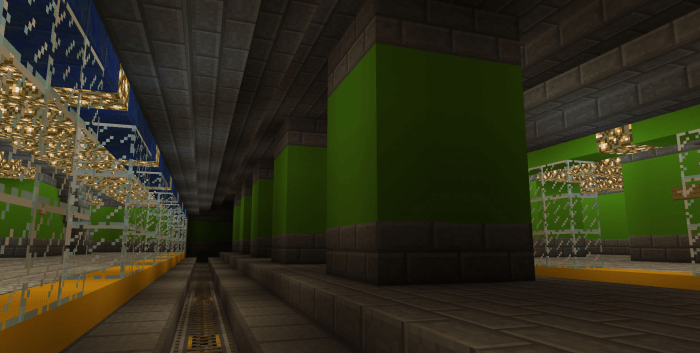 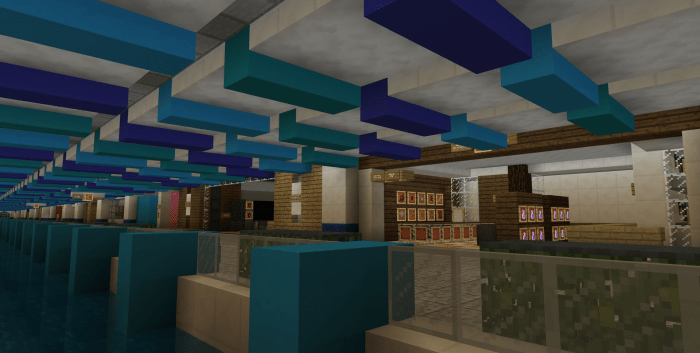 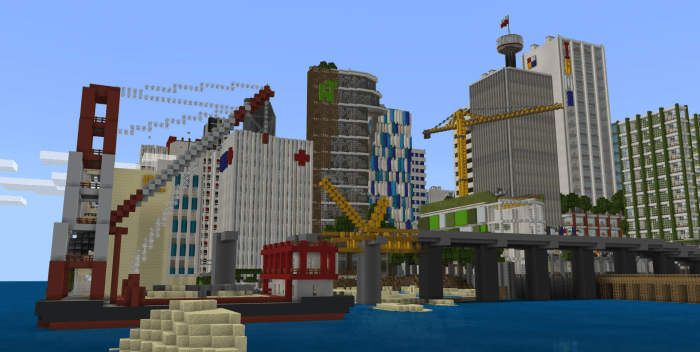 Founded on the 8th November 2014 as Hollywoodenplank, the City of Austin is the Republic of Peaceland's second settlement, located in the mesa biome across the ocean from Democratia.

Off the shore of Uptown, Austin is also Peaceland's famous Errorland amusement park. You may reach it by sea or by rail via the PRT metro system. 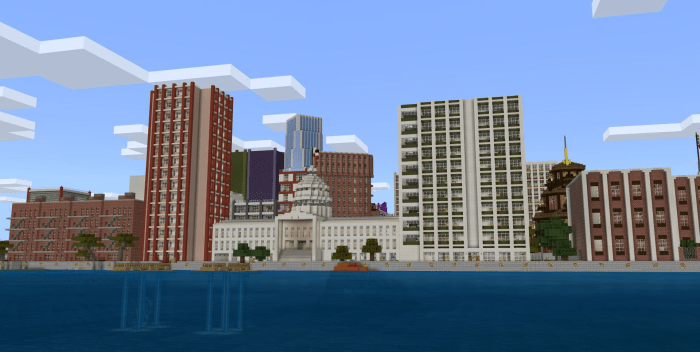 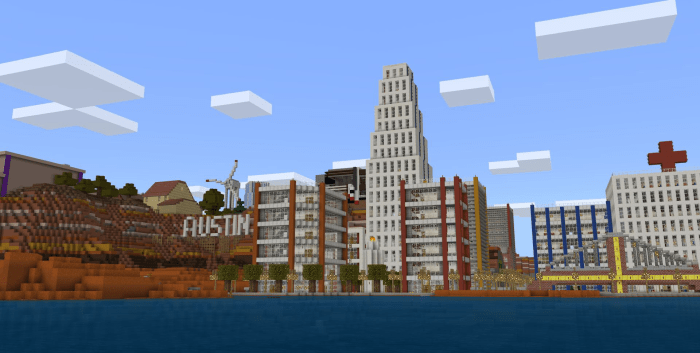 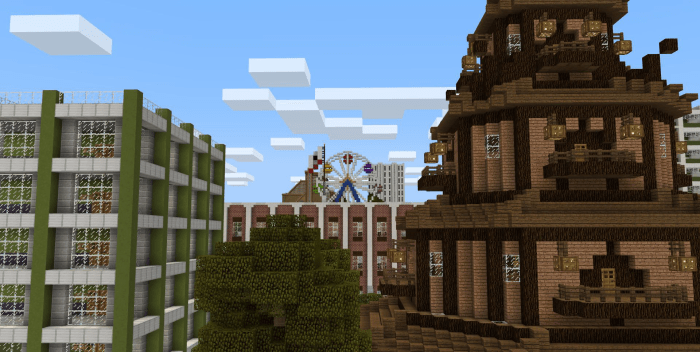 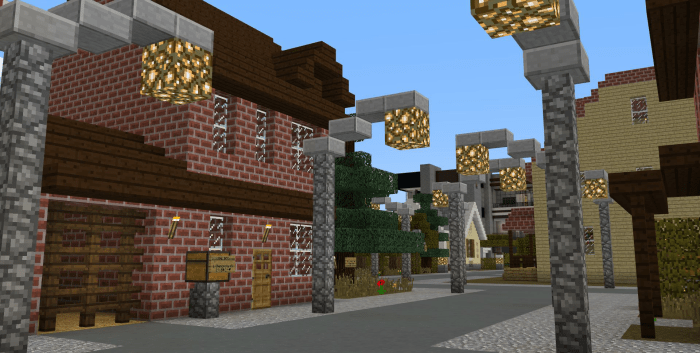 Founded on the 19th June 2015 as Oasis, the City of Queensland is the Republic ​edition's third settlement that lies on a plains biome, across the ocean west of Uptown, Austin. 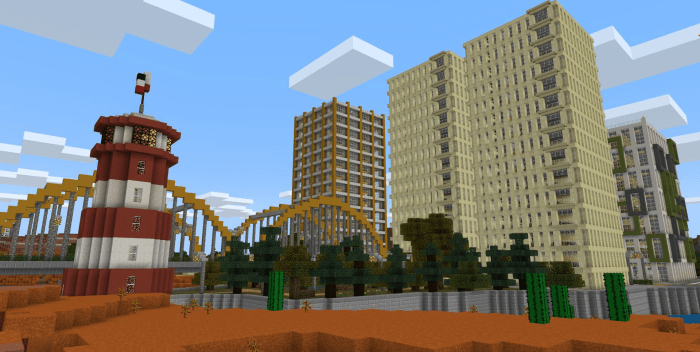 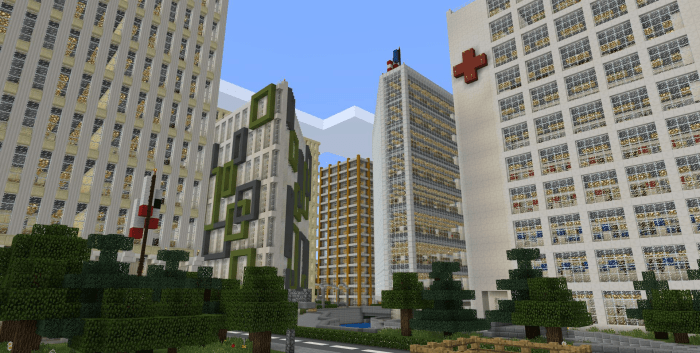 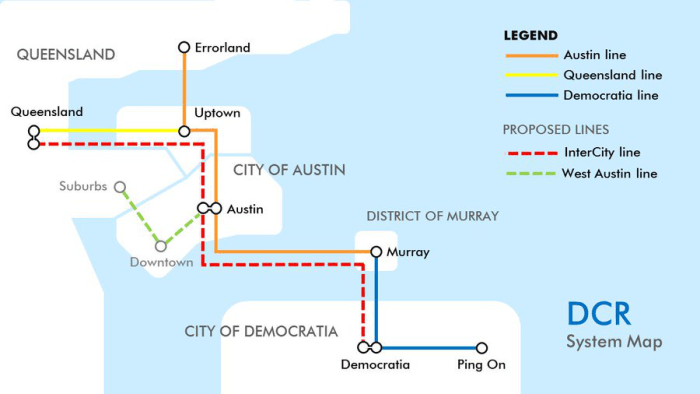 District Map of the City of Democratia.

Note: both the City Southwark and Novus Airport remained plans that were never materialised. A version of the Novus Airport was built in v4.20. It was demolished to accommodate the city's westward expansion. 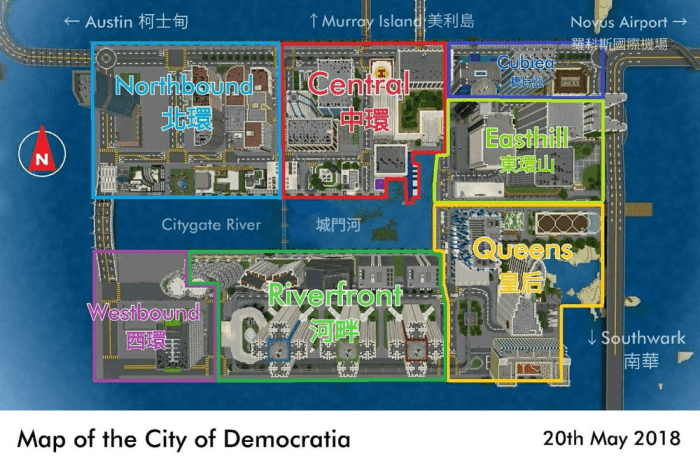 Peaceland continues to be developed today as Project Peaceland by a larger team of five led by NickMiao0928 and managed by Kae, operating semi-independently the umbrella of Antares BT. Other members of the development team include designbynxus, Kevin Chan (both of whom were involved in the development of the Septennium Edition prior to 2018), and Brian YCL. It is expected to be completed and released on the Minecraft Marketplace by 2022! 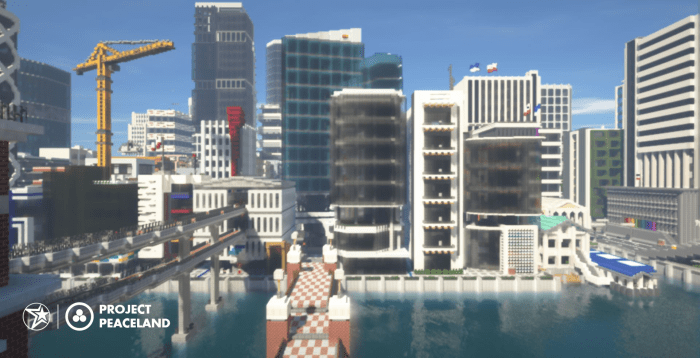 View of Central from Southwark (Riverfront in the Septennium Edition). December 2020.

August 27, 2021 at 9:57 pm
Heya everyone, sorry to hear that the download link hasn't been working as expected. I've disabled the AdFly banner so that it shouldn't show pop-up ads any longer - please let me know if the problem persists.

On another note, you can learn more about Peaceland on our portfolio via the Antares BT website at . Be sure to also follow us on Twitter @Projx_Peaceland to stay posted on our latest progress in transforming this map into a Marketplace product!

August 27, 2021 at 9:57 pm
Heya everyone, sorry to hear that the download link hasn't been working as expected. I've disabled the AdFly banner so that it shouldn't show pop-up ads any longer - please let me know if the problem persists.

On another note, you can learn more about Peaceland on our portfolio via the Antares BT website at . Be sure to also follow us on Twitter @Projx_Peaceland to stay posted on our latest progress in transforming this map into a Marketplace product!

I need city and school map for my

August 27, 2021 at 10:00 pm
Heya, the map consists of multiple schools across its three cities. Hope this answers your query.
Log in to Reply

I will still give credit

July 09, 2021 at 6:43 pm
I think the link may be broken? It's very hard to tell what belongs to a scam site and what brings me to the map download. I tried to open the link in a new browser, but that didn't work.

I'm re-downloading this map to use for my personal survival world so I can do mini-roleplays with myself, good job and well done!

July 10, 2021 at 6:23 pm
Heya, sorry to hear that. I've been trying to disable Adfly's invasive banners for a while now but I think it's bugged at the moment so I'm not able to turn it off. I'll try again in a week or so or update the map with a new link if all else fails.
Log in to Reply

July 06, 2021 at 8:50 am
Hi Dusk, there is a high school in Queens (bottom right of the map above) and an older one in Uptown, Austin if you go across the ocean. Hope this helps.
Log in to Reply

April 04, 2021 at 4:49 am
A little bit broken, please move the URL please, ad.fly is only for scam and others, so please let the download link fixed, it will bring me to a fake news website
Log in to Reply

July 21, 2018 at 9:14 pm
Why is every map builder using the seed “0” for their map? Is this a coincidence or is there something special with this certain seed?
Log in to Reply