Diaub’s Combat UI is a PvP texture pack. The pack includes a dark, transparent UI which enables players to keep their eyes on the battle while in their inventory. The user can choose between many unique crosshairs to customize their experience. Available in both 32x32 and 16x16 resolutions.

There are no edits to block textures in this resource pack. Bow, crossbow and sword textures are the only items that have been modified. The purpose of this resource pack is to enable players to react quickly and effectively in PvP modes and to allow the player to see through user interface screens which the vanilla resource pack inhibits. 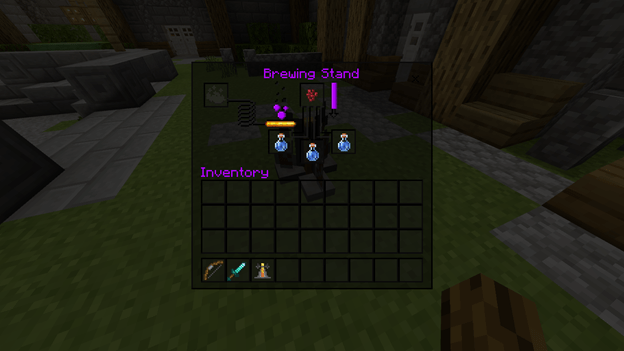 Transparent UI keeps the user engaged in combat while in UI screens such as a brewing stand or crafting table. 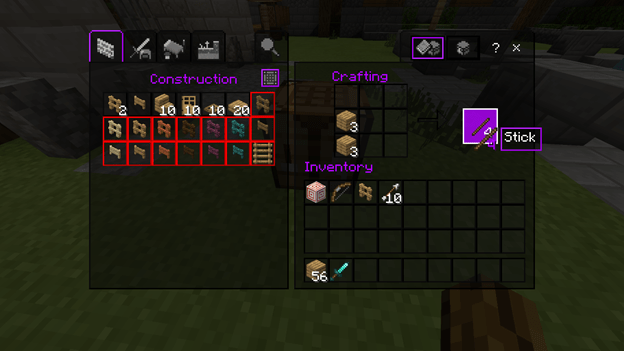 Bows and crossbows appear green when the player begins charging them and progress to red when fully charged. The red indicates to the user that they can fire the bow as a charged shot and warns them when opponents are prepared to fire a charged shot. Experience bar is white. 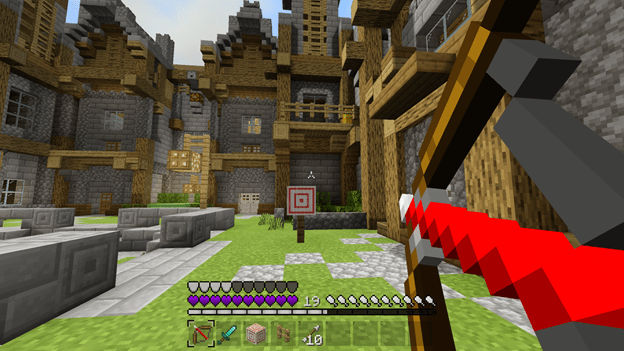 Hotbar has been edited to be more transparent and for easy “hotkey-ing” the cells have been labeled with popular keys. Wither effect hearts appear as white instead of black to increase player awareness. Poison hearts appear as a vibrant green. 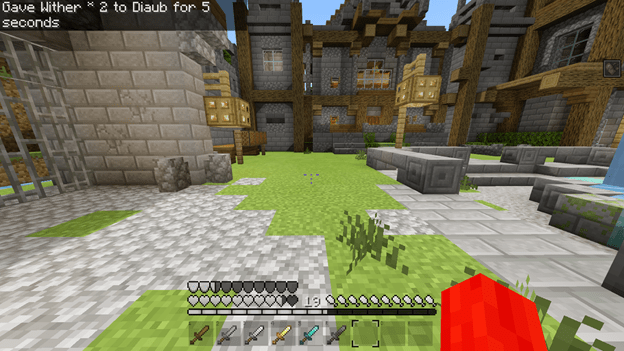 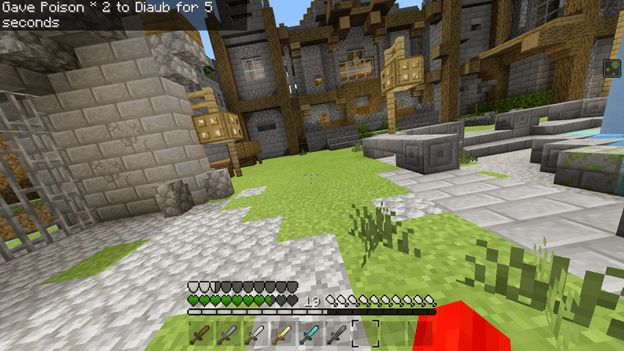 Armor UI no longer appears as a chest plate, but instead a shield. Crossbows display charge like bows and appear blue when loaded with a firework. Below is a screenshot featuring the 32x32 resolution. 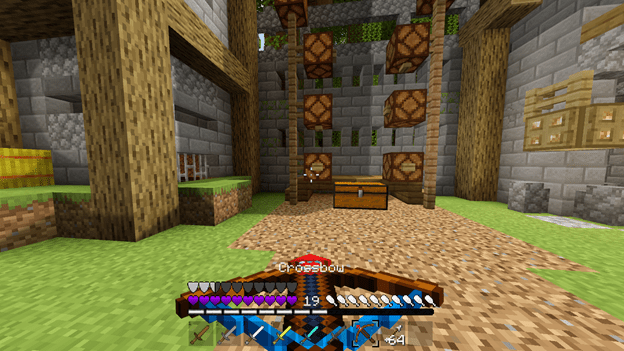 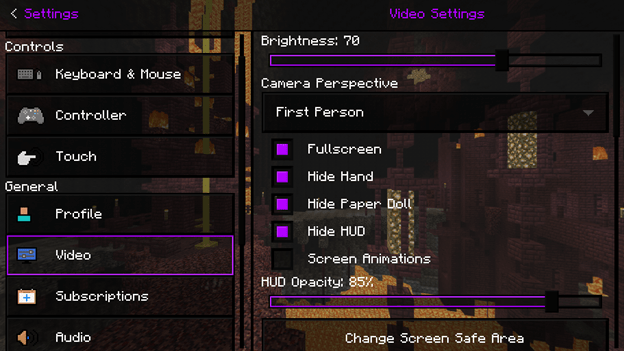 Users can choose between the crosshairs featured below:
16x16

Blocks are darkened before being broken to indicate to the player that they are being destroyed. 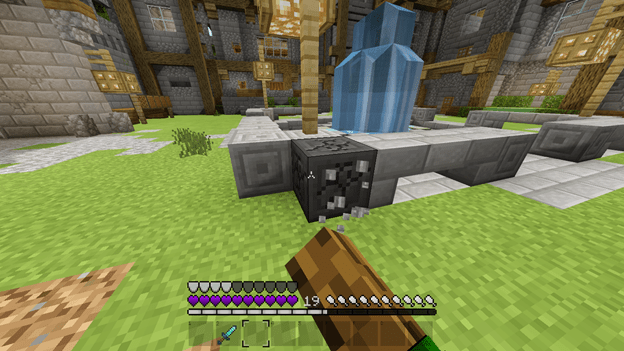 Netherite armor reflects the appearance of other armor tiers in Minecraft. Swords have been shortened to increase the player’s peripheral vision. 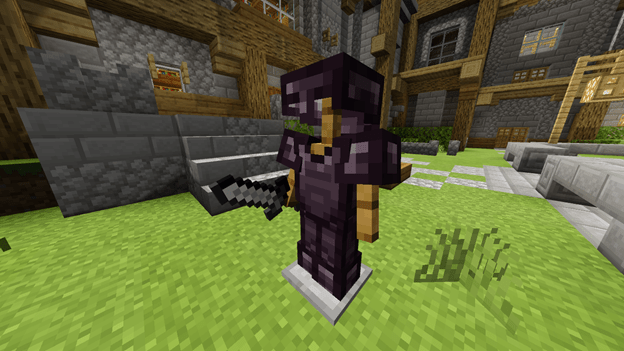 Download a .mcpack file of your choice from Google Drive and open it in Minecraft.

If you would like to use a .zip or an older version of the pack, follow the Google Drive link and extract the folder of your choice into C:\Users\(your pc username)\AppData\Local\Packages\Microsoft.MinecraftUWP_8wekyb3d8bbwe\LocalState\games\com.mojang\resource_packs\

May 09, 2021 at 6:00 pm
Great texture pack but the one thing I’m confused about is how do I change the crosshair
Log in to Reply

April 09, 2021 at 6:09 pm
this pack is great, I'd use it all the time, but I'm getting a weird black box around the crosshair, and I'm not sure if I'm the only one... if anyone had this problem and figured out how to fix it, let me know please
Log in to Reply

August 24, 2020 at 1:12 am
Hello there’s a little issue when I export the file to Minecraft is fine but when I go to change the crosshairs the 3 last ones it’s says “this resolution is incompatible with your device bc your device doesn’t have enough memory” 16x16 n I play n iOS
Log in to Reply

August 16, 2020 at 9:05 am
By the way When the ui profile is pocket and when you open a chest or dispenser half of the screen is not transparent please fix that so that it is easy
Log in to Reply

August 16, 2020 at 9:04 am
By the way When the ui profile is pocket and when you open a chest or dispenser half of the screen is not transparent please fix that
Log in to Reply

August 04, 2020 at 1:52 am
You should add low fire for the next update to make it a more pvp texture pack. Also great work on the pack, I have been using this pack for about 1 or 2 months and plan to use it until the day I die. Lol
Log in to Reply

August 01, 2020 at 4:17 pm
Wow a excellent pvp and beautiful pack! And also i love the great tips. it really helps someone. This pack is one of my fav pack! A big applous to the creator :)
Log in to Reply
Report Comment
Follow:
Login Sign Up Submission
Tweets by MCPEDL
Tweets by MCPEDL