The Eyes In The Dark Add-on introduces ominous looking eye mobs to your Minecraft world. They will stalk and stare at you from a distance, disappearing when looked at by a player. It is not recommended to ignore them for too long..

Inspired by the Java Edition mod Eyes in the Darkness.

This add-on is a simple add-on that doesn't do much, but adds a different experience to your gameplay.  When the Eyes In The Dark add-on is applied to your world, you will experience ominous eye creatures that will stalk you from afar {They even blink!}. When a player looks at them, they will suddenly disappear. They hate light, so when it is daytime, or they when they get near a light level of 7 or higher, they will also disappear. They seem neutral and don't attack the player.. unless you ignore them for too long. When ignored for too long they will become angry and will become hostile towards players. Ignore them at your own risk.

Won't attack players, and will disappear when looked at, hit or when near a light level of 7 or higher.

After being ignored by the player for too long they will become angry.

Spawn naturally at night and in caves. 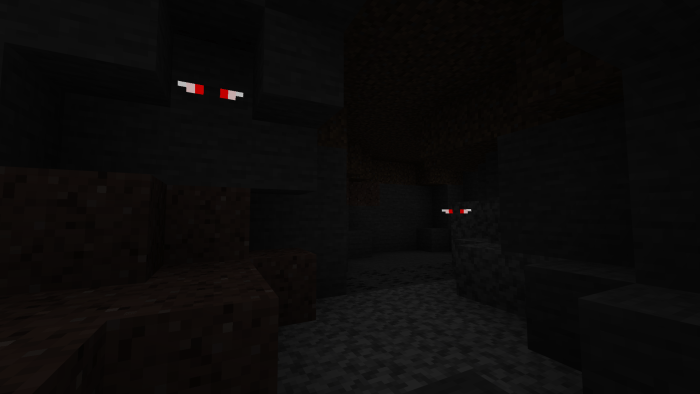 Will become hostile towards players.

Quiet, so they are hard to detect unless seen. 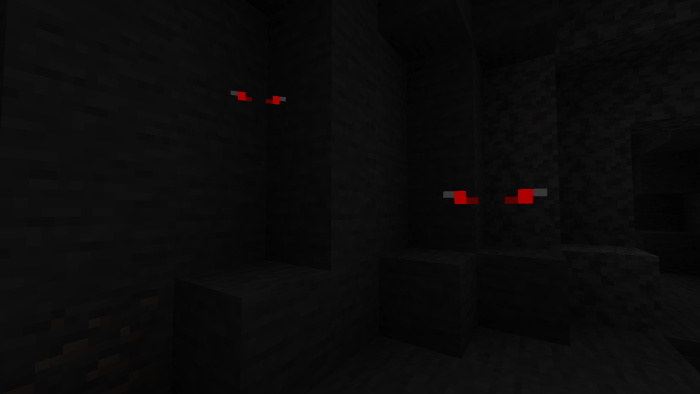 Press the X button on the top right of the article window and wait 10 seconds.

Apply behavior pack and resource pack to your world

TURN ON ALL EXPERIMENTAL GAMEPLAY TOGGLES!

February 22, 2021 at 4:43 am
I tried it it was good my suggestion is that add another eye which is the laughing one like in the java i like the laughing one better because its more creepier
Log in to Reply

February 23, 2021 at 4:50 am
There will be a setting in the resource pack in the next update coming soon that will allow you to choose between the add-on sounds or the Java mod sounds.
Log in to Reply

February 21, 2021 at 6:27 pm
I never thought someone would make this im so happy thank you so much but i wish the eyes were similar to the java one...
Log in to Reply

February 21, 2021 at 6:23 pm
I never thought someone would make this im so happy thank you so much
Log in to Reply

February 21, 2021 at 10:26 am
ive seen this on java but there was no mod for it so 5 stars also just a tip is make a video on how to download it because most people dont know how or are stupid and dont read how (i know how to download it btw so I'm not complaining about the download link)
Log in to Reply