This seed spawns you next to a jungle biome and frozen ocean, and not far from spawn is a large bamboo forest with panda bears. There is also a jungle temple within the starting map boundaries to the south of spawn. 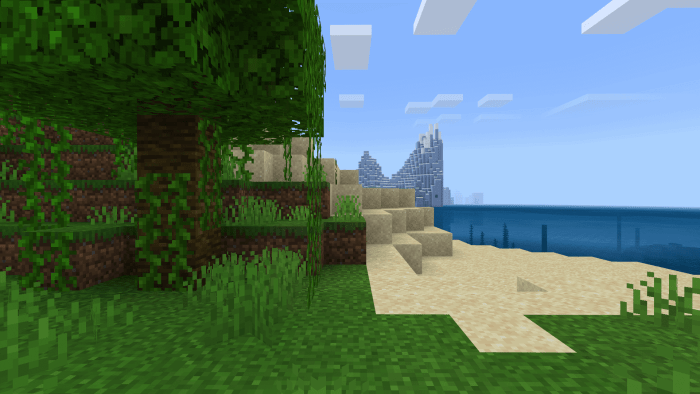 The spawn point on this map is next to a jungle and frozen ocean. Jungles are quite rare in Bedrock Edition maps and having a jungle at spawn is quite nice. The frozen ocean is actually one of the most useful of all the ocean biomes since ice is used in such a wide variety of applications in Minecraft. Having ice available at spawn is a huge plus. 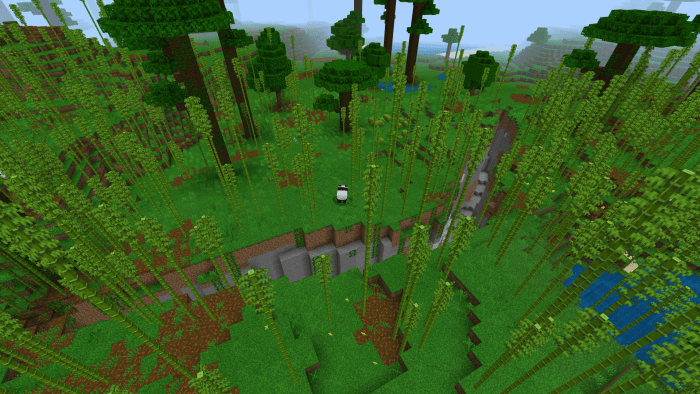 If you head toward the frozen ocean you will come to a fairly large bamboo forest that had some Pandas when I came across it. Scaffolding is a must-have for builders and here is a huge supply of bamboo from the start. This is a big early game win since it can be difficult to find bamboo. 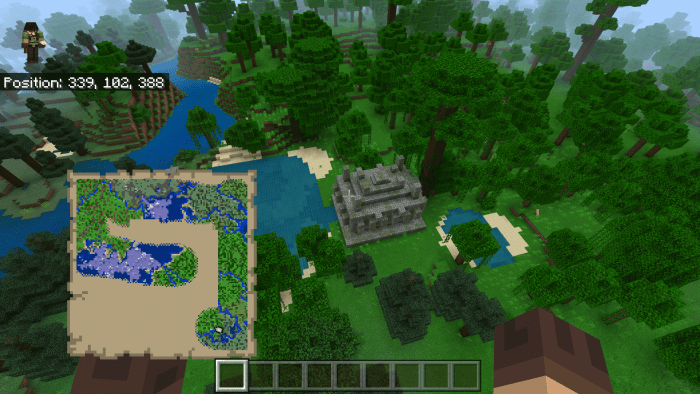 While filling in the starting map I came across a jungle temple. While they don't have the best loot in them, they do make a nice base or outpost.  This one is located at the coordinates shown.

Jungles are quite hard to find in Bedrock Edition and having a jungle at the spawn is nice and will offer you some valuable resources from the start. Bamboo and ice are both incredibly useful blocks and they are readily available on this map from day one.

July 27, 2020 at 8:36 am
I also have a seed that spawn you in a village that have pillager outpost it's seed name:usaha hanya sia sia
Log in to Reply