This is my first ever texture pack that I wanted to upload and publish to people. Anyway in this pack i just changed some texture so when you chose an items slot it highlighted that slot with a green background and white border for mobile devices, maybe someone like this selection slot more than the default one so i make this, it’s quite easy and i made it on an ipad with some free app, hope you like it.

Hey, i’m here for another update, in this one i’ve made it so now you could hovering around the empty slot and have the purple border show right next to the items like on PC and Console, Here’s a video for furthering example for what i’m trying to say here:

That was the video I uploaded on YouTube when i first done this, though i did added something new like the scrolling bar on the left side, i’ve made it to look like on PC and Console too ! It’ll not be in the video because i’m recorded this before i change it. This is actually what I wanted this pack to be like at first when i’m started to create it, though because lack of experience, i didn’t know how make it so i just change a few simple texture, as time go on i spend times to read the code more and finally come to this update. it’s now officially completed. Enjoy.

Also for some bonuses i’ve changed the color of the recipe button to look green as well: 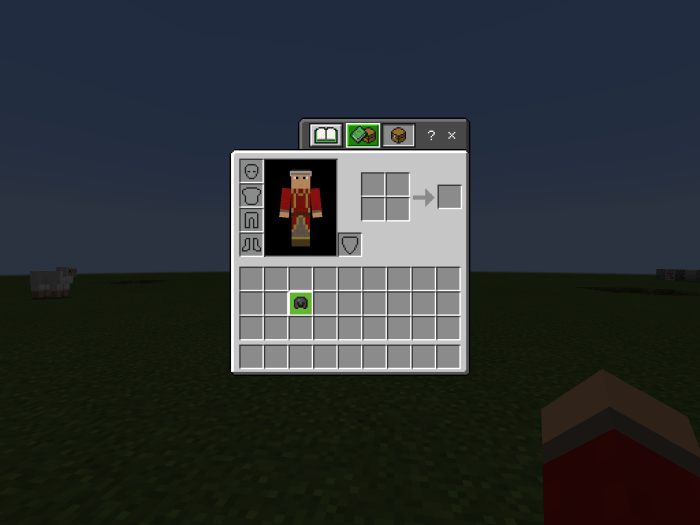 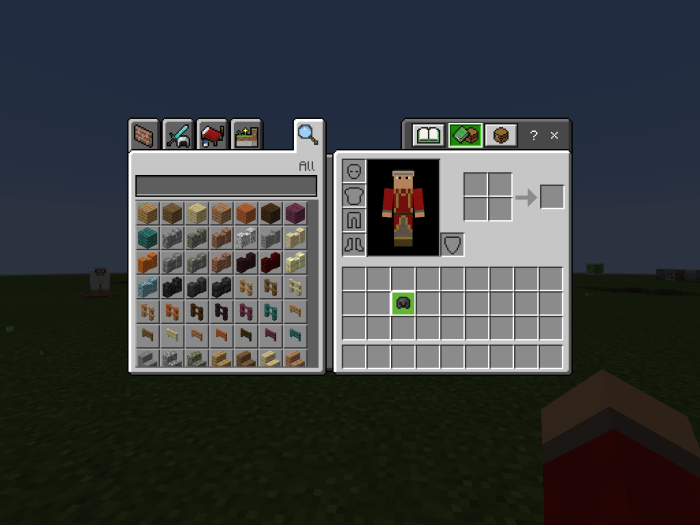 Another thing is that i’ve edit the “X” symbol on each container of the game like chest and shulker boxes to disappear, don’t worry it’s still there on the same spot, just not visible, you could still close the container, here’s some pictures: 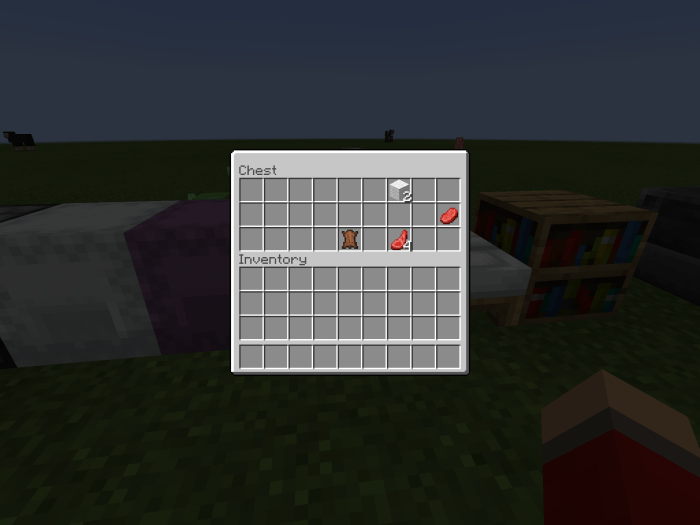 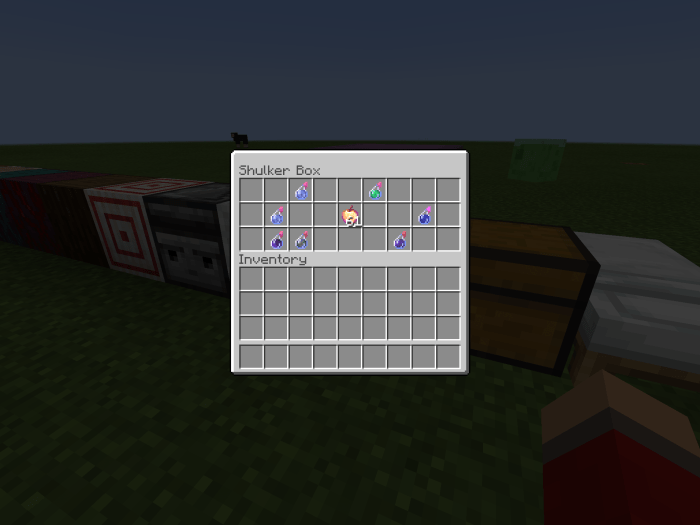 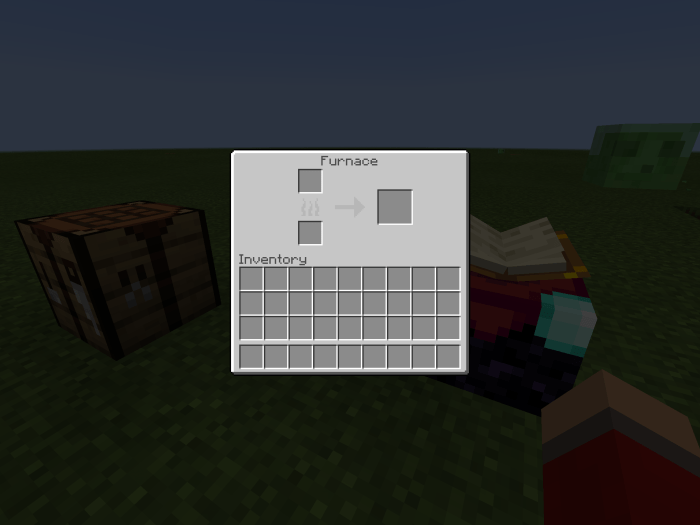 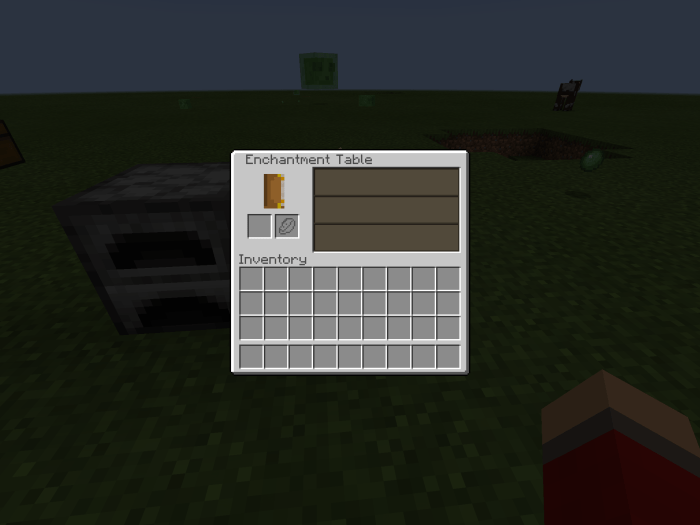 I’ll get rid of the one with color this time, just so it’s look clean, but i’ll still keep the normal touch screen style in the previous updates if you found it more convenient to use more than the not touch screen style(the one in this update). Don’t worry, the selection slot will still look the same regardless.

Fixed the .mcpack link because the other one failed to import

Every links is mediafire so it’s should be easy for most people to download, cause i understand the pain of getting through stupid adfly and other shortcut earn moneys website so i will never add them.

November 05, 2020 at 9:00 pm
Can you make it so we can like drag items too like pc or controller? Its really hurting my fingers when i keep tapping on the screen. Please make it?
Log in to Reply

November 08, 2020 at 5:51 am
Drag items ? You mean that thing where you click an item it will pop-up and the text like 64 turn to yellow ? I’m actually trying to do that before but i don’t think it is possible, beside that the control will be weird, i’m thinking of an idea to add in the cursor though, like the cursor will teleport to wherever you click the screen when you in inventory or a container, that will make the paper doll stop staring straight into your face and make it look more lively, although i can only made the cursor showed up but it’s just standing still at one place and doesn’t have any functions, my idea mostly something beyond my knowledge and limits so it never could be done
Log in to Reply

October 12, 2020 at 8:54 am
Guys checked out this video i just uploaded https://youtu.be/8aHZhZkkuCs. It’s a little experiment i did and i feel like if it’s get a positive feedback i might make it official, still only for mobile, as if you have a controller or are play on a computer then why would you need this. Please check it guys, you might like it.
Log in to Reply

September 02, 2020 at 3:53 pm
Crafty craft for the texture edit and Readdle for coding, there’s some trick i have to get around with the Crafty craft app, you need diamond to basically make a resource pack, but i find out that when you done edit a texture and press save, it’s gonna be send to the files app on your ios decvice, once it there i’m just change the name and share it to readdle to complete the pack, readdle is not a coding app like on PC so i need to write by hand and check carefully after i done, it’s just take a lot of times, you could check them out, both of the apps are free, just search for the name on appstore
Log in to Reply

August 09, 2020 at 9:39 pm
Team Fortess 2 and Minecraft Are Copied each other Minecraft copied the name from the dispenser like in tf2 minecraft copy anything in Tf2
Log in to Reply

August 09, 2020 at 7:14 pm
How did you get that type of inventory menu on mobile? I’ve been look for something like that for ages
Log in to Reply