Ever wanted to fight Herobrine in your Minecraft world?

Well look no further! Just be prepared to fight one of the most illusive characters in Minecraft. And make sure to avoid all his special attacks!

This addon adds Herobrine as a boss mob into Minecraft Bedrock Edition.

Here's a tutorial about how to spawn Herobrine, and also me fighting herobrine:

To summon Herobrine, you'll need to build a special structure for him. The requirements are: 1xBeacon, 4xDiamond Block, 4xNetherrack, 1xNetherite Block
The structure is built like so; (the Netherite Block is underneath the Beacon) 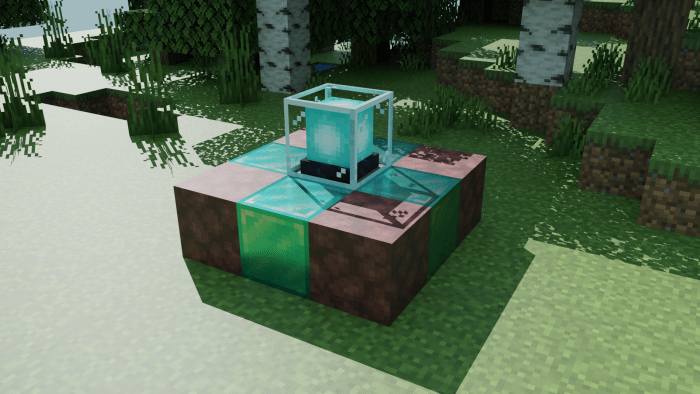 You'll also need to craft a special block. Here's what the block looks like: 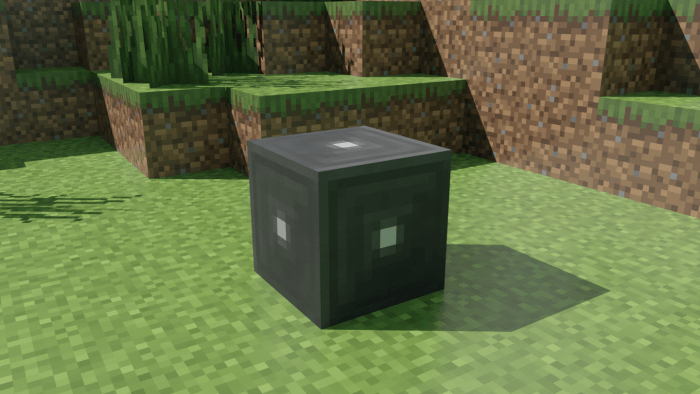 This is the recipe: 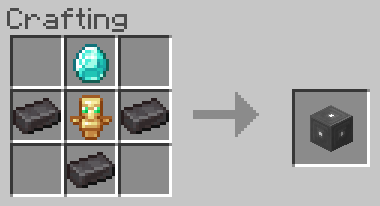 Herobrine's abilities in the first stage are as follows:

Herobrine's abilities in the second stage are as follows:

Herobrine's abilities in the third stage are as follows:


Herobrine's fourth stage is something special, so I'll leave that for you to experience on your own! :)
Be warned - it can get chaotic in this final stage

Just download the mcaddon, open it and it should import into minecraft. Enjoy!

1
bendy the legend of minecraft 404

September 28, 2021 at 1:52 pm
Hey Machine Builder. Sorry if I’m making this request again. But please PLEASE add in a new Herobrine Dimension into this addon(or make a new one). I would greatly appreciate it if you use the Herobrine Totem block to make the portal, just like the old Java mod. And maybe lite it with a flint and steel or something. Thank you for reading this comment, and have a great day!:)
Log in to Reply

May 16, 2021 at 12:44 am
This Mod Is So Cool I Am Able To Get The Feeling Of Intensity Of The Battlefield, I Would Like You To Add More Skills To The Stage 4
Examples:Barrage Of Wither Skulls Attack, Lazer beam,Make The Black End Crystal Shoot Arrows, Herobrine Moving In the final Stage Because Its Quite Easy To Beat It If He Remain Stationary,Make Him Move And Wearing An Enchanted Netherite armour.
Finally My Final Request is that, can u make once the herobrine has reached half of its health in the final stage, Make It Say (ITS JUST YOU AND ME) or smth Then Make It PVP With You I Would Loved It Tqtq.

April 26, 2021 at 7:11 pm
The special block is to place. Then you destroy it and it gives you the Herobrine totem. (Used on the spawner.
Log in to Reply

April 26, 2021 at 7:11 pm
Used for breaking and retrieving the actual Herobrine totem.
Log in to Reply

TEXTURES: The textures in this addon are not particularly revolutionary, but they serve their purpose and work completely fine in Minecraft's default textures. Herobrine looks exactly what you'd expect him to look like, so I'll talk about the block a bit. It honestly works really well. A netherite block was obviously used as the base but that makes total sense considering the crafting recipe. The smaller square coupled with the white detailing makes the block look totally new and different, which I can definitely appreciate.

GAMEPLAY: Woo boy, the gameplay in this addon is genuinely incredible. Herobrine has player-like personality when he fights, and the shifting between stages is honestly a very logical and clever way to do it, whether or not the creator realizes this. His moveset represents the way the iconic Mineccraft legend behaves in his supposed "sightings" and such. If you completely stripped away Herobrine's textures, it would still be easy to identify. Now, let me get into the phases of the battle. The first phase is how many battles in history and video games begin. Both sides are agressive, running towards their enemy and slashing with their sword. The player must hack their way through hordes of enemies and defend themselves against Herobrne's melee attacks, constantly doing damage to counteract his regeneration. You never know where he's going to pop up next, you're always on the edge of your seat. Finally, you get his health low enough to initiate the second phase of the fight. Your health is likely drained at this point, your armor weakened, and your shield about to break. Now begins the reserved and cautious section of the fight. Herobrine no longer charges you with his sword, encouraging the player to find cover from the ghast fireballs and loose arrows at him. You must have quick plans in place to deal with the zombies and skeletons that are now being summoned right on top of you. I found myself using elytra quite a bit in this section. Herobrine feels more tired and reserved in this section, but then, so are you. Once you take out this section, Herobrine begins to become frustrated, and the third phase begins. He teleports to you and strikes you with lightning. He is making the fight personal. When you beat him in this stage, the fourth begins. I will respect the creator and not describe this, but let's just say that in the final stage, Herobrine is desperate.

FINAL VERDICT: Very few bosses capture this sense of constant effort, even in other games. This is an excellently crafted boss who doesn't hide behind flashy models and fancy abilities to cover bad AI. The AI is amazing, and Herobrine IS Herobrine in this fight. It breaks my heart that this addon will be lost in the sea of subpar Herobrine addons out there. My friend, you just set the benchmark for addon bosses. Cheers.

July 05, 2021 at 11:11 pm
Thanks so much for the review! I really enjoyed reading through it, and I'm glad I captured the essence of Herobrine! That was incredibly in-depth, so thank you for putting the time into writing that, and I'm happy to hear you enjoyed the battle!
Log in to Reply

January 04, 2021 at 11:28 am
Hi, I know you're probably not going to read this review, but this is the greatest and fastest paced battle ever out of all the Herobrine bosses (except the invincible ones).

Most of the Herobrine bosses I battled were about timing and fighting (which is often slow and boring), this Herobrine wanted me to put an end to the fight as soon as possible because of the insane amount of abilities he has and how he quickly changes them (It reminded me of the Ice Warrior).

You caught the idea that Herobrine was unpredictable because you don't know what abilities he could use later, and that unpredictability made me piss in my gaming chair during the fight.

The final part, even though it's a bit simple (4 towers are easy man) was the best part because it brings all your abilities and Herobrine to the test.

At first, I was kind of sad because the time this was published was during the craziness of insane op mobs, so people don't really care about battling bosses and the thrill of it.

I believe this addon is the best Herobrine add-on because it captures the best of Herobrine's characteristics (he is considered in most creepypasta to be unpredictable and sly, but also destructive and near-unstoppable) and puts all this in an epic war between the hero (you) and the false god.

This addon for me is gold because of how well the battle mechanics and AI are (Btw Herobrine feels like he knows where you are) but incredibly underrated, I hope more people will enjoy this addon to 10k or more shares.

February 08, 2021 at 4:07 pm
Hey, thanks a lot for the detailed review, I really appreciate it, and I'm glad you love the boss fight! I tried to make it as interesting as possible, especially with Herobrine's targeting system (for tracking the player), and also with Herobrine's many abilities & different methods of attack!

Again, thank you so much for the review, super awesome to read :)