How To Train Your Dragon Add-on

HTTYD is an addon that introduces rideable dragons from the famous franchise "How to train your dragon" to Minecraft, The addon is also combined with a script that allow a realistic flying behaviors. Unfortunately scripts are still exclusive to Windows 10, So I've provided a second behavior pack for other platforms that grants the old way of flying (by jumping and slowly falling).

This is the third beta of the addon, so it's still missing a lot of features like natural spawning and actual dragons

The new beta no longer require scripts, which means realistic flying is supported on all platforms

Night Fury is one of the rarest dragons in the franchise, It has 3 Variants 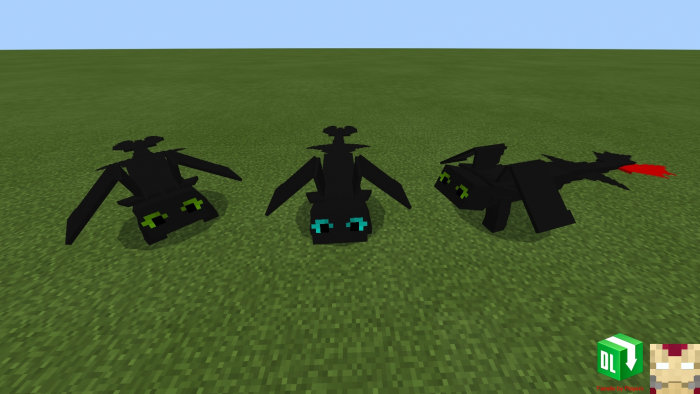 Light Fury, One of the newest Dragons from the 3rd movie, It has 2 Variants 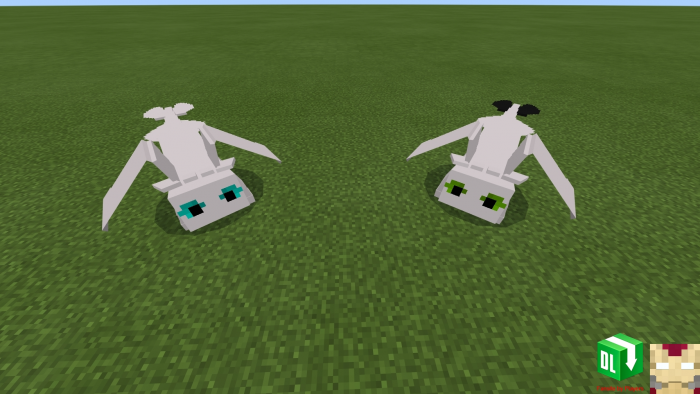 Probably the most popular dragon of all time, Has 3 variants. 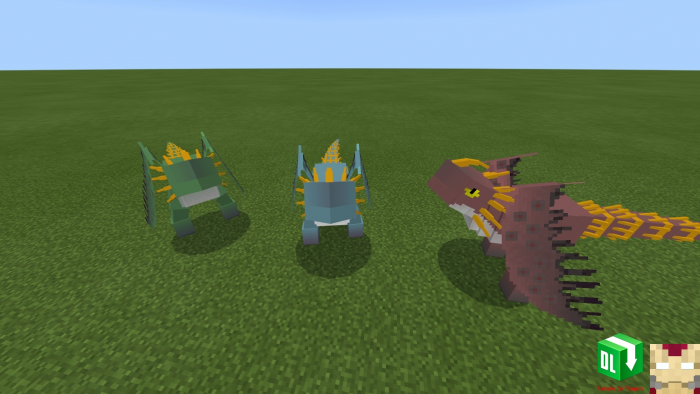 A new and a fan favorite Dragon, comes with 4 variants 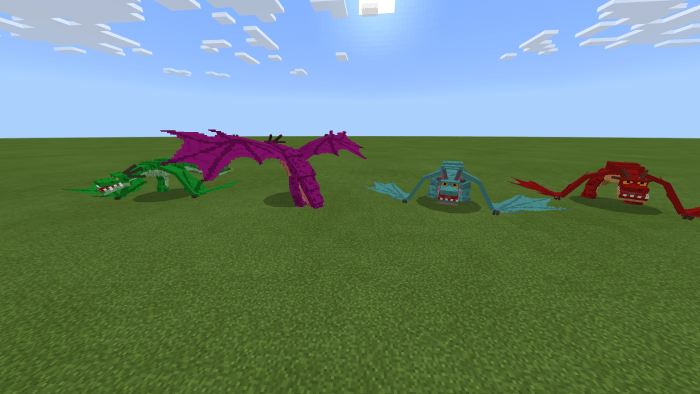 The behaviors and Scripts have been through a major rewrite, let's begin :D

- EGGS!! Bred Dragons will now lay eggs instead of the usual birth. 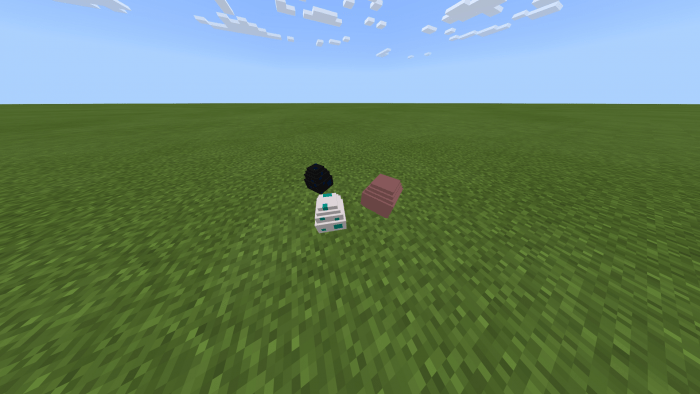 - Dragon Eggs will hatch 40 mins after being laid down

- A new taming mechanics, Use a fish to tame the dragon. Once tamed they will not follow you or defend you they'll just be friendly.

- To fly them, Right click a tamed dragon to ride then open the inventory and saddle him. When Saddled they will follow you, They will not fly on their own, You can make them sit, You can leash them.

- The Light Fury will cycle between 3 Melee and 1 Fire Charge attacks randomly.

- The Deadly Nadder will cycle between 1 Melee, 1 Fire Charge and 1 Spikes(shooting spikes from it's tail) attacks randomly.

- Baby dragons will not cycle between the Fire Charge / Spikes ability until they become adults.

- Will cycle between 1 Melee and 1 Fire Charge attacks.

- Behaviors same to the other dragons

- It will not lay eggs yet.

- Flying_Open: When you keep flying forward but not up or down, just forward

- Flying_Resting: When you're mid air and you stop moving forward.

If you find any bugs, Please make sure to tweet them to me at @StarkTMA_YT

September 01, 2021 at 1:21 am
Please add the groncle and the zippleback you know the common dragons
Log in to Reply

June 22, 2021 at 8:26 pm
I love this addon!! One thing is that at first the new taming thing when they’ll just be friendly is a bit hard to figure out, but overall great job!
Log in to Reply

May 29, 2021 at 7:11 am
Howdo I do the Flying_open and the flying_resting command? I am so desperate because flying is pretty annoying when u dont get to look down or stay at a spot mid-air, but overall love the game
Log in to Reply

May 16, 2021 at 11:39 am
BRO I ABSOLUTELY LOVE THIS PLEASE CONTINUE DONT STOP PLEASE and can you add the Zipple back next?
Log in to Reply