This addon will add powerful and modern laser rifles to the world of minecraft that will perfectly burn any ores and flesh of your enemies. Each rifle can be assembled in survival mode! Become a true master of the cubic world!

This addon will add powerful and modern laser rifles to the world of minecraft that will perfectly burn any ores and flesh of your enemies.

In order to shoot a rifle, you need to take it in your hands and sit down. To re-shoot, stand up and sit down again. This is the first version of the addon and it may have some bugs and instabilities. 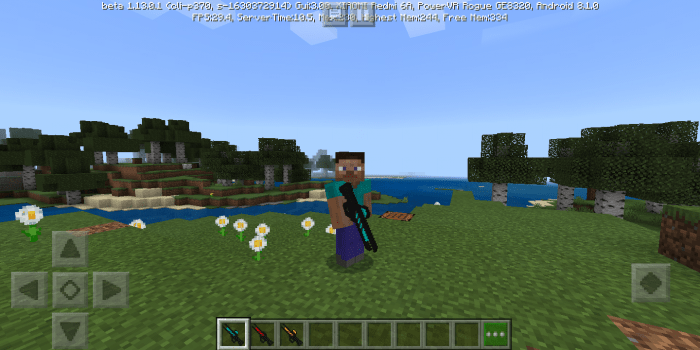 At the moment, the addon adds three new laser rifles, each of which has its own effects:

- Mining laser: digs a 3x3 cube at the site of the shot 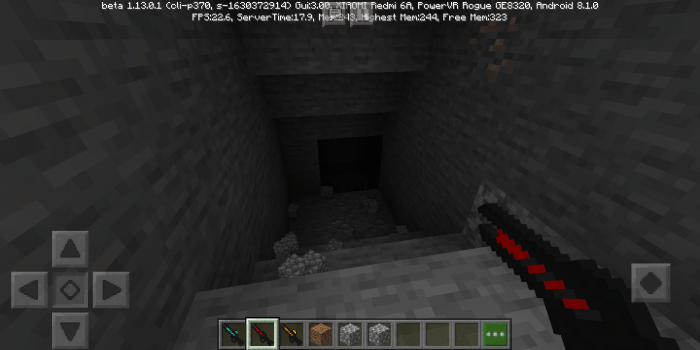 Now you can dig a mine in a couple of seconds! 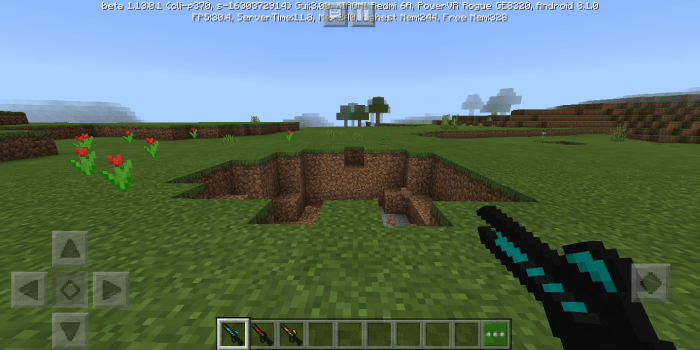 Perhaps, with the force of the explosion, he was a bit excited ... 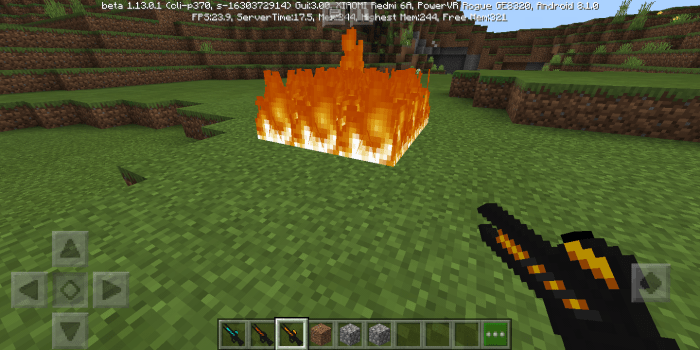 May the sacred fire of a new war ignite!

Each rifle can be assembled in survival mode:

We go to the mine and get iron, redstone, coal and more...

Get an iron plate 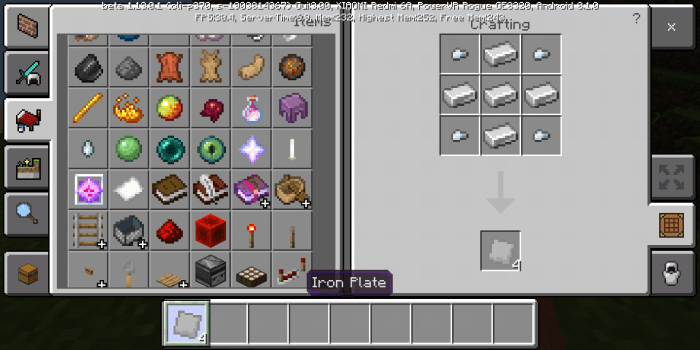 Get an iron cable 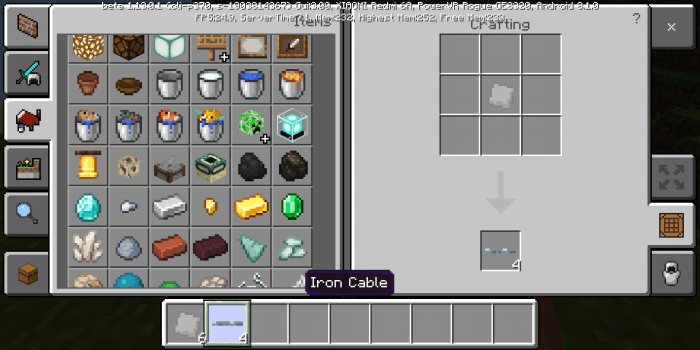 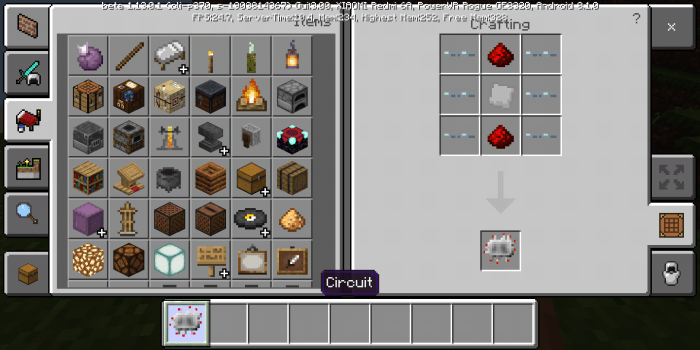 Fine! The chip is the basis of all add-on electronics. Now you can assemble the lasers: 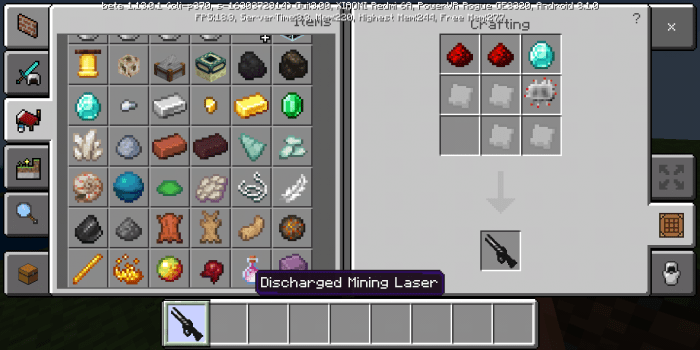 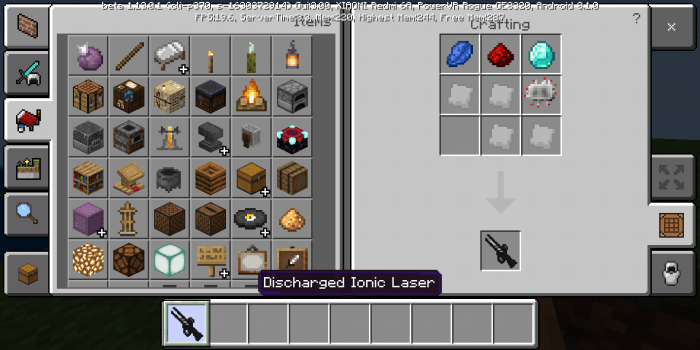 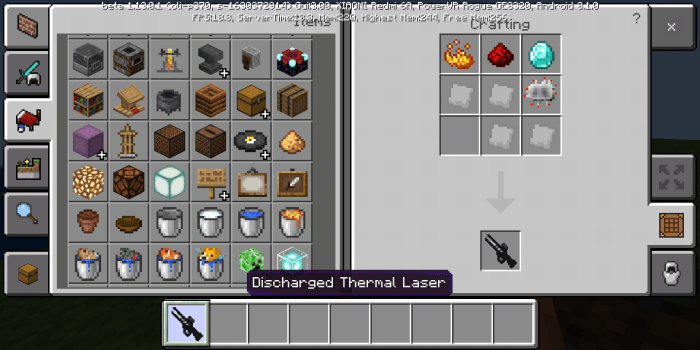 But we cannot shoot them yet, since they are discharged and they need to be charged. 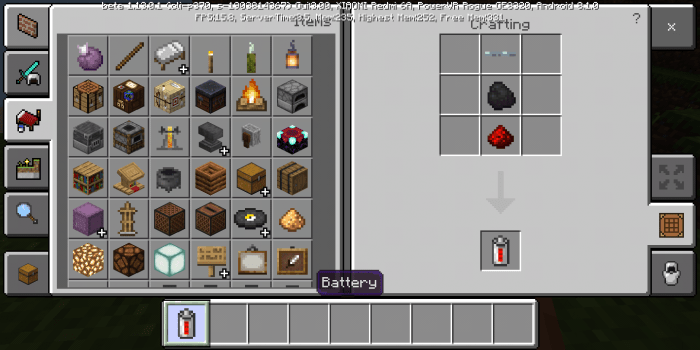 Now we charge the laser. The charge of all lasers is the same. 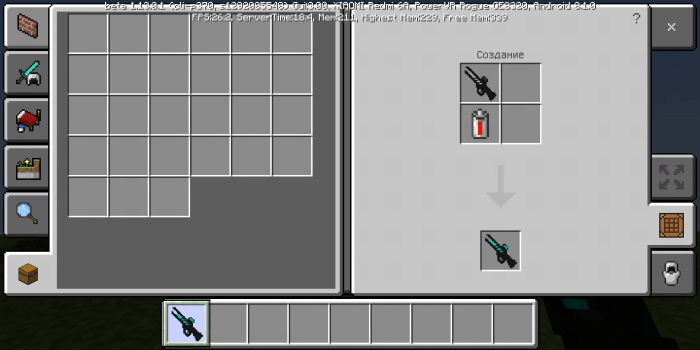 Now our lasers can be used! But after you make a certain number of shots from the laser, it will be discharged and you will have to recharge it!

October 26, 2021 at 6:30 pm
Its because edu doesn't support custom items unless rendered specifically for it. I think.
Log in to Reply

October 11, 2020 at 10:01 pm
Works in 1.16 just fine, i found a problem, the mining laser can mine obsidian, which is very broke for survival, if you intend to let it op, make an expensive crafting recipe
Log in to Reply

1. Dependencies in the manifest reference the wrong UUID.
2. Crouch to shoot is just stupid for Windows 10 users. It's not difficult to change the behavior to "eating" instead so you can right-click or long-press to shoot.
3. Translations are missing for the pack name and description for ONE of the packs.
4. Pack names are not the same for behavior and resource

October 26, 2021 at 6:34 pm
As much as I respect your personal opinions, maybe a nicer comment would be better?
I still think that:
The Creator did a good job though because:
1. it still works
2. the issues can easily be fixed
3. it's actually quite cool once you try it
4. because you can easily make a java or edu version of this like I did.
Though with my full respect my opinion is not the only valid or important one but I though I might just say. Sorry for inconvenience.
Log in to Reply

July 05, 2020 at 4:36 pm
Hey, Meduilthron I recommend putting how to shoot it in the description so people wont get mad and rate it low

Example:
How to shoot:
Crouch
How to get it in creative:

Ionic laser: /give @s factorycraft:ionic_laser
Log in to Reply

April 13, 2020 at 4:38 pm
i got this addon and now on one of the worlds i added it to in the creative inventory there is a spawn_egg called: item.spawn_egg.entity.factorycraft:mining_laser_exploding.name
Log in to Reply

March 17, 2020 at 5:23 pm
Could you add just a straight-up laser rifle? You could fire it in a beam or a pulse and it is designed specifically for combat and causes minimal environmental damage except for when it is hitting a block for a few seconds.
Log in to Reply

March 14, 2020 at 9:53 pm
im guessing this only works on ios/android because im trying it on windows 10 and it doesn't seem to work
Log in to Reply