This addon is about mythological creatures that will add a little more variety to minecraft bedrock, which will appear in biomes around the world.

Next I will say the spawn rules of each creature:

The cockatrice appears in all biomes. (only at night),

The Drake appears in the Iceberg biomes

The cerberus appears through the nether naturally.

The pixie in the woods (daytime only)

The wendigo in the woods (only at night)

The troll appears in caves all over the world. 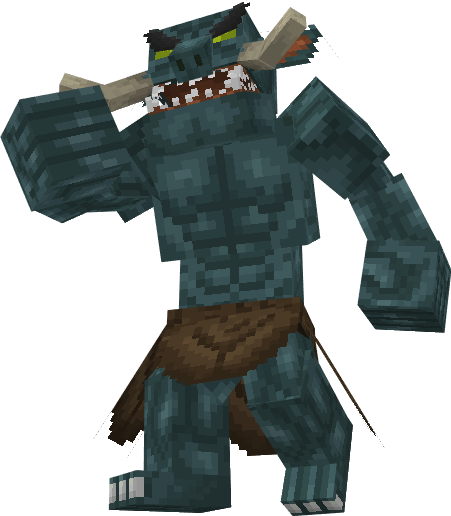 When the troll hits it, it will release its pieces of meat with which you will gain strength and night vision for minutes. The troll only appears in caves.If a ray of light hits the troll, it will turn to stone. You can also break the Troll statue with any Pickaxe. 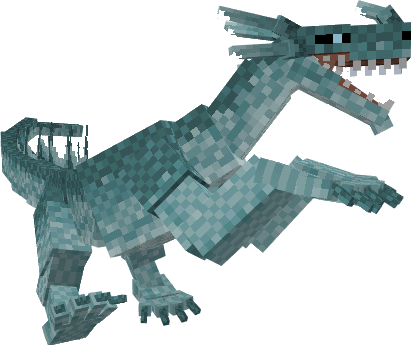 The Drake does not have many uses in the beta at the moment, so when it dies, it does not drop anything.

The Drake can be tamed with raw chicken meat at the time of leaving the drake unconscious on the ground, it should be noted that if you take too long to tame the drake, it will die.

The Drake appears in snowy biomes and appears more frequently in parts of the Iceberg. 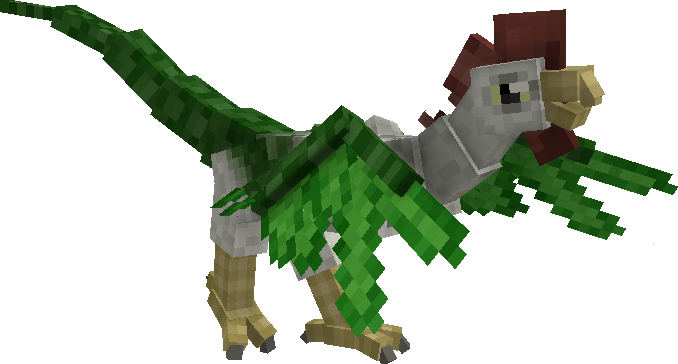 The cockatrix appears in all biomes and places in the world just like a hen, cockatrices love to play with their prey and kill them slowly, mostly they kill their prey in a herd.When killing a cockatrix, it will release its meat with which you can obviously feed, but do not eat the raw meat that possibly makes you hungrier, cook the meat of the cockatriz and eat it. 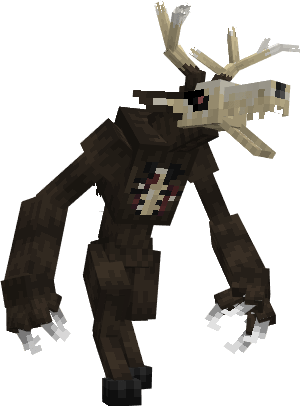 The wendigo appears at night in the woods, there is a possibility that the wendigo summons clones of itself and attacks you.When killing the wendigo, it will release its head to have it as an ornament in your equipment, it will also release its claws with the power to summon small wendigos, they work more as a trap. 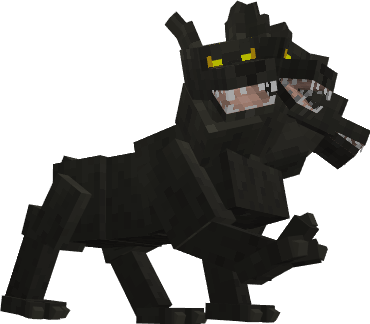 He will also drop the sword of hades that has 9 damage and fiery aspect.

The cockatrice is no longer tame

July 20, 2021 at 12:15 am
I don't know if it was intentional, but this addon changes the default torch particle to a different one.
Log in to Reply

June 22, 2021 at 12:19 pm
would it be possible to pass this addon to minecraft java in forge? because it's a great mod, I really would like to try it on pc
Log in to Reply

June 20, 2021 at 10:43 am
Really great addon. Just a quick suggestion, you guys should add some passive flying mobs, like a forest lantern creature, or a boss creature like a phoenix or a tree monster. Anyway, great addon, and I hope to see more in the future.
Log in to Reply

June 17, 2021 at 11:48 pm
Will you add cyclops and goblins next and add goblins hut and cyclops hut it will make this mod more fantastic
Log in to Reply

June 16, 2021 at 11:18 am
This Addon is Great! I recommend adding more mobs if you can, This addon has great animations and textures! Love it!
Log in to Reply

June 06, 2021 at 3:24 am
I cant tame the drake with chiken or either ride it it doesn't work for me can somebody tell me how to do it in rest the mod is super cool i love it
Log in to Reply

May 30, 2021 at 8:28 am
man the models are great now i want the Nuckelavee and Chimera even the Asian Mythical Creatures like the Aswang and Krasue to be there
Log in to Reply