Download Nightmares of trevor and discover some of the scary creatures that were created by Trevor Henderson, if you dare ... Because your world will never be the same after downloading this addon. 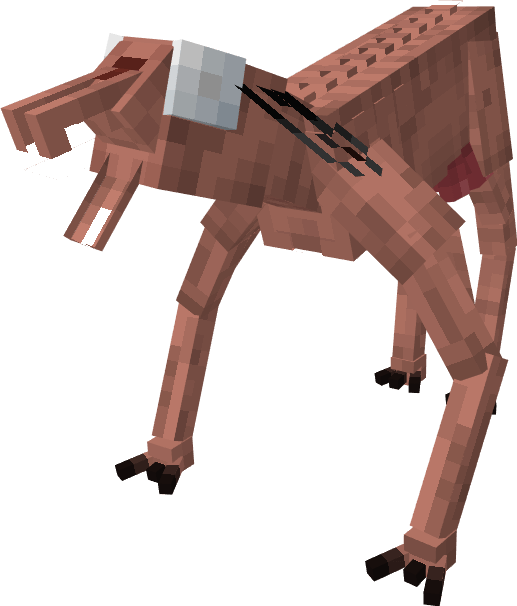 Big Charlie is a mammal creature which is 10 blocks tall and escaped from a laboratory.

It will spawn along with the sheep, it is a neutral creature that will only attack if attacked, or if the creature is a predator of the sheeps, it will release pieces of flash that could turn into a Lil Nugget after a while.

Lil Nugget is a fleshy and "cute" creature. It can be tamed if you give him some cookies, but he is an extremely fragile creature that can be killed with just one stroke, he hates meat, however if you notice that he is growing up or that he is accepting to eat meat, kill him immediately, or he can become The Lamb.

The Lamb is a fleshy creature with four soft legs. If you find it it will be almost impossible to escape from that creature.

If you are playing with another addon that modifies the Big Charlie sheep it will not spawn.

1
The dragon who loves skittles July 14, 2021 at 2:35 pm
Why do you only have big Charle and his evolutions in this addon. In my personal opinion I find the Idea to use only the least popular choices in the group of Trevor's most famous creations, But then again that might be the reason you added them in because nobody else is adding them in. I'm not sure about the addon but I think you might have had a good reason to add these 3 specifically.
🧡

1
alieoftruth June 13, 2021 at 1:19 am
hey, for some reason ever since 1.17 the behavior pack just doesn't want to add itself to my worlds,like it just shows a message saying "Incompatible" right after i press activate regardless of whether the resource pack is activated or not
🧡

1
CooperBlankenship644 June 17, 2021 at 9:46 pm
Yes, it’s been real buggy on the new version of Minecraft, It’s impossible to use because it’s being incompatible. Please fix this as soon as you can
🧡

1
DamianXDemon May 24, 2021 at 7:02 am
Can you make there spawn rate lower cause they spawn so much that the game is unplayable.
Also when those the next update come out.
🧡

1
Shadow siren head October 20, 2020 at 4:04 am
Add meat nugget,which would be a hostile nugget that has a reddish color
Also if you plan adding void nugget it’s kind of a black hole and it should do 25 damage
🧡

1
ash_master October 07, 2020 at 7:36 am
can you add the long horse in the next update please he is my favorite Treavor Henderson
🧡

1
ክጎኗዘፕጠልዪቿ October 06, 2020 at 6:08 am
i have a question why does big charlie kills nuggets while lil nugget is his SON please fix this while u update it
🧡

1
[email protected] October 05, 2020 at 2:23 pm
are you going to add:Siren head,cartoon cat and dog,light head,long horse,bridge worms and the man with the upside down face?
🧡

1
xXMelvinFanXz October 13, 2020 at 7:12 pm
i think mostly of you're all information is correct and yes the Lil Nugget can protect you as long it didnt turn into a void nugget aka fully grown and the lamb and you metion can turn into any shapes you mean the variants of them like the long legs and you got one wrong one you the nugget can be tamed with Cheetos or crackers not Plants and plastics
🧡