"Oxi" is a Brazilian expression used when something is strange, this add-ons adds five strange mobs to the game, someof these mobs have parts of other mobs, like zombie heads or bee wings

In addition to the different appearance some of them have strange behavior: 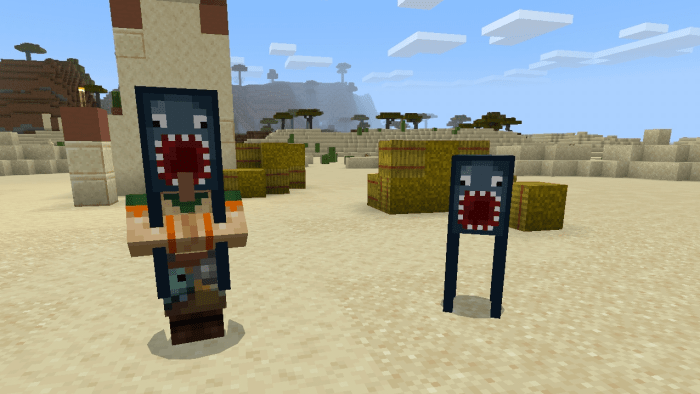 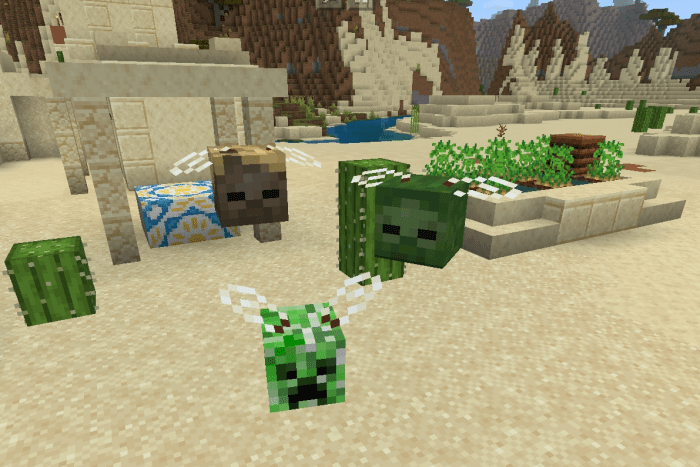 These mobs spawn naturally in the world, but you can use eggsspawns in creative mode, these are new entities, do not replace anything in the game.

Several strange mobs will be added in each update.

June 23, 2020 at 1:38 pm
The stupid linkvertise forces me to install an addon for chrome for continue that i DON'T WANT
Log in to Reply

June 23, 2020 at 8:26 am
Make The Flying heads can drop Mobs head and why the the flying Husk head Don't give us hunger effect?
Log in to Reply

June 23, 2020 at 4:29 am
WHY ARE THERE TWO LINKVERTISE YOU GREEDY BRAZILIAN CHIMP
Log in to Reply

June 23, 2020 at 4:25 am
no, I won't let you get money for this piece of garbage. you funny brazilian person :)
Log in to Reply
Report Comment
Follow:
Login Sign Up Submission
Tweets by MCPEDL
Tweets by MCPEDL