Spawn Setting is a function pack created to allow users, in realms, behavior pack supporting servers and any worlds to set a  spawn for their world. A spawn, in minecraft is when you have an area, a hub, a lobby that you can set anywhere in the world that anyone can teleport to at any time, using just commands! 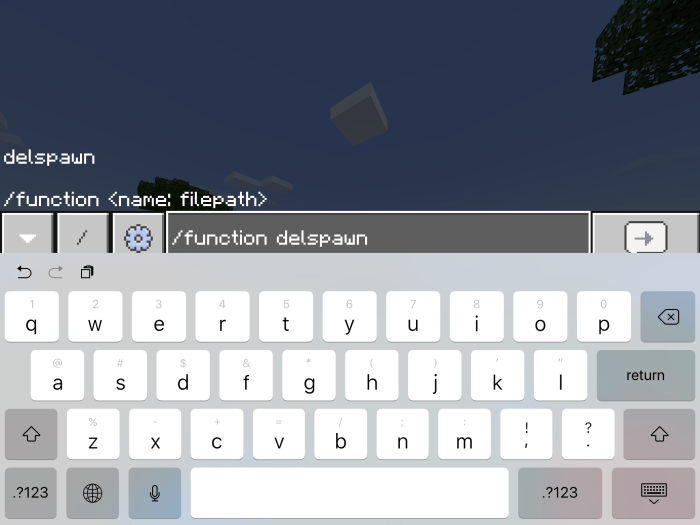 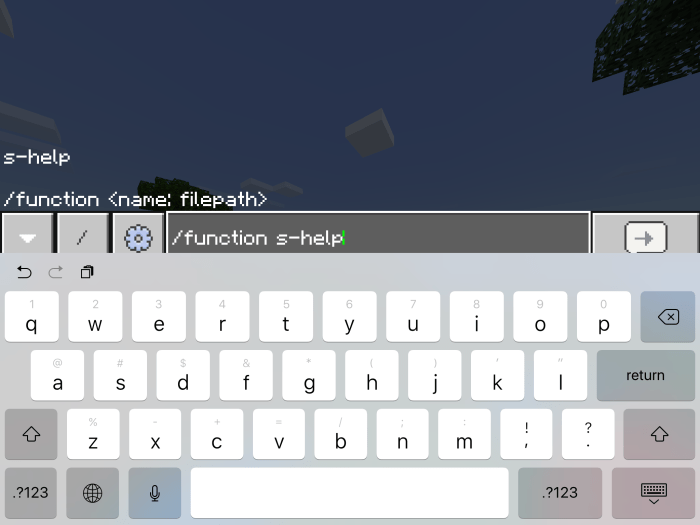 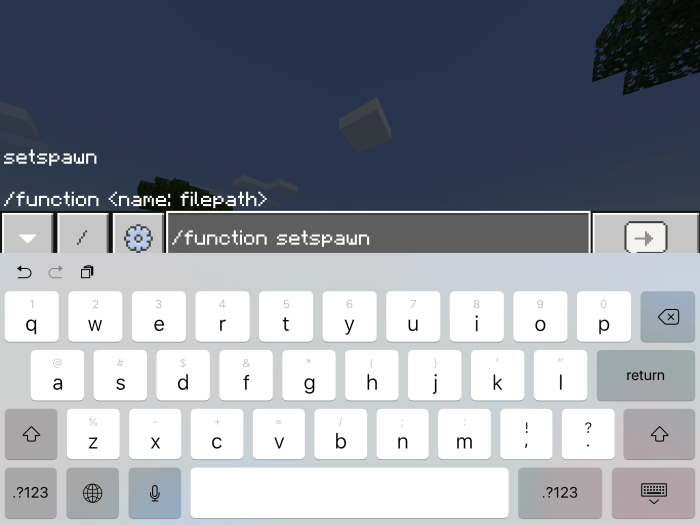 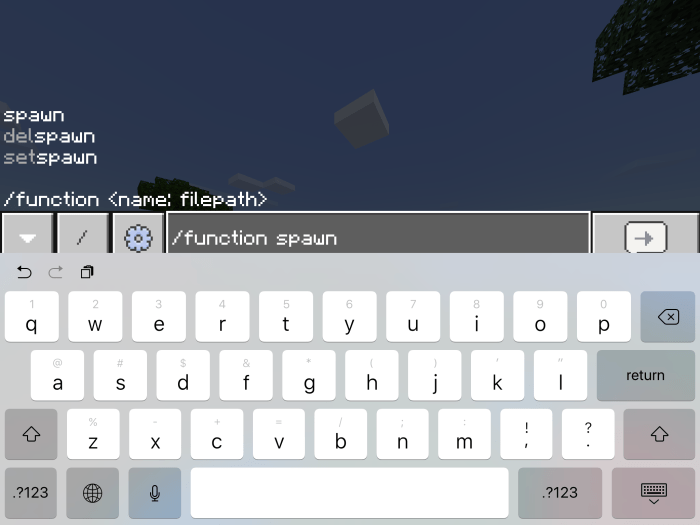 This is a very accessible function pack addon which adds 1 core feature and a little bit of commands. This addon adds a function pack system which allows players to set a “spawn” which is a hub or lobby created for players to teleport to at anytime anywhere in the world without an item, just a simple command. In servers, to teleport to a spawn, you run /spawn however that is not possible without a plugin so this addon is for people who cannot access a plugin.

For example, in a realm, in a normal world, playing with friends, a vanilla behavior pack supporting server or a Minecraft dedicated server. A dedicated server will certainly require this for the spawn since it does not support plugins.

To set a spawn, run the following command as highlighted in yellow. /function setspawn. This command will spawn in an invisible unique armor stand into the world to set your spawn. Make sure to read every message the game sends after running a command. After running /function setspawn your spawn will be set. Do not add more that one spawn or it will break it. If you accidentally placed the spawn in the wrong area, follow the next command’s instructions.

Changing your spawn or removing it:

To change your spawn, or remove all spawns (only 1 should be in a world, follow the instructions sent by the function pack or the above message), run the following command as highlighted in yellow.

Run the commands: /function delspawn. Go to where you want the spawn set and stand there. Now, run /function setspawn to replace the spawn.

Going to your spawn:

For help, please run the following command: /function s-help. The extra s- is created so you can use multiple function packs without intersection with the help command. For any extra help, please join our discord as linked and open a ticket or ping VideoCarp. It is preferred to ping VideoCarp however.

You can use this for the following ONLY!

Setting a home (while the homes one is coming soon).

Your own worlds, with friends or without.

For all of the above, you must however credit. Any other usage of this content is not allowed unless permitted by the creator, no one else.

Changelog
Changelog:
The discord link has broken down, we have replaced it with a new one, it should now work.

Setting up on your own server:

Servers are not worlds and cannot take .mcpack packs so you must do the following:

1. Change the file extension to .zip.

3. Move the file to the behavior packs folder on the server.

For any extra help on download, join the discord.

April 22, 2020 at 10:00 am
yu can do /spawnpoint then /gamerule keepInventory true /gamerule instentRespawn true then if you want to teleport just do /kill at any time
Log in to Reply

February 12, 2020 at 9:56 pm
Wait so you have to give players op in order for them to run the commands? Not good for realms and servers
Log in to Reply

February 01, 2020 at 3:30 pm
Those do indeed exist but you can’t teleport to them. You have to die.
Think what this is for, and check it before going on with this kind of a comment.
Log in to Reply