Welcome to the biggest event in the nation Súper bowl LV last years super was the Kansas City chiefs and the San Francisco 49ers that night the chiefs won the Super bowl for the first time in 50 years and their back to repeat but this time their facing against one of the teams from the nfc south the Tampa bay buccaneers. 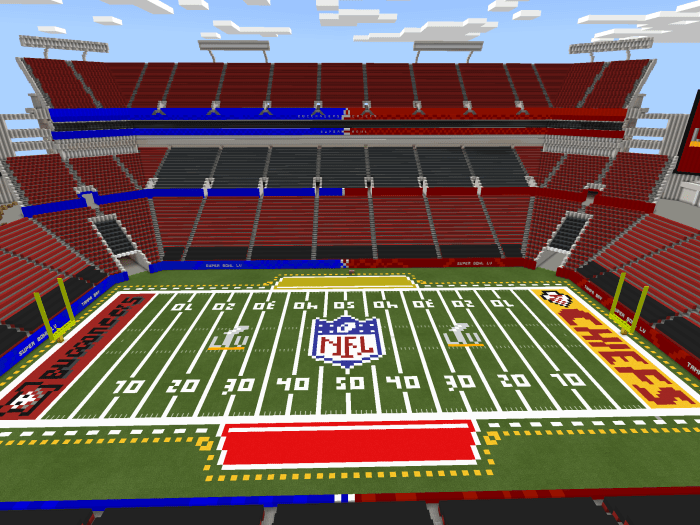 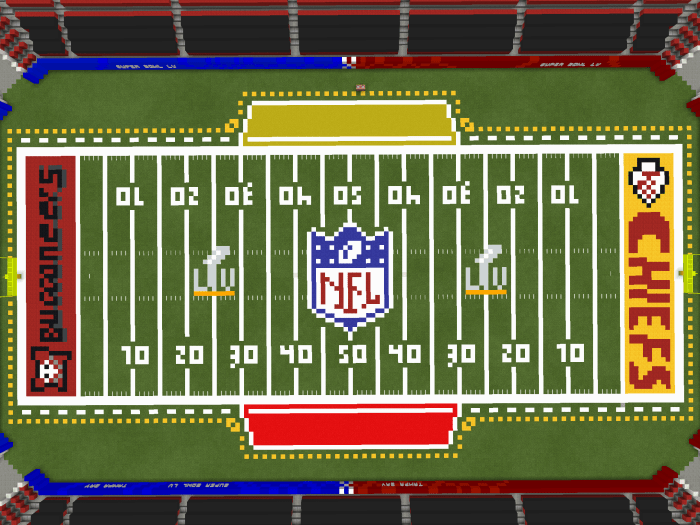 new update re textures the endzone field of both teams 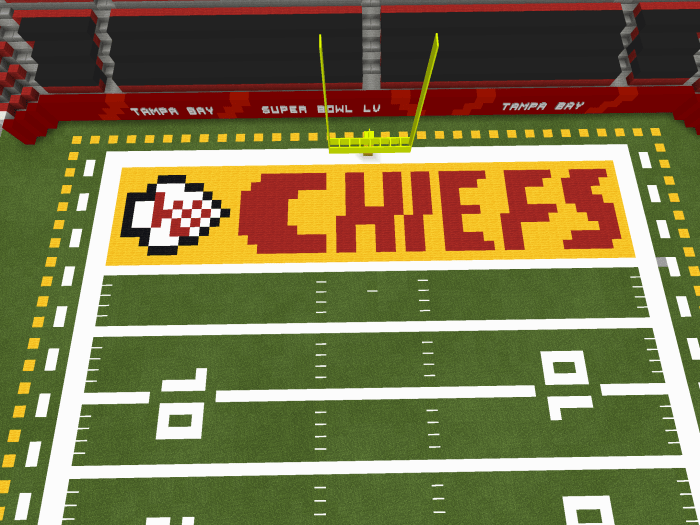 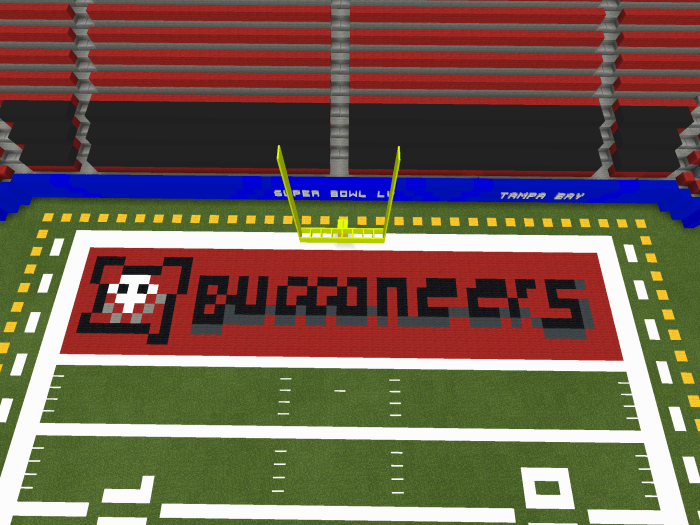 *NEW* ive build the the city buildings that was used in the halftime show even made the gold room inside. 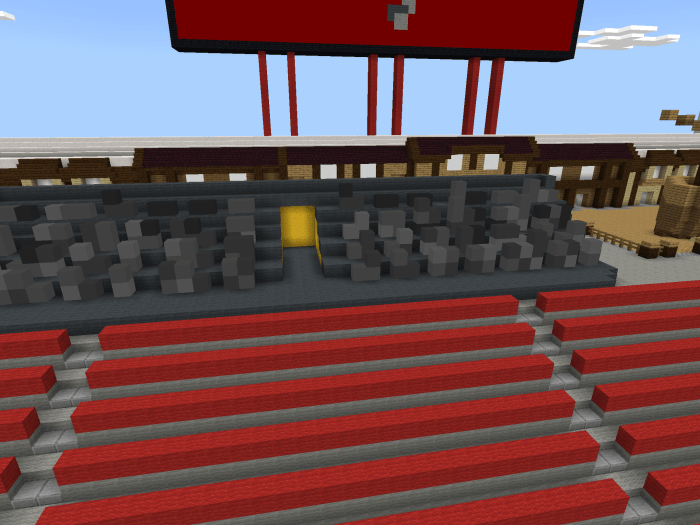 Made my very own nfl add on which includes the ball and the marker for the line of scrimmage and first down markers blue is the scrimmage and orange is first down. I made a video that is a long time ago showing how to throw the football here’s the link https://youtube.com/embed//gVVCtWZpYY8 very important to know 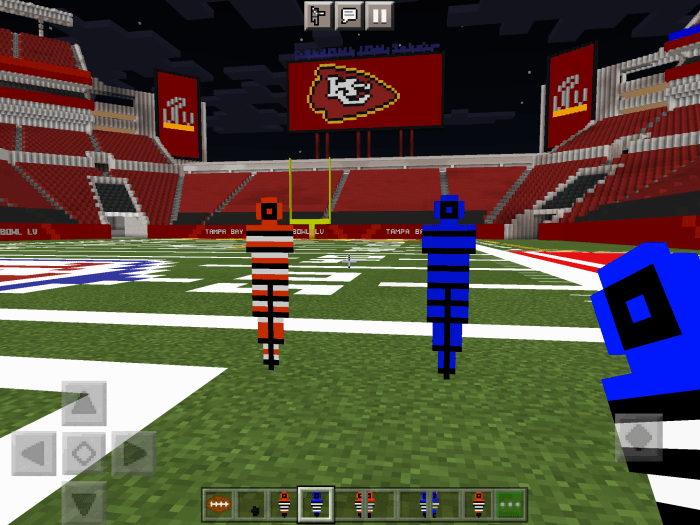 this not my stadium build I’ve only did the decorations of the stadium but the person who built the stadium is a YouTuber named TheCraftCrusader the link to his original built is right here https://youtube.com/embed//NbD8cAOh6_w so check it out 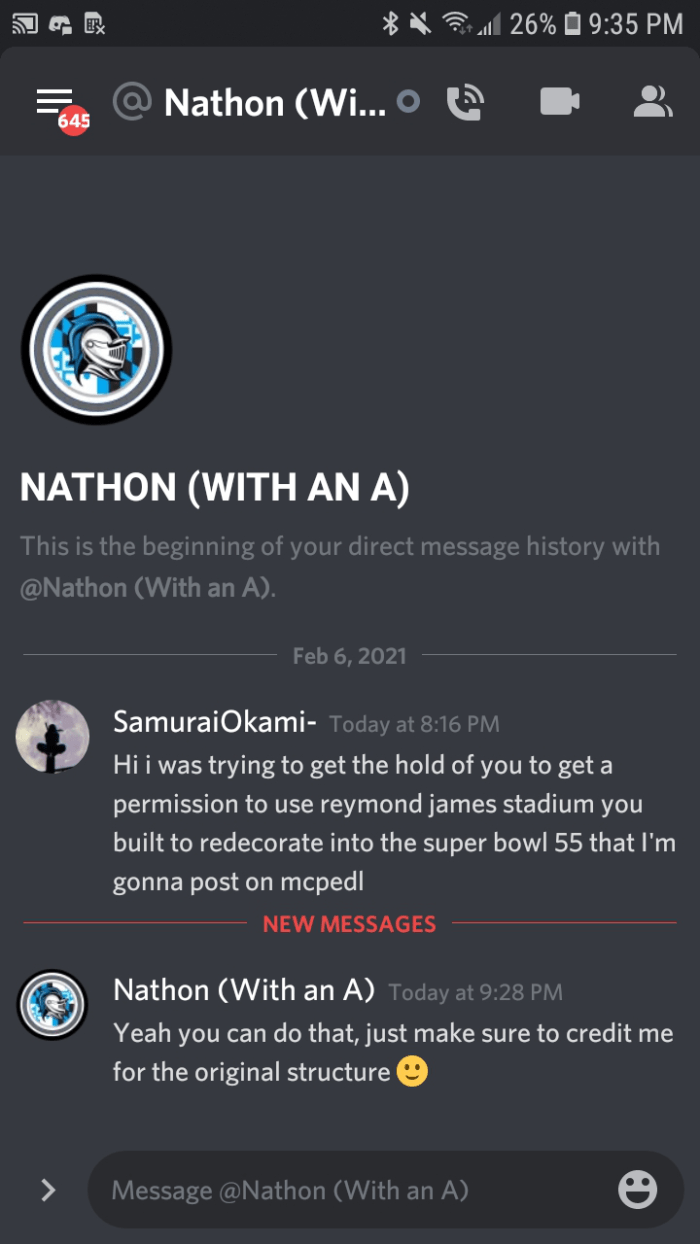 added the stage from the sb halftime show

made changes on the endzone on both teams

February 13, 2021 at 2:47 am
annoucement update to this map will be coming on sunday added a few thing also made some changes
Log in to Reply

February 12, 2021 at 12:33 pm
Hello! i really love this structure its amazing and really detailed! but i was wonddering if you take requests? if so i was wondering if you could build the house from Poltergeist (2015)? if you can that would be awesome! oh and if you do can you do it on a flat world? thank you for your time :)
Log in to Reply