With this add-on add your Minecraft world an invasion of symbiotes in which you will find a variety of mobs that exist in Minecraft merging with the Venom symbiote which will increase their stats, skills and even more dangerous than they were mobs.

This add-on will not replace any Minecraft Vanilla mob.

This add-on adds new enemies so you must be very careful because they are not the same mobs that exist in Minecraft.

These zombies are faster, produce more damage than a normal zombie and are immune to fire.

They do not attack with the bow but attack melee, have more life and are immune to fire.

Their explosion is now bigger than that of a normal creeper, they are not afraid of cats or ocelots.

They have more health, produce more damage and are immune to fire.

They have a larger size than a normal spider, produce more damage and have more health.

Unlike the normal spider and Spider-Venom these are tameable, to tame a Spider-AntiVenom you need to give it an antivenom bottle, when you have it tamed you can make it follow you or not, you can also ride on it.

These endermans have a lot of health and produce more damage.

They will appear in the oceans and are aggressive creatures, they can drop fish and a symbiote bottle on you. 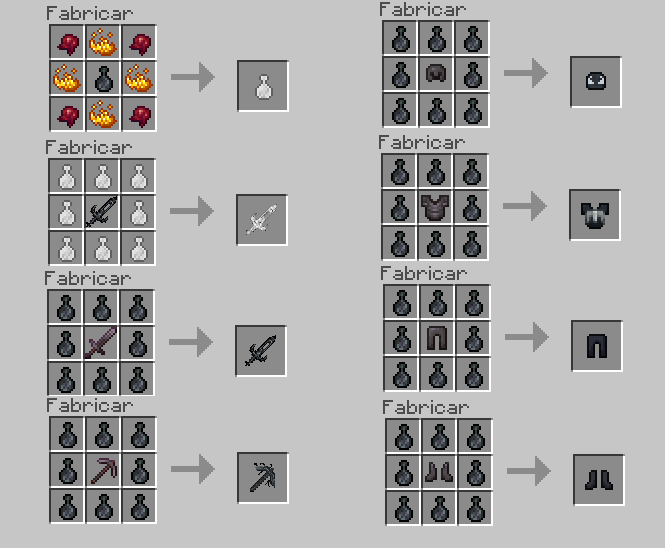 All tools and armor can be enchanted.

This add-on is compatible with the World Animals add-on and Lots of Health add-on.

September 07, 2021 at 11:00 am
looks epic
from the picture with the enderman im imagining the jaws will open up
and ender venom will show its teeth

July 06, 2021 at 12:50 am
I hate how you download this, ads keep Interrupting you. Easily the stupidest downloading method!!
Log in to Reply

April 24, 2021 at 1:43 am
Love the addon, one issue I have with it though is the Symbiote tools are so giant that you can’t see them on your screen in first person.
Log in to Reply

June 24, 2021 at 12:05 am
Also, don’t know if anyone else is having this problem but the Venom Creeper is invisible in my world. Was being used in a world with many other addons, just tested it in a world with just the VenomCraft addon and the tools are still giant with the Creeper Venom being invisible. Hope this gets another update, this addon is awesome!
Log in to Reply