Baby mode addon! Yes I'm finally done with this addon, this addon is not that baby mode that makes you a little kid, this one makes the game super easy! Mob drops are op! Wandering trader trades are op! New recipes and more!

DO NOT TURN ON EXPERIMENTAL GAMEPLAY OR IT WON'T WORK!!!

Baby mode addon, this addon allows you to make the game super easy! I recommend playing on easy mode with this addon for better experience! This addon changes the mobs behavior, they can avoid you, they can drop good stuff, or they can be neutral mobs. This addon also adds custom recipes like you can craft a diamond block with only 9 dirts! 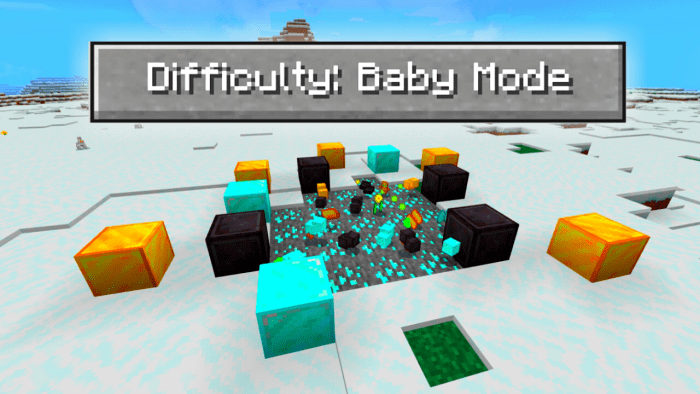 This addon makes the game alot more easier, it makes it so that getting the stuff you want are alot easier to obtain, you can either get them by digging dirt and trade them to a wandering trader, or you can kill mobs which has op drop. Minecraft's bosses will have very low health, including the ender dragon and the wither so that it makes it very easy to defeat these 2 bosses, the ender dragon might be still a bit difficult but it recommended to use beds for that, or a sharpness sword. Mobs can also be neutral or they'll just avoid you. Each mob will have op drops!

What are the features?

Mobs will drop good stuff, avoid players or they can be neutral to you (When you hit them, they will attack you) 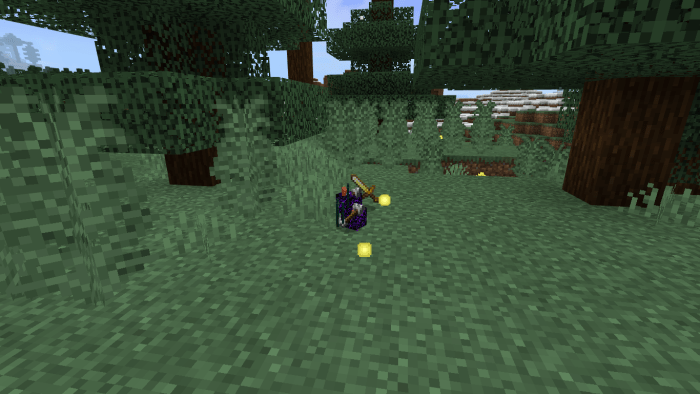 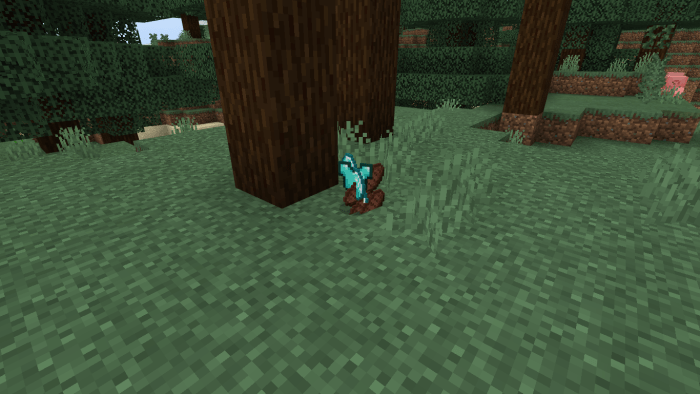 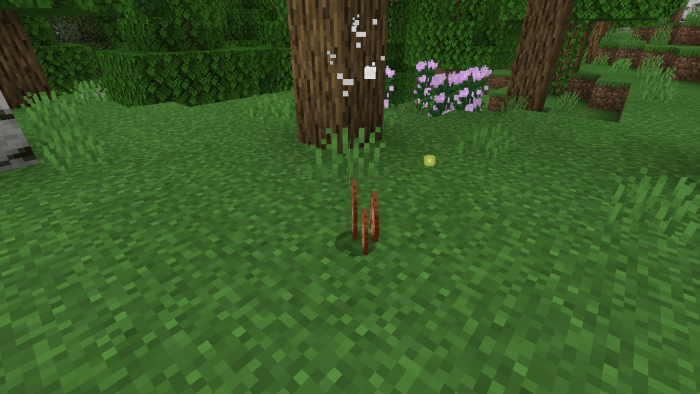 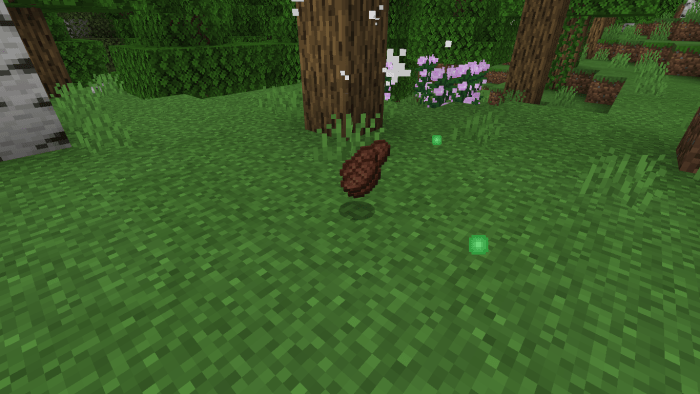 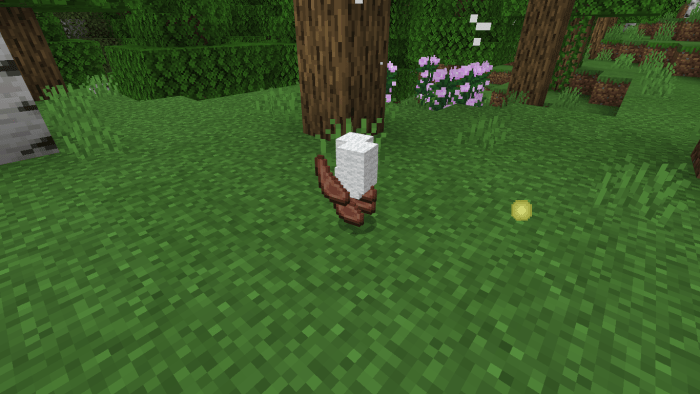 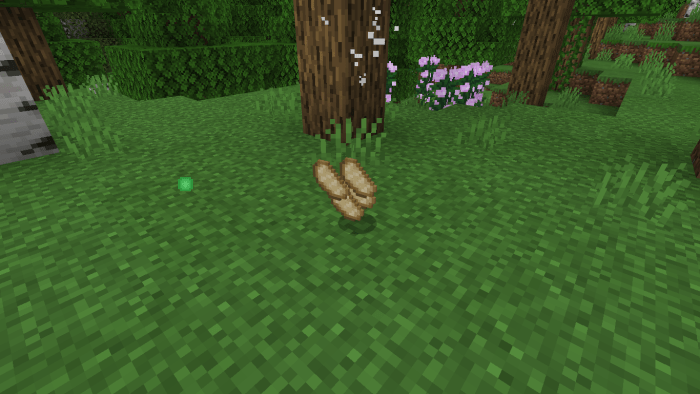 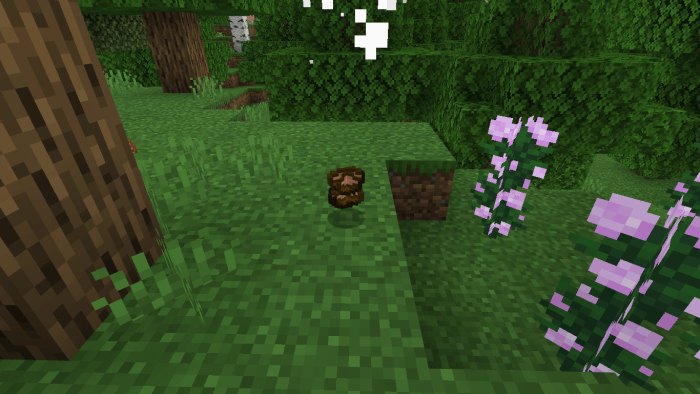 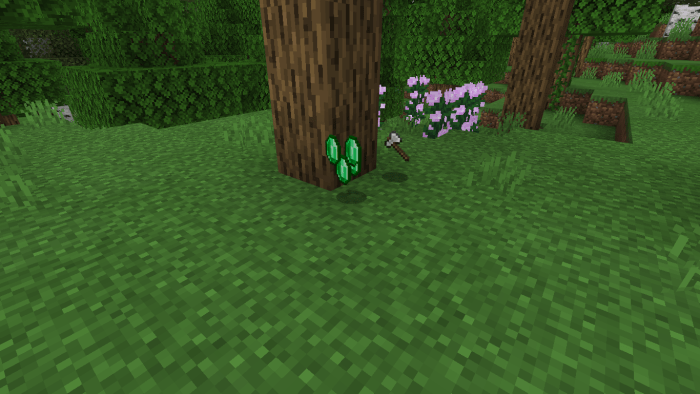 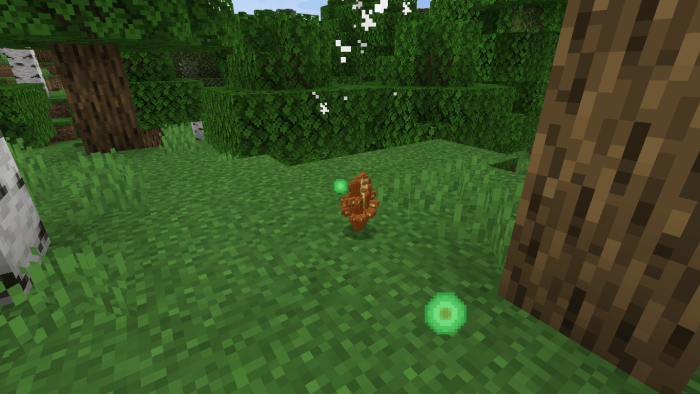 There are also new features that this addon adds into your world! For example:

Overpowered wandering trader trades (All you need is to dig dirt): 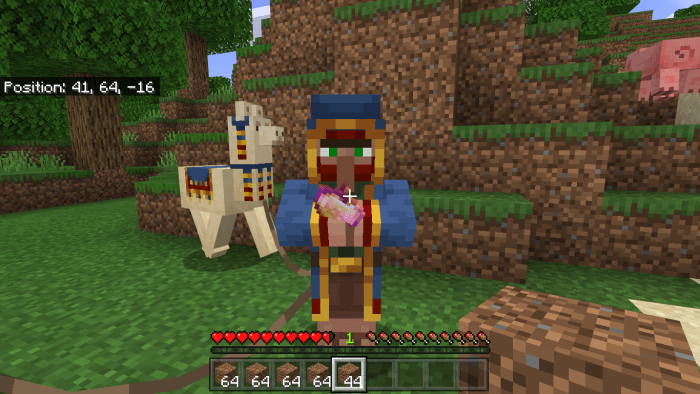 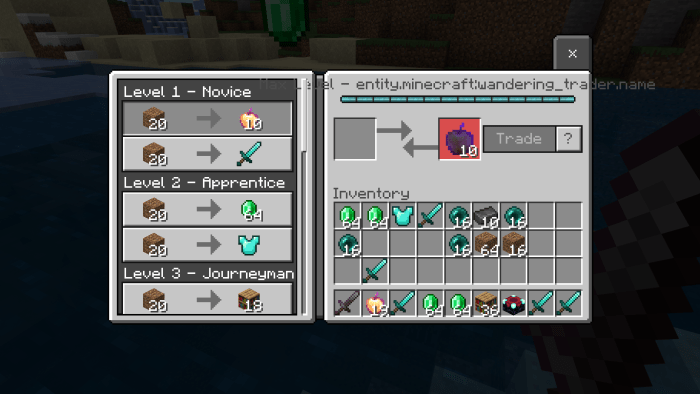 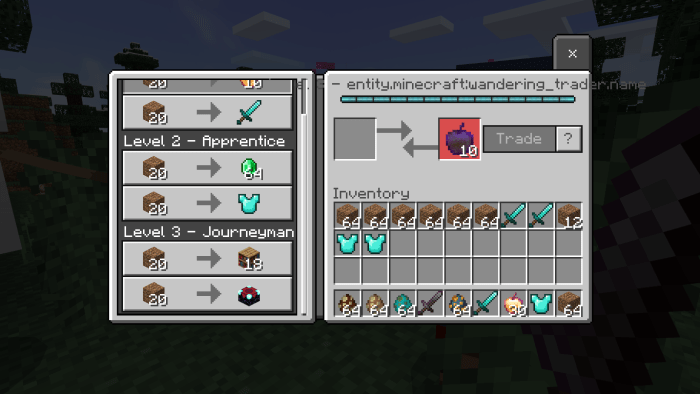 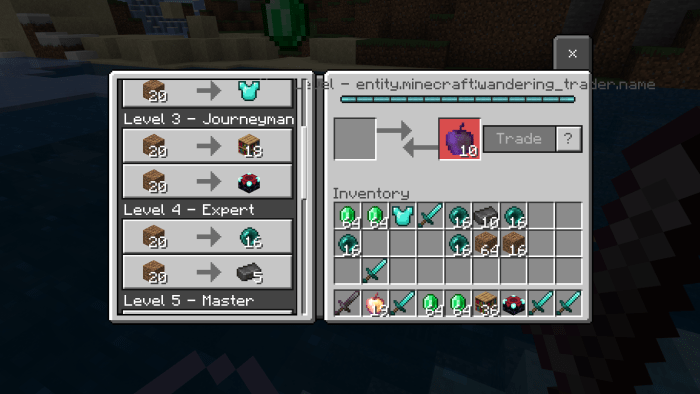 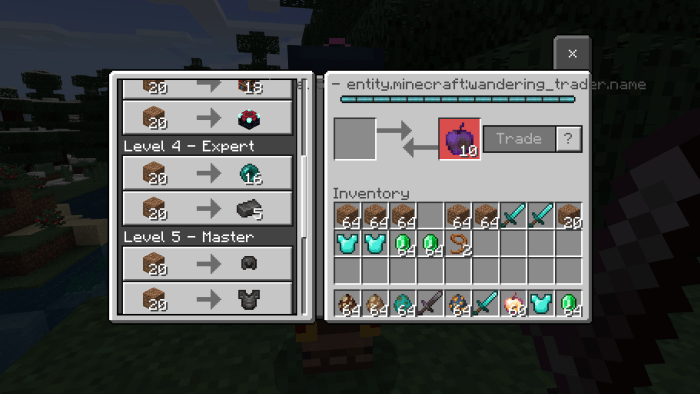 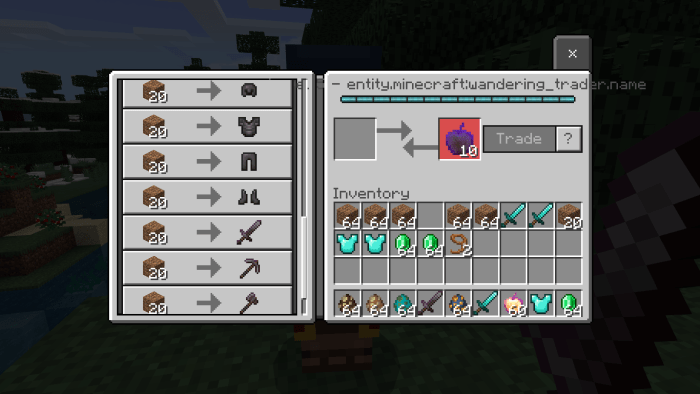 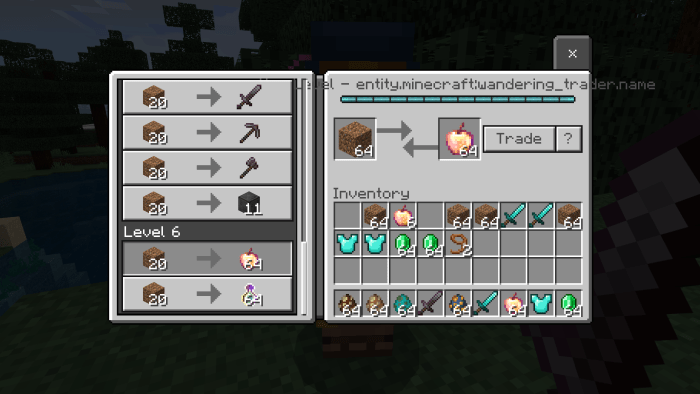 Custom item recipes that makes the game more and more easier! These custom recipes makes it so that it will be alot easier for you to obtain valuebles!

Here are the custom recipes! 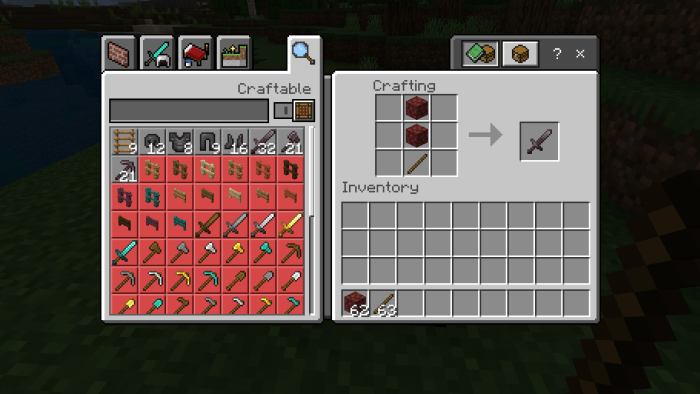 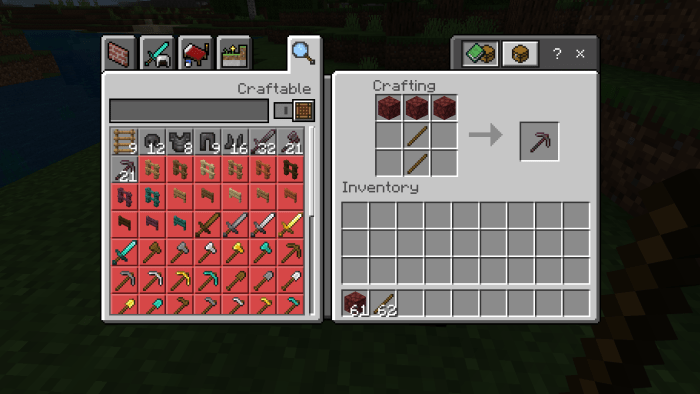 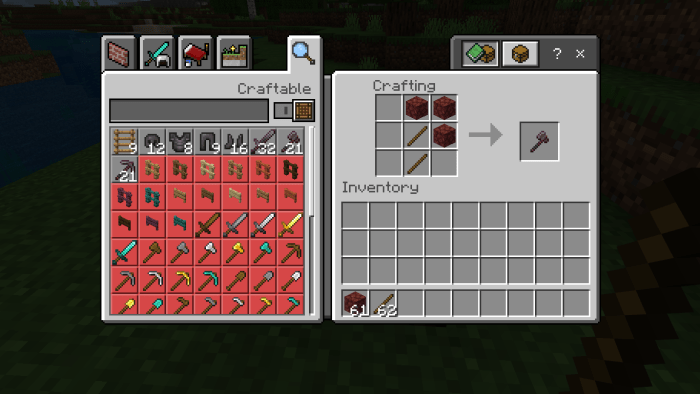 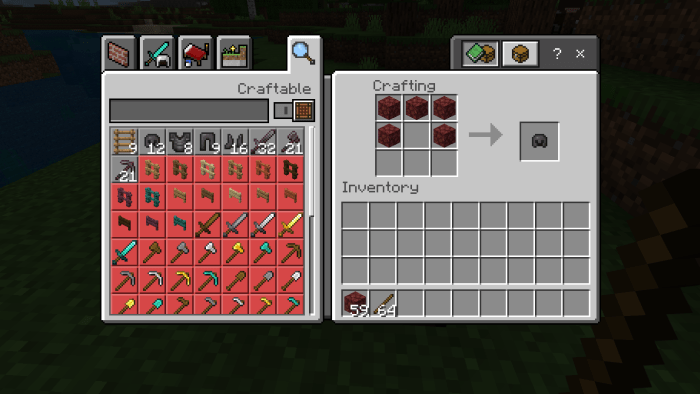 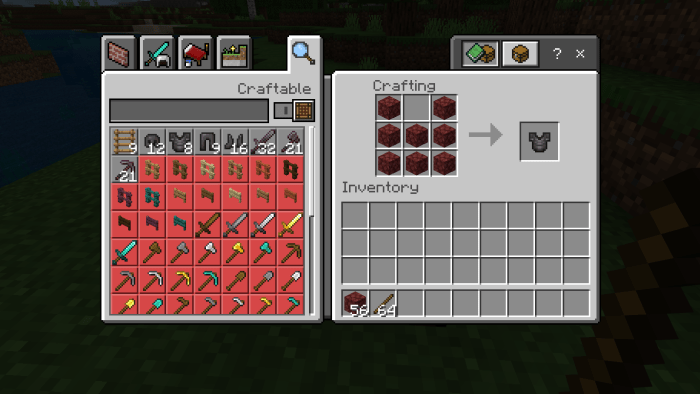 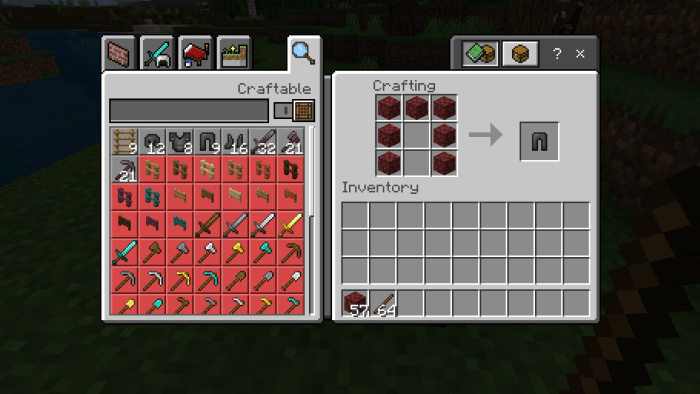 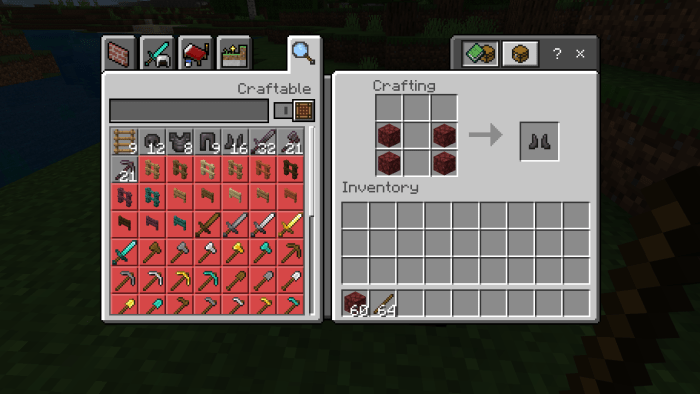 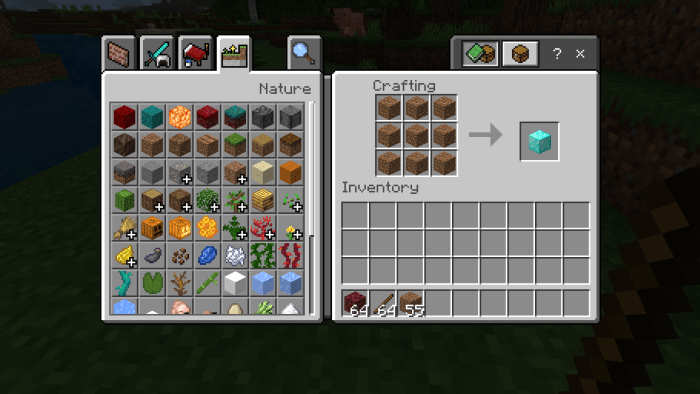 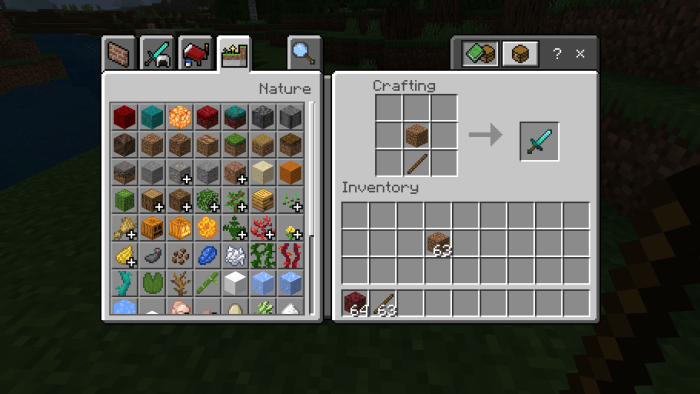 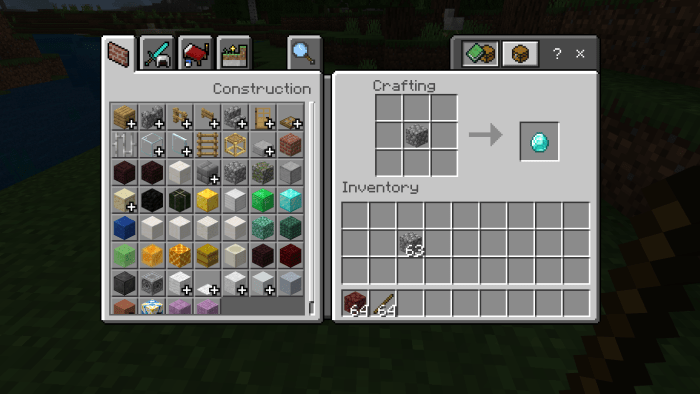 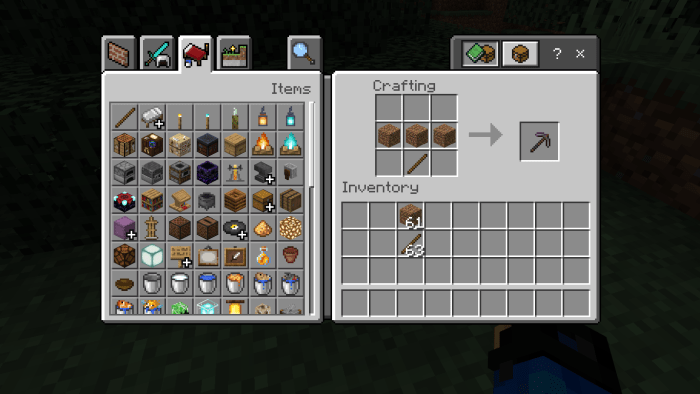 More custom recipe in the future!

NOTE: IF YOU'RE GOING TO MAKE A VIDEO ABOUT THIS ADDON. PLEASE USE THE SPECIFIC MCPEDL LINK FOR YOUR VIDEO DESCRIPTION AND PLEASE CREDIT ME OR I WILL FORCE A COPYRIGHT STRIKE TO TAKE DOWN YOUR VIDEO!

What are the new features?

Holding armor, tools and weapons with automatically enchant it with the best enchantments possible! New resistance effect so you will be unkillable!

DO NOT TURN ON EXPERIMENTAL GAMEPLAY OR IT WON'T WORK

Go to downloads section and click on "Download" or "Support me via adfly" you can also support me by subscribing!

Once it's downloaded, open the file with minecraft, then it should open minecraft and import the addon automatically

Now apply it to your world and ENJOY!!!

1
iLikeMinecraft April 08, 2021 at 6:20 am
Could you make it so theres no resistance i love this mod but the resistance makes it no fun
🧡

1
ShadowSkull764 March 01, 2021 at 10:16 pm
Uhh can you add shovels on the recipes it's really uncomfortable to see a diamond shovel eith all netherite lol. Anyways good addon or more like function pack i trolled my friends they still think dirt can make diamonds
🧡

1
Dynamo9Playz March 01, 2021 at 6:06 pm
I know it says don't but I need to make sure. This won't work if I enable experimental gameplay? Im wondering because I wanted it to play with other mods that require ex gameplay to work.
🧡

1
BeastDiamondYT March 03, 2021 at 2:51 am
Yeah i don't really know why most of the features of this addon doesn't work when experimental gameplay is on
🧡