The Cats+ Add-on aims to add new cat-centered features to Minecraft. It adds more types of cats to the game, including in the Nether and the End, as well as some new items that help cat owners play with & protect their feline friends. A couple of the new cats have cool abilities like the ability to teleport or immunity to fire!

This is an add-on that adds a couple of new types of cats to Minecraft, as well as multiple armor types and treats! 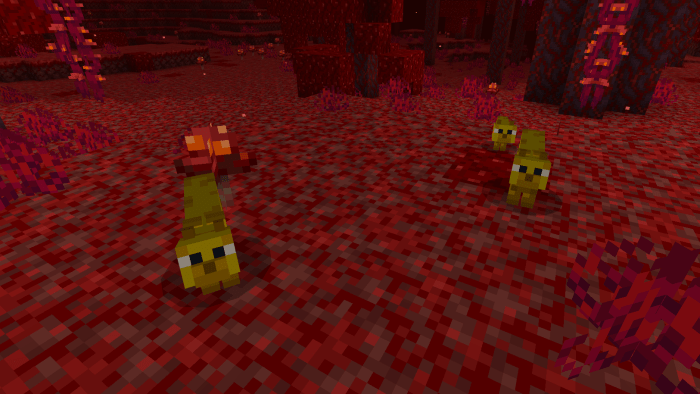 The Blaze Cat spawns in the Nether. These golden felines move quickly and have a natural immunity to fire and lava damage. 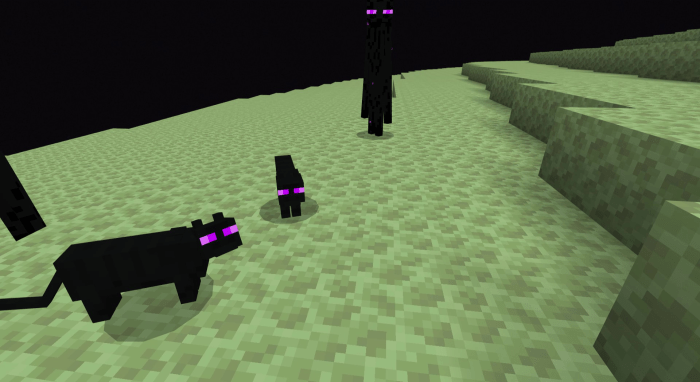 The Ender Cat spawns in the End! That wasn't too difficult to guess, was it? This cat has some features which are closely related to the Enderman such as the glowing eyes. However, there's a slight difference in that sense that it doesn't have a problem with being looked at. The End Cat has the ability to quickly teleport, but it will only use this ability if it gets angered or wet!

Use the nametag to get special skins for your new cats! 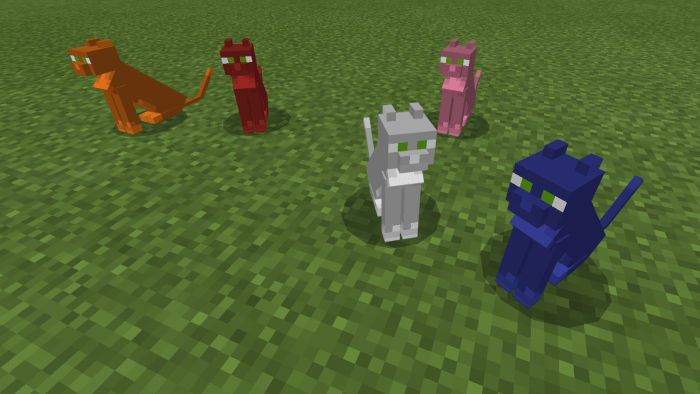 The Colorful Cat is covered in various shades of its collar color. Aside from the nice splash of color, it works much similar to an ordinary cat. To add this awesome cat to your collection, use a nametag with the label "colorfulcat". 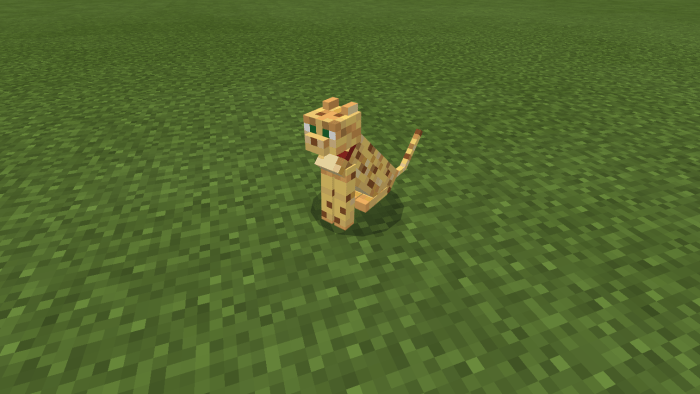 Do you want your cat to look like an ocelot? It's simple. Just use a name tag to name your cat "ocelot". 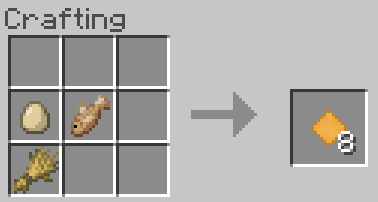 The Cats+ Add-on also adds something called Cat Treats which you can use to recover your lovely cat's health. You can't use this for breeding though. But this is a good thing as then you are able to quickly recover the health of many cats without ending up with plenty more cats than you started with. 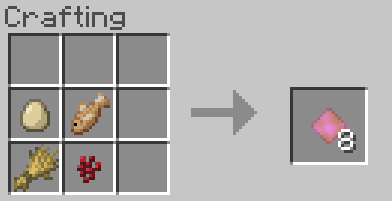 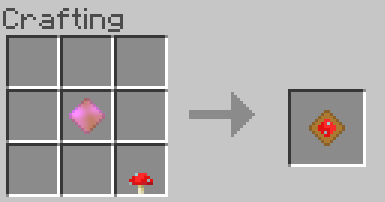 Feed your cat a Maximizing Cat Treat and they will double in size! It's a cat though, so no free rides! Besides their larger size, they will also benefit from having more health and attack power. 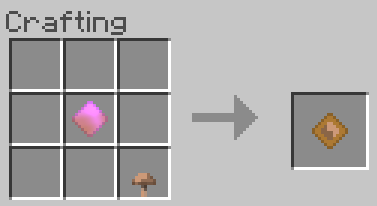 Feed your cat a Minimizing Cat Treat and they will shrink in size. This will make them run faster and also fit under half-slabs! Their health will remain the same as a standard-sized cat, but they will have less attack power. 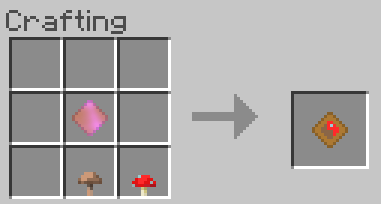 After some experimenting you might want to reset your huge or mini cat to normal size. Give them some Normalizing Cat Treat to do that! 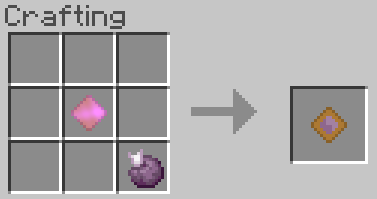 If you feed a cat a Phasing Cat Treat they will begin to teleport randomly for a while like an Enderman. To make them stop, tell them to sit. Ender cats have control over their ability to teleport, so they won't get this effect - instead they'll gain health. 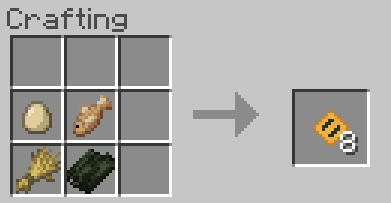 Ever fight a witch with your tamed cat in tow and end up having to suffer through helplessly watching your cat slowly succumb to the effects of poison? With the kelp cat treat, you can actually cure negative status effects! Take that, poison. 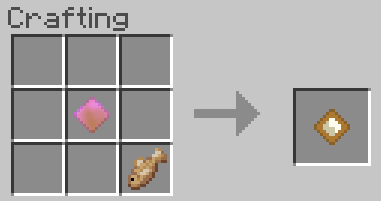 Accidentally tame one too many cats? Need to undo giving your cat an ability? Want to pass your cat on to someone else? Feed them this treat! The Forgetful Cat Treat will cause any tamed cat to forget their owner and remove any and all upgrades given to the cat. Note that this will reactivate any wild instincts the cat had before it was tamed, so have some fish at the ready to make sure it won't run away!

The Cats+ add-on has a few other features:

Down, but not out!

If a tamed cat happens to take some sort of fatal damage, it will enter the "downed" state. A downed cat becomes immobilized and unresponsive to any commands.

You have a few minutes to revive the cat before they're gone forever using either a golden apple or a cat emergency kit. 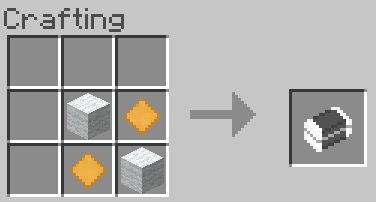 Cat Emergency Kits will revive a downed cat, bringing them back up to the health that they had just before being KO'd. Kits are consumed upon use. Note that a cat who takes fatal damage from lava will not enter the downed state - this is the one situation to avoid if at all possible. 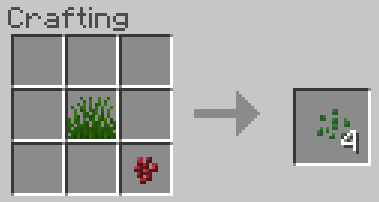 The recipe for this one will likely change in the future, but for now, if you craft together some grass with some netherwart, you'll get catnip! If you give your tamed cat some catnip, it'll start to run around crazily and it'll just generally act silly. Cats that have been given catnip cannot be told to sit and they will not follow the player, except by teleporting. After a little while, the effects of the catnip will subside. You'll need to wait a little while before you can give the cat some catnip again.

This add-on also includes armor for tamed cats! Similar to player armor, armor made from higher tier materials do a better job at protecting your feline friend. To remove armor, use shears on the cat. Only the cat's owner can change its equipment. 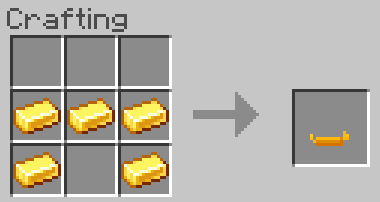 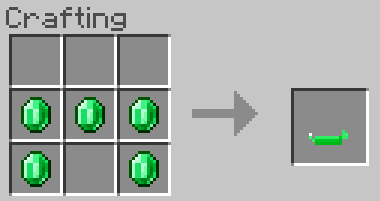 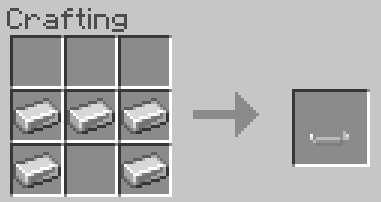 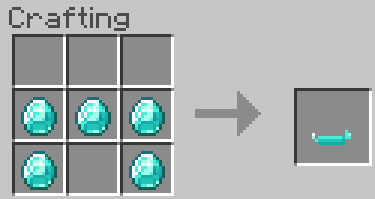 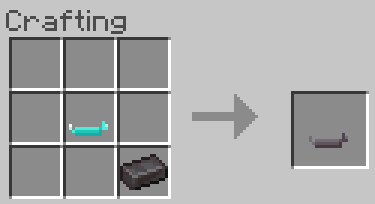 Netherite Cat Armor has the same protection level as diamond, with an added benefit of reducing knockback taken. Will eventually be a smithing table recipe, rather than a crafting recipe. The item is not fireproof at the moment, so please don't toss it into lava for lulz. 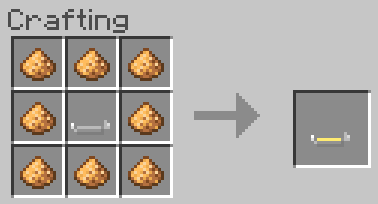 The Bright Cat Armor allows a cat to become a moving light source! There are a few things to keep in mind. Firstly, this armor will update blocks as the cat moves. This means that it may cause cave-ins if the cat walks over a sand bridge or near gravel. Secondly, this armor doesn't work underwater. Third, if the armor seems to leave behind some light (shouldn't happen, but might), the cat can walk back into that spot to clear it. 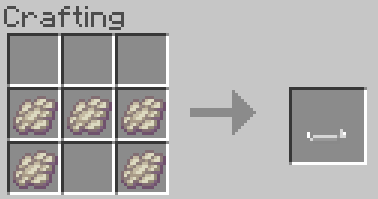 If you equip a cat with this armor, it will render them completely immune to any outside sources of damage - while also rendering them unable to attack.

Here are some common issues that you might run into while trying to use the add-on:

I'll more than likely continue to work on this add-on as time passes to remove bugs and refine/add features - especially as Mojang continues to unlock new add-on possibilities. I hope you enjoy it! Follow me on Twitter for more add-ons. :D

Download the add-on, open it and Minecraft should automatically install it for you.

December 18, 2021 at 9:34 pm
I love all of the animal addons you make! This one works perfectly with a realm i have but i really feel like there should be a horse one too. it would be so cool to have more horses and stuff.
Edit | Reply
🧡

December 14, 2021 at 1:31 pm
I really like this addon I'm a huge cat lover as well as dogs so i found this addon as well as your wolves+ addon lots of fun. I just have one request can can you please keep adding content and updating it, i would really like to see it updated to 1 18, best regards
Edit | Reply
🧡

October 14, 2021 at 5:27 pm
Just because you like wolves more than cats, that doesn’t mean you should leave this mod with no updates, please add as much content here just like your Wolves+ mod.
Edit | Reply
🧡

June 21, 2021 at 1:08 am
LOVE the wolves plus mod, glad to see there's a cats version. do you plan on adding new biome-specific skins, like a frost cat or different breeds?
Edit | Reply
🧡

July 24, 2021 at 9:24 pm
There’s this app called izip, download it to that and then from there download it to minecraft, worked for me, idk if it’s on android though, I also don’t know what u play on
Edit | Reply
🧡

May 15, 2021 at 3:42 pm
Could u make Farm+? Like redo the behaviors of the cows/mooshrooms, sheep, pigs, chicken etc. because they need some new variations and they’re quite bland right now.
Edit | Reply
🧡

April 13, 2021 at 11:12 am
Can you plz make cat toys and cat beds or a pet locator if u misplace your pets.
Edit | Reply
🧡
Report Comment
Login Sign Up Submission